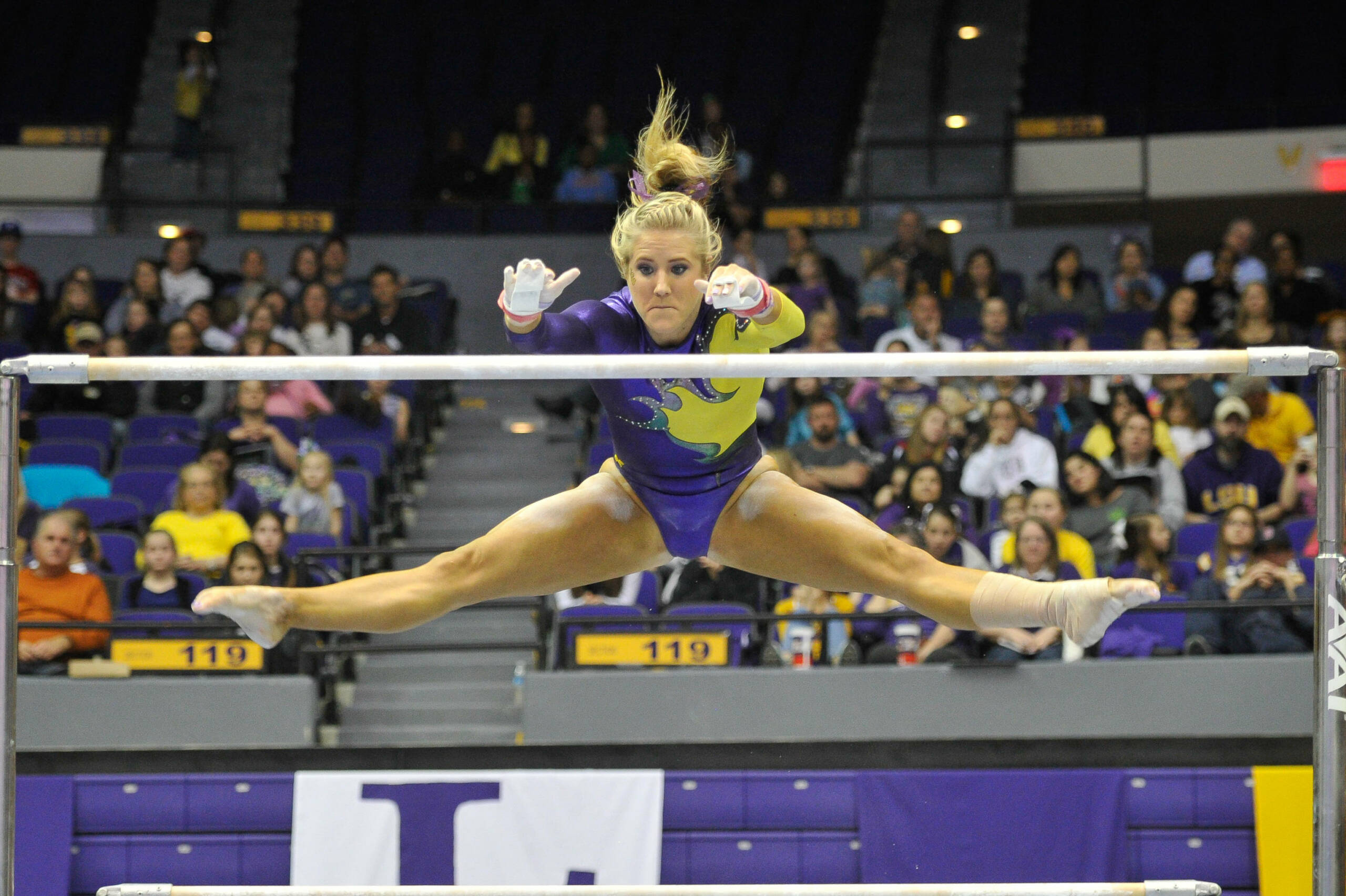 BATON ROUGE – In what marks the final meet of the regular season, the No. 1 ranked LSU gymnastics team will square off against Southeastern Conference rival Kentucky on Senior Night at 6:45 p.m. CT Friday in the Maravich Center.

“I am excited to honor our six outstanding seniors,” LSU head coach D-D Breaux said. “They are all wonderful people and unbelievable teammates and leaders for this team. They have given so much to our program over the last four or five seasons, and I hope the fans will arrive early to help us recognize and honor them.”

Tickets are available for purchase at a cost of $5 for adults and $3 for youth, ages 3-12, and fans can purchase tickets by logging on to www.LSUtix.net, calling the LSU ticket office at 225-578-2184 or by visiting the ticket office on the first floor of the LSU athletic administration building.

“I expect this team to go out and compete with enthusiasm and energy,” Breaux said. “We need to see our best lineup since this is the final meet before the SEC Championship, and we are ready to compete against a solid Kentucky team.”

The Tigers are looking not only to close out the regular season with a perfect 6-0 home record, but they are also hoping to extend the school-record streak to nine straight meets with a 197 or higher. The current streak of eight consecutive meets with at least a 197 score ties the record previously set during the 2004 season.

This marks the second meeting between the two teams this season after both competed at the Metroplex Challenge on Feb. 15. LSU finished with a then school-record score of 197.875, and Kentucky earned a 194.850.

LSU boasts a nation-high seven gymnasts ranked in the Top 25 in at least one category. Rheagan Courville, Kaleigh Dickson, Lloimincia Hall, Jessie Jordan, Sarie Morrison, Britney Ranzy and Jessica Savona are all ranked, and Courville is one of only three gymnasts across the country ranked in all four events and the all-around, joined by Florida’s Bridget Sloan and Nebraska’s Emily Wong.

Courville took home the all-around title and a share of the vault and bars titles last week against NC State, while Hall won floor and shared the vault title. Morrison tied for the bars title, and Jordan captured the beam title with a career-high 9.975 that ranks as the best beam score by an LSU gymnast since Ashleigh Clare-Kearney posted a 9.975 in 2008.

Kentucky is led by senior Audrey Harrison who captured the all-around title last week with a season-high 39.325 on what marked Senior Night for the Wildcats.

Live video of the meet will be available to Geaux Zone members at www.LSUsports.net/live, and fans can access live stats as well at LSUsports.net.

To connect with the team and receive live updates throughout the meet, fans can follow the Tigers on the team’s social media accounts: www.Facebook.com/lsugym, @LSUgym on Twitter, @LSU_gym on Instagram and www.YouTube.com/LSUgymnastics.