Baseball Defeats Nicholls, 5-3; Southern Up Next 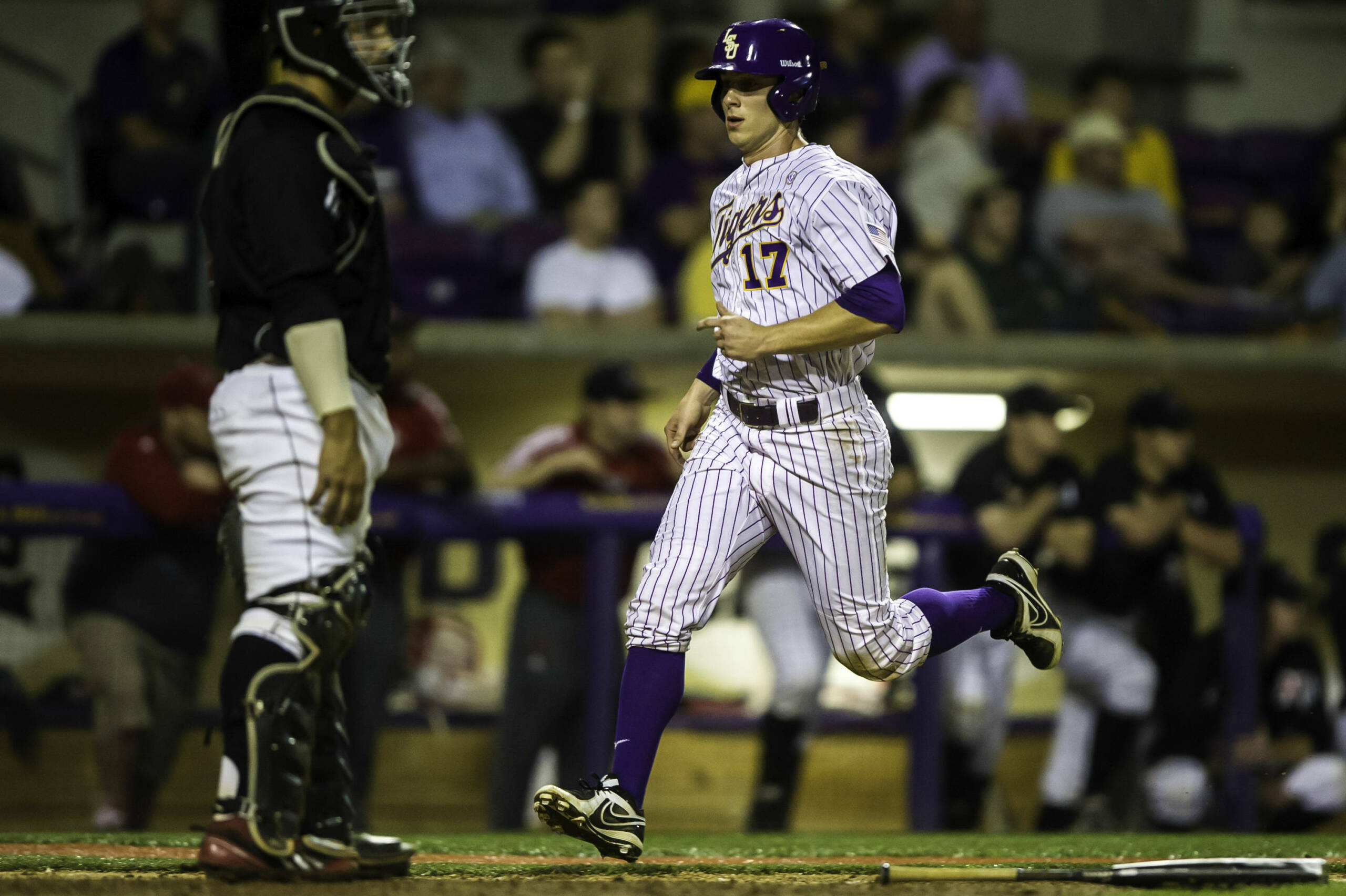 The Tigers (15-2) return to action at 6:30 p.m. Wednesday against Southern University. The contest will be televised by CST, and fans can listen to the game on the LSU Sports Radio Network. Live video, audio and stats will be available in the Geaux Zone at www.LSUsports.net/live.

“Definitely not an artistic success, but it was important for us to earn this win,” said LSU coach Paul Mainieri. “To be honest, I kind of expected this type of game. We had played five games in five days, we took the day off Monday, and the players are taking mid-term exams this week. They’re kids, and the sharp focus isn’t going to be there every single night.

“Nicholls threw some very good arms at us, and they have good hitters – I’m just glad we got the win and can look ahead to our next game with Southern tomorrow.”

Nicholls State (8-9) took a 1-0 lead in the top of the first on an RBI single by Tyler Duplantis against LSU starter Brady Domangue.

LSU tied the game at 1-1 in the bottom of the first. Conner Hale hit a sacrifice fly to center field to plate Mark Laird.

Jared Foster gave LSU the lead in the bottom of the second with an RBI double down the right field line. An RBI groundout by Danny Zardon extended the Tigers’ lead to 3-1.

The Tigers stretched the lead to 5-2 in the bottom of the seventh. With runners on first and second, Sean McMullen drove in Andrew Stevenson on an RBI single to left-center field. Alex Bregman then hit a two-out RBI single to plate Foster.

The Colonels added a run in the top of the eighth when Leo Vargas delivered an RBI single to left field to score Philip Lyons.

Domangue (2-0) earned the win for the Tigers, allowing two runs on five hits in five innings with one walk and two strikeouts. Joe Broussard earned his third save of the year by retiring the side in order in the ninth.

Starter Mike Hanchar (0-1) was charged the loss for Nicholls State, as he surrendered three runs on two hits in five innings with two walks and two strikeouts.