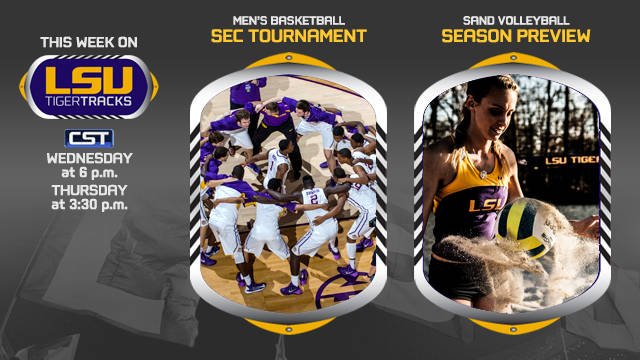 BATON ROUGE, La. – This week’s edition of LSU Tiger Tracks, a program highlighting various aspects of the university and its athletic department, can be seen at 6 p.m. Wednesday and 3:30 p.m. Thursday on Cox Sports Television.

LSU Tiger Tracks begins with a preview by correspondent Garrett Walvoord of the SEC men’s basketball tournament. LSU faces Alabama in its opening game at 6 p.m. CT Thursday in Atlanta.

The show continues with a look at the new LSU sand volleyball program, which opens play on Tuesday, March 18 with a match against UL-Monroe at Mango’s Beach Club in Baton Rouge.

The show also features a highlights package of LSU’s best plays of the 2013 football season and a story about the university’s world-renowned landscape architecture program.