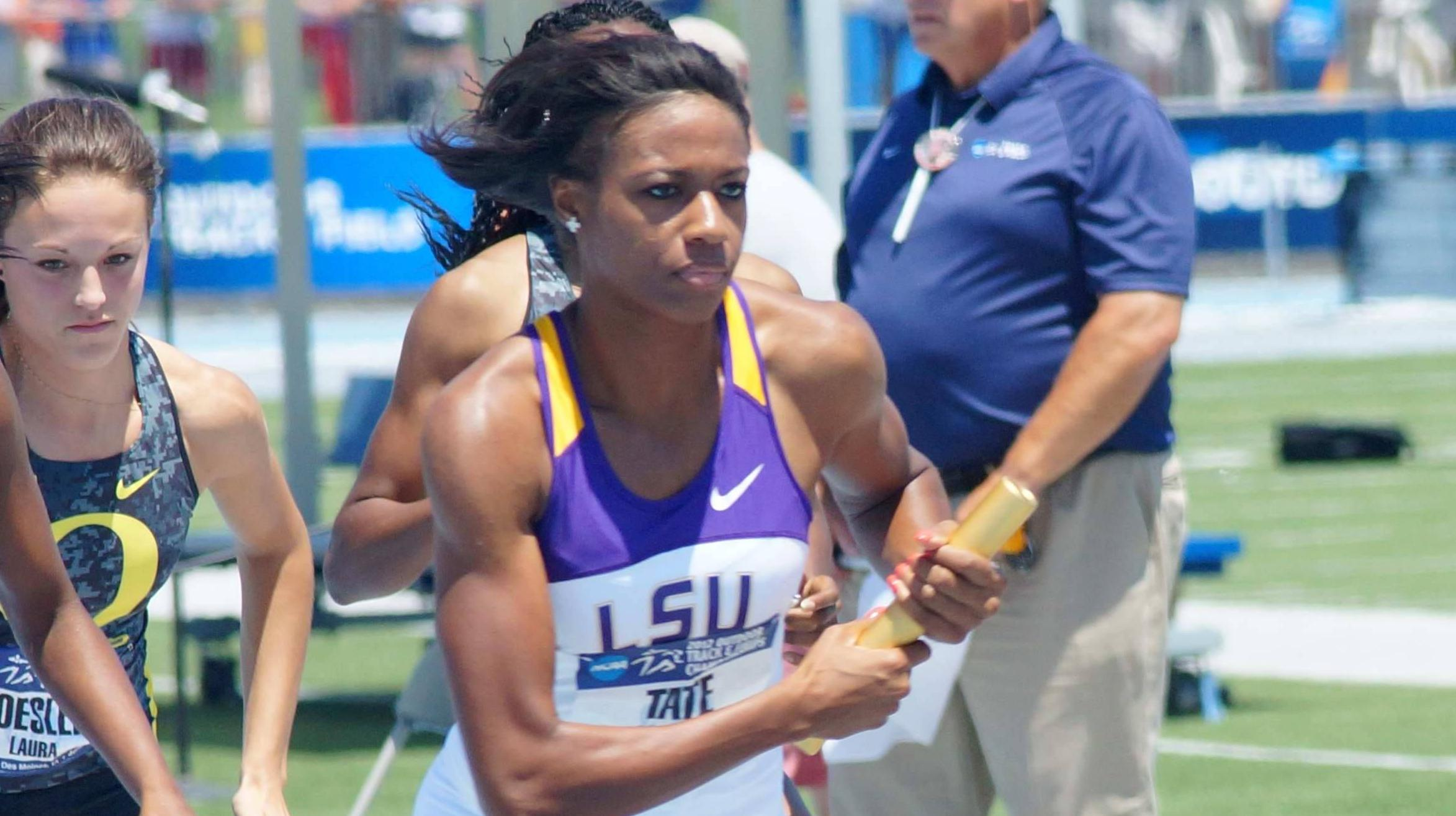 BATON ROUGE – Former Lady Tiger national champion and Team USA rookie Cassandra Tate certainly made the most of her first international experience as a professional as she anchored the United States to a gold medal in the women’s 4×400-meter relay during Sunday’s finale at the 2014 IAAF World Indoor Championships in Sopot, Poland.

The United States led from the start as Tate anchored the squad to the gold medal with a 51.67-second split on the anchor leg for a world-leading time of 3 minutes, 24.83 seconds in the women’s final. Jamaica claimed the silver medal nearly two seconds later with a national indoor record of 3:26.54, while Great Britain took home the bronze medal in 3:27.90.

With Tate anchoring the United States to victory in the 4×400-meter relay, LSU Track & Field athletes have now won 11 medals all-time while competing at the IAAF World Indoor Championships as she is the first to win a medal since Lolo Jones won back-to-back World Indoor gold medals in the women’s 60-meter hurdles in 2008 and 2010. Tate is also the seventh-straight medalist to win gold since 2003.

The 2012 NCAA Outdoor champion and U.S. Olympic Trials finalist earned her spot on Team USA’s 4×400-meter relay pool with a fourth-place finish in the women’s 400-meter final at the USA Indoor Championship just two weeks ago where she ran a lifetime personal best of 52.40 seconds at the Albuquerque Convention Center in Albuquerque, N.M.

Tate was not the only LSU Track & Field alumnus to find success in Sopot, Poland, at this year’s IAAF World Indoor Championships as former Tiger sprinter Gabriel Mvumvure advanced to the semifinals of the men’s 60-meter dash while setting a national indoor record for Zimbabwe. After setting a personal best of 6.64 in the qualifying round, Mvumvure finished in 11th place overall between the three semifinal heats after posting his country’s national indoor record of 6.60 for third place in the first heat.

Jamaican international Damar Forbes, the 2013 NCAA long jump champion and World Outdoor Championships finalist, also earned a 15th-place finish in the qualifying round of the men’s long jump on Friday with his top jump of the day at 25 feet, 2 ¾ inches to wrap up his debut appearance at the IAAF World Indoor Championships.