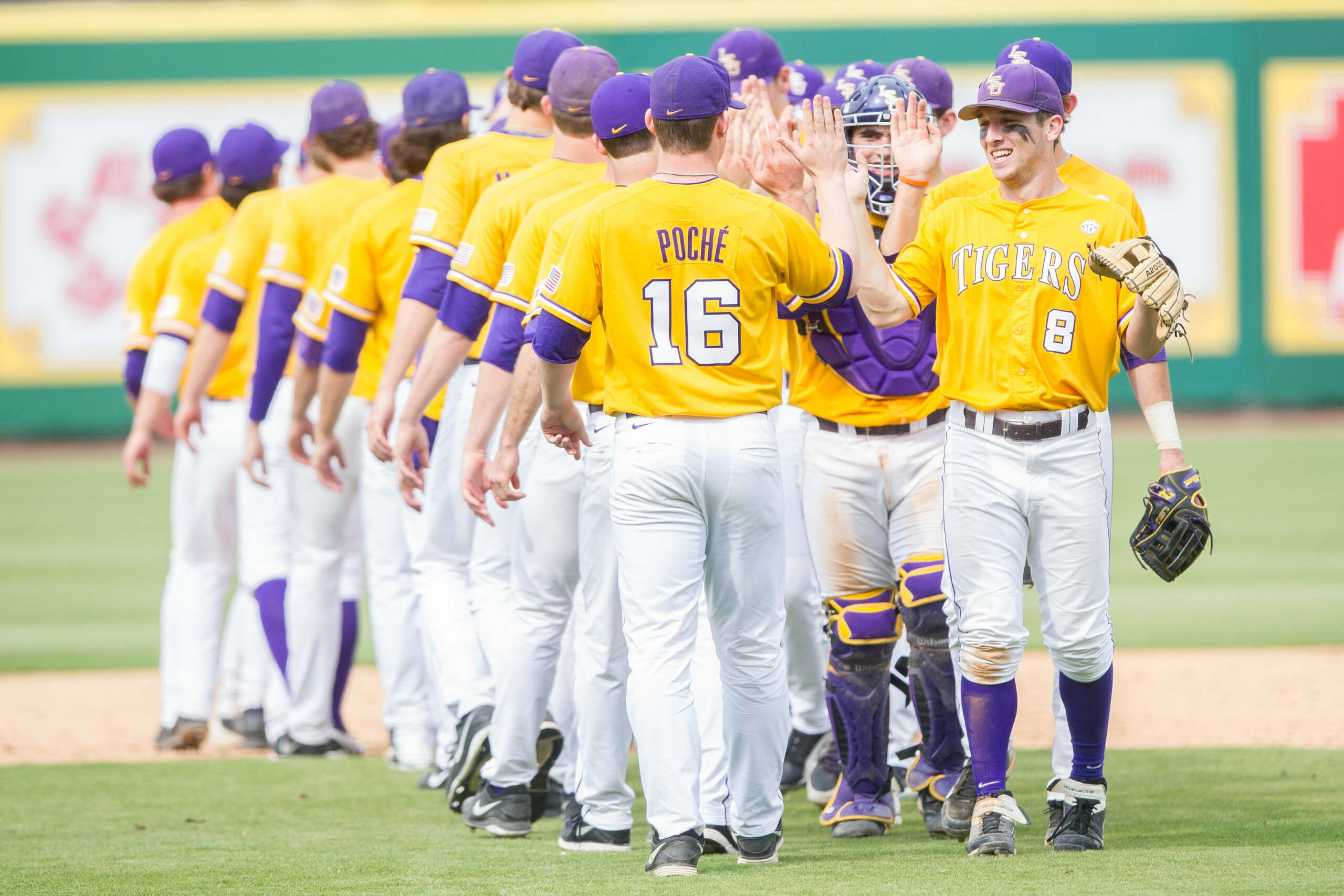 LSU won its fifth straight game to improve to  14-2 on the year, while Purdue dropped to 1-10. The Tigers swept their final non-conference series of the year, outscoring the Boilermakers 21-5 over the weekend.

LSU plays host to Nicholls State (8-8) at 6:30 p.m. on Tuesday. Junior right-hander Brady Domangue (1-0) will start on the mound for the Tigers. The game will not be televised, but it can be heard on the LSU Sports Radio Network. Live video, audio and stats will be provided for members of the Geaux Zone at LSUsports.net/live.

“I thought it was a pretty well-played, hard-fought ball game, and I was pleased with the way we executed at the plate,” said LSU coach Paul Mainieri after Sunday’s win. “The middle of our lineup – Alex Bregman, Conner Hale, Kade Scivicque and Andrew Stevenson – all swung the bats really well, and Mark Laird did a great job as a table-setter by getting on base four times.”

The win complete a stretch of five games in five days for LSU, all of which resulted in Tiger victories.

“When the weather forced us to postpone a game and force us to play five times in five days, I thought it was a silver lining,” Mainieri said. “Baseball is the type of game where you can get better by playing every day, and our team was able to relax and just play. I think we gained a lot of confidence and really improved as a team during this stretch.”

LSU took a 2-0 lead in the bottom of the first. With the bases loaded, Hale hit an RBI single to left field to score Sean McMullen. Stevenson followed with a sacrifice fly to left field to plate Laird.

Purdue’s Conner Hudnall tied the game in the top of the third with a two-run home run to right field.

LSU catcher Chris Chinea lined an RBI double in the bottom of the fourth to plate Stevenson and take a 3-2 lead.

LSU extended the lead to 6-2 in the bottom of the fourth. With runners on second and third, Hale grounded out to the shortstop for an RBI. Scivicque followed with an RBI single to left field to plate Bregman. Stevenson then extended his hitting streak to 14 games with an RBI triple to right field.

LSU reliever Alden Cartwright (1-0) earned the win after not allowing a hit in 1.2 innings of work. LSU starter Cody Glenn worked four innings, limiting the Boilermakers to two runs on four hits with no walks and two strikeouts.

Parker Bugg collected his second save of the year by working 1.2 innings. Bugg only allowed one hit and struck out one with no walks.

Purdue starter Connor Podkul (0-2) was charged the loss. Podkul worked three innings, giving up three runs on five hits with one walk and one strikeout.