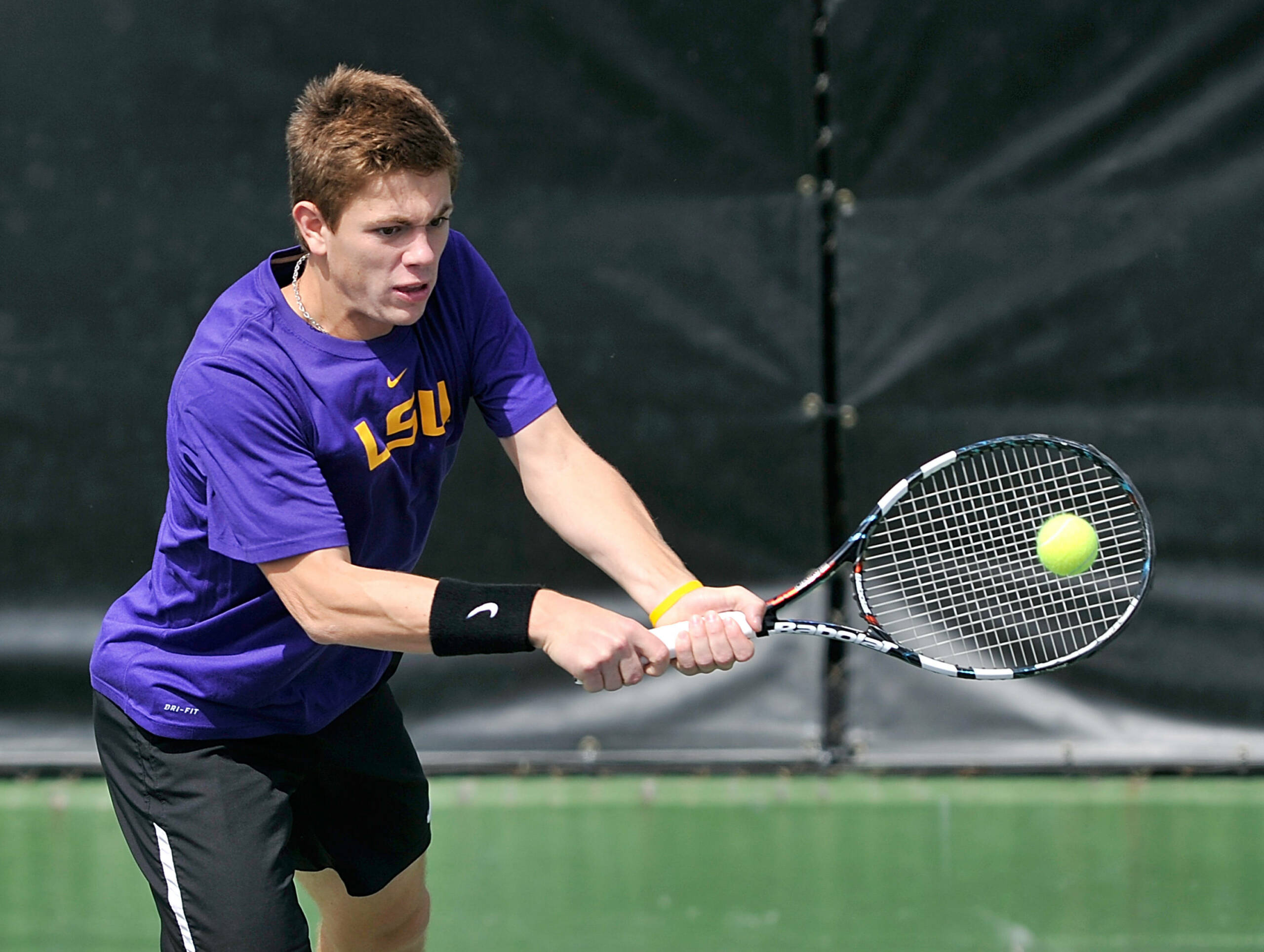 AUBURN, Ala. – The LSU men’s tennis team travels to Alabama to take on No. 36 Auburn at the Yarbrough Tennis Center at 1 p.m. on Sunday afternoon.

“This will be a great test for our team,” said LSU head coach Jeff Brown. “Auburn has a good team, and they are better on their own courts.”

For LSU, junior Chris Simpson is ranked No. 109 in singles, and he and partner sophomore Boris Arias are ranked No. 20 in doubles. Auburn has three ranked singles players. Lukas Ollert, Dan Cochrane and Dante Saleh are ranked at No. 118, No. 119 and No. 120, respectively.