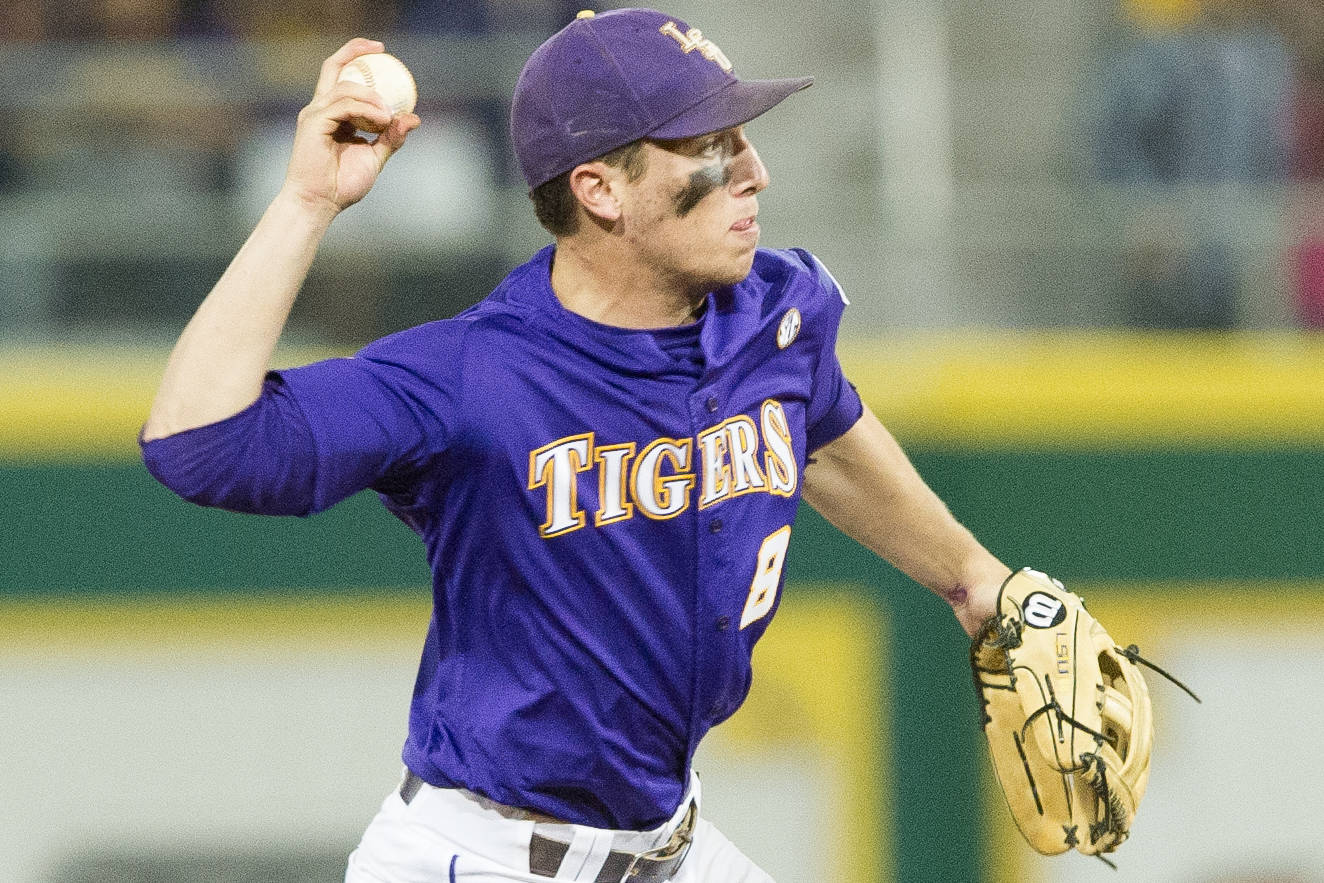 LSU (13-2), which has won four straight games, faces Purdue (1-9) Sunday at 1 p.m. at Alex Box Stadium, Skip Bertman Field. Left-hander Cody Glenn will get the start for LSU while right-hander Connor Podkul will take the mound for the Boilermakers.

The game can be heard on affiliates of the LSU Sports Radio Network, and live video, audio and stats will be available in the Geaux Zone at www.LSUsports.net/live.

“I think we needed a game like this where we needed to stage a rally in the second half of the game,” said LSU coach Paul Mainieri. “I’m very proud of our guys for being resilient and coming through with some great at-bats during the rally. This can give our team a lot of confidence moving forward, and I was very pleased with the determination we showed in making a comeback.”

Purdue gained the early lead in the third inning. With a runner on second, Cody Strong hit an RBI double to left center field against LSU starter Kyle Bouman for the Boilermakers’ first run of the weekend.

In the top of the fifth, Conner Hudnall hit an RBI double to right field to score Kyle Upp, extending the Boilermaker lead to 2-0.

Bouman worked 6.2 innings, limiting the Boilermakers to two runs on six hits with no walks and five strikeouts.

LSU rallied for three runs in the bottom of the seventh. With runners on second and third, Andrew Stevenson hit a sacrifice fly to get the Tigers on the board. Conner Hale entered the game as a pinch hitter and added an RBI single to plate Kade Scivicque. Chris Sciambra followed with another RBI single through the right side to score Hale.

Sean McMullen added another run in the bottom of the eighth with a double to left field that scored Alex Bregman.

Joe Broussard entered the game in the top of the ninth and retired the side in order to earn his second save of the year.

Nate Fury (1-0) was awarded the win for LSU. Fury pitched to just one batter and struck him out in the top of the seventh with two runners on to end a Purdue threat.

Purdue’s Mike Lutz (0-1) was charged the loss after giving up two runs and four hits in the seventh inning.

Stevenson and Bregman extended their hitting streaks to 13 and seven games, respectively, as LSU collected nine hits in the game.