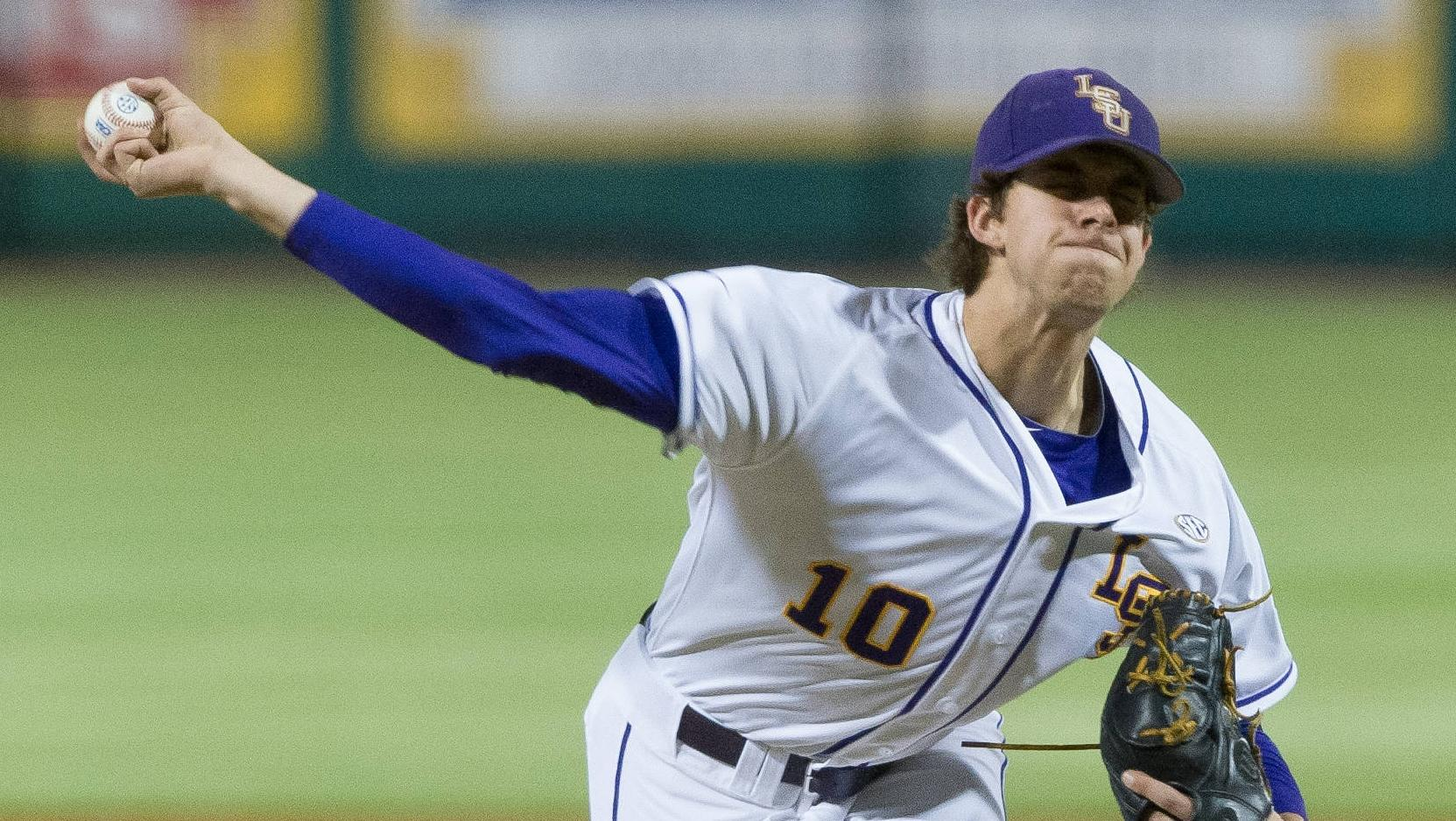 Saturday’s LSU-Purdue game can be heard in Baton Rouge on WTGE 100.7 FM, and live video, audio and stats will be available in the Geaux Zone at www.LSUsports.net/live.

Nola (4-0) earned the win over the Boilermakers by striking out 12 in eight innings pitched while scattering two hits. Nola has not allowed a run in 27 innings this season and has not allowed an earned run in 53 innings, dating back to last season.

Jordan Minch (0-4) recorded the loss after allowing seven runs, all earned, on eight hits through six innings pitched in addition to three walks and two strikeouts.

“It’s getting tough to find words to describe how great Aaron Nola is,” said LSU coach Paul Mainieri. “He’s gotten better with each outing this season, and tonight he was simply phenomenal. I don’t think he missed his spot on a single pitch. What a blessing it is to coach a young man of his character and talent.”

The Tigers started the scoring in the bottom of the second inning. Kade Scivicque hit a single to the right-center field gap, advanced to second on a balk and scored on an RBI single by Andrew Stevenson that extended his hitting streak to 12 games.

Sophomore shortstop Alex Bregman provided Nola with additional run support in the bottom of the third, hitting a three-run home run over the wall in left field after Jared Foster and Kramer Robertson walked. Bregman has reached base in all 14 games this season.

“I really liked our approach at the plate and the way we battled the Purdue starter,” Mainieri said. “He was an SEC-caliber pitcher with excellent stuff, but I thought our hitters took a hard-nosed attitude and turned in some quality at-bats.”

LSU added another insurance run in the bottom of the sixth. Foster utilized a squeeze bunt to score Scivicque who led off the inning with a double off the left-field wall.

LSU capped off the night with a three-run eighth. After Foster reached on an error by the third baseman and Chinea singled through the right side of the infield, freshman Jake Fraley knocked a pinch-hit RBI double to the left-center field gap. Freshman Danny Zardon followed with a two-RBI double to the wall in right field.

Bregman tied a career high with four RBI in the contest. Bregman also had four RBI against Louisiana-Lafayette on Feb. 26, 2013. Scivicque finished 3-for-4 with a double and an RBI. Scivicque has recorded three hits four times this season.