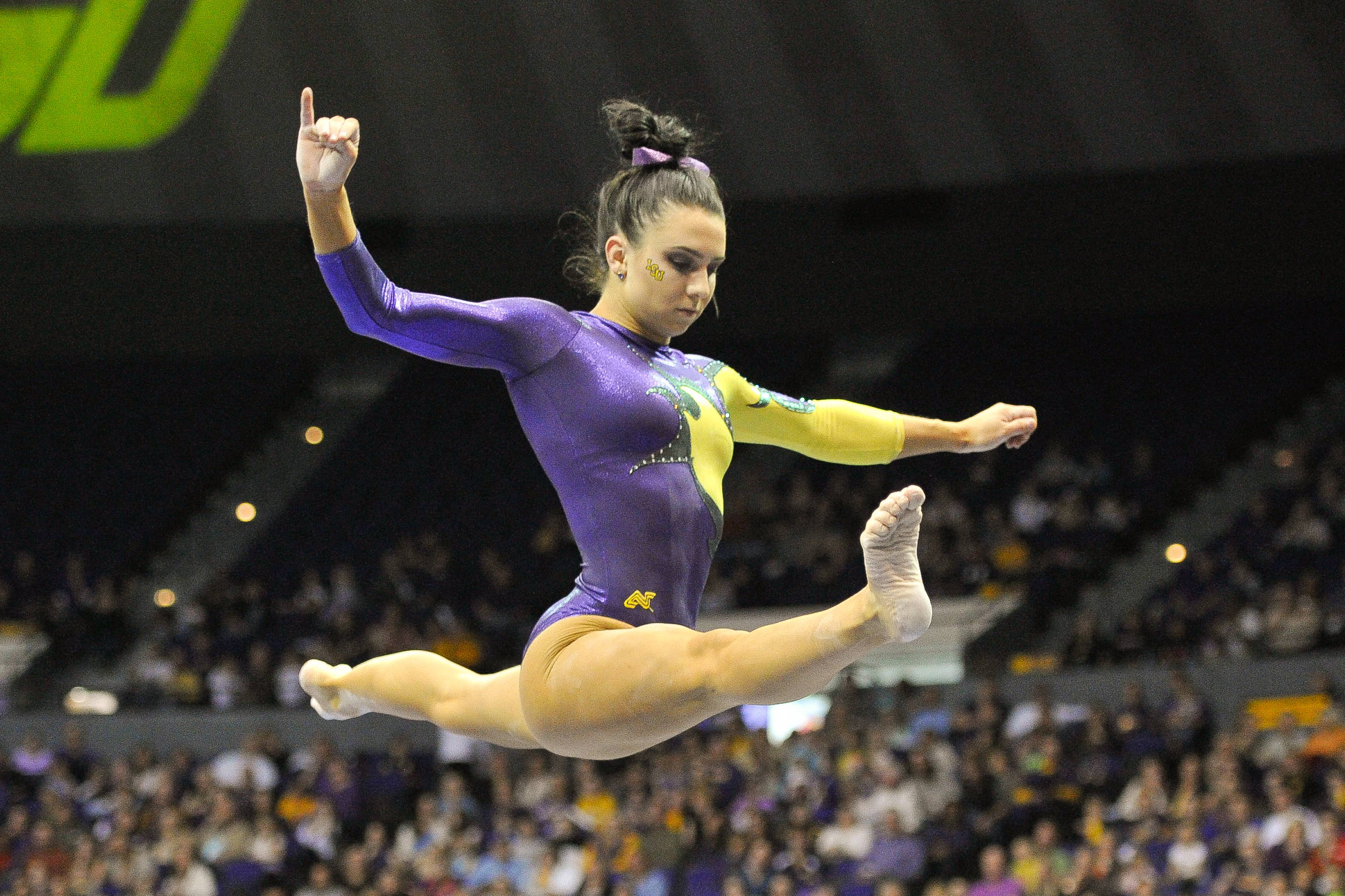 BATON ROUGE – It will be a Top 25 clash when the No. 1 ranked LSU gymnastics team takes on No. 25 North Carolina State at 7 p.m. CT Friday in the Maravich Center.

The event is designated as the “Pink Meet” as LSU is partnering with Mary Bird Perkins/Our Lady of the Lake Cancer Center, and fans are encouraged to wear pink to show their support for the fight against breast cancer.

Tickets are available at a cost of $5 for adults and $3 for youth, ages 3-12, by logging on to http://www.lsutix.net/, calling the LSU ticket office at 225-578-2184 or by visiting the ticket office in person on the first floor of the LSU athletic administration building.

The top-ranked Tigers enter the meet on the heels of a school-record 198.050 against Missouri on Feb. 28. LSU (8-3, 4-2 Southeastern Conference) clinched a 198 for the first time in program history in large part because of a school-record 49.700 on floor in the final rotation.

“We are looking forward to a great competition against NC State, and we are excited to compete not only for ourselves but for an alternate cause of raising awareness and supporting the fight against breast cancer,” LSU head coach D-D Breaux said.

“We are ready to go out on the floor and continue to improve because we have not peaked as a team yet, and it’s exciting to know we have more that we can accomplish this week.”

With another 197-plus performance against NC State, LSU would tie the school record for most consecutive meets with a 197-plus score. The Tigers have currently earned a 197 or higher in seven straight meets, and the record is eight set during the 2004 season.

LSU is also seeking to improve to 5-0 at home this season after the Tigers recorded the 250th all-time home victory in the Maravich Center against Missouri last week.

A season-best eight Tigers are ranked in the Top 25 in at least one category heading into Friday’s contest.

Junior Jessie Jordan, the reigning SEC Gymnast of the Week, is No. 1 nationally on beam, No. 5 in the all-around and No. 16 on vault.

Junior Lloimincia Hall is No. 1 on floor, while senior Sarie Morrison is No. 2 on bars and No. 6 on vault.

Senior Kaleigh Dickson is No. 13 in the all-around, junior Britney Ranzy is 15th on bars, sophomore Jessica Savona is 16th on floor and freshman Ashleigh Gnat is 25th on vault.

The Wolfpack are led by sophomore Brittni Watkins who ranks 11th nationally in the all-around, and she is also No. 21 on vault and No. 23 on floor.

This marks the 14th meeting all-time between the two programs, and LSU holds a 13-0 record in the series. It is also the sixth contest between the two teams in the last four years. In fact, the teams met three times in 2013: the season opener in Baton Rouge on Jan. 4, a dual meet in Raleigh, N.C. on March 15, and at the NCAA Regional in Columbus, Ohio on April 6.

Fans who are unable to attend the meet can watch live video with a Geaux Zone subscription at www.LSUsports.net/live, and live stats will also be available on LSUsports.net.

Fans can also connect with the team through the Tigers’ social media outlets: www.Facebook.com/lsugym, @LSUgym on Twitter, @LSU_gym on Instagram and www.YouTube.com/lsugymnastics.