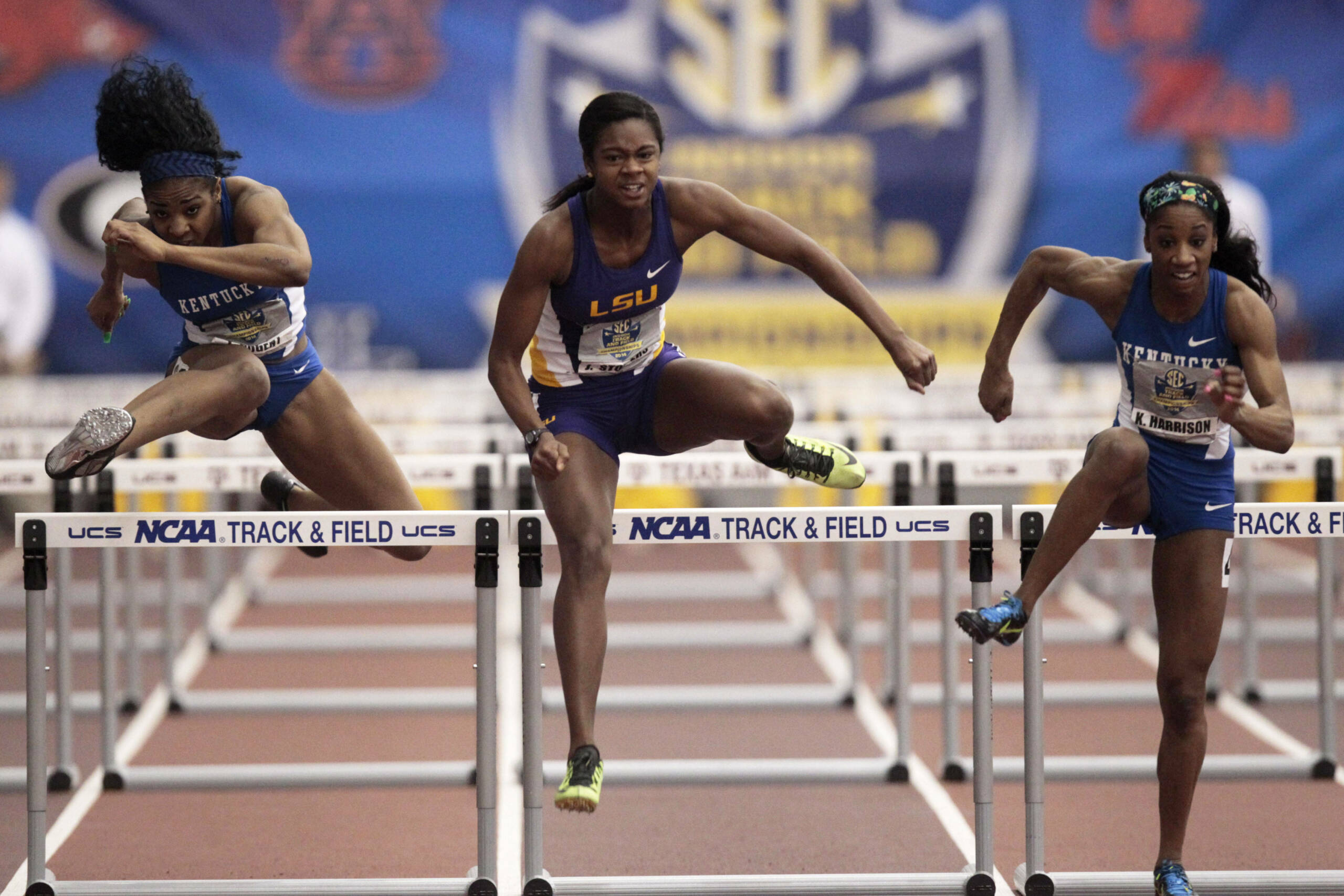 BATON ROUGE – The 2014 indoor season is quickly drawing to a close as the LSU Track & Field teams are set to make their return trip to Albuquerque, N.M., in 10 days for the start of this year’s NCAA Division I Indoor Track & Field Championships as they will take 10 qualifiers to the event being held March 14-15 at the Albuquerque Convention Center.

The Lady Tigers have taken home the bronze trophy with a third-place team finish at the NCAA Indoor Championships in each of the last four seasons, and will take six qualifiers in six different events to Albuquerque.

After claiming five-straight top-five team finishes from 2008-12, the Tigers will send four qualifiers to this year’s meet looking to better their 15th-place team finish from a year ago.

Two Lady Tigers enter the meet as national championship contenders in their respective events as seniors Jasmin Stowers and Denise Hinton are each ranked No. 2 nationally heading into the weekend. Hinton claimed the SEC Indoor crown in the weight throw with a personal-best throw of 73 feet, 11 inches to move into the No. 2 spot in the NCAA rankings in the event. Stowers is the nation’s No. 2-ranked athlete in the 60-meter hurdles with her top time this year of 8.01 seconds set in winning the SEC Indoor silver medal last weekend.

Stowers has earned All-America honors as an NCAA scorer in the sprint hurdles in each of the last two seasons, including her career best bronze-medal-winning third-place finish at the NCAA Indoor meet a year ago.

Two other Lady Tigers will head to the meet with Top 10 national rankings in the jumps as senior Lynnika Pitts is the NCAA’s No. 5-ranked triple jumper with her lifetime best of 44-0 ¾ set in taking home a bronze medal from the SEC Indoor Championships and freshman Nataliyah Friar is tied as the NCAA’s No. 9-ranked long jumper with her lifetime best of 20-8 set earlier this year.

Pitts earned her first career All-America honor in the triple jump at last year’s NCAA Indoor Championships when she earned a seventh-place finish nationally to score two points for the Lady Tigers in the event.

Also smashing her lifetime best at the SEC Indoor Championships last weekend was senior Nikita Tracey, who slashed more than four seconds off of her previous seasonal best in the 800-meter run during the week by taking fourth place in the conference final with a PR of 2 minutes, 5.28 seconds to rank No. 11 nationally in the NCAA Championships field.

Tracey will also lead a youthful 4×400-meter relay team for the Lady Tigers that also features sophomore Chanice Chase and freshmen Bealoved Brown and Jada Martin as they enter the meet with a No. 11 ranking this season with a best of 3:34.89. It marks the debut appearance for Brown, Chase and Martin at the NCAA Indoor Championships during their Lady Tiger careers.

The Tigers will also be led at this year’s NCAA Indoor Championships by their stable of 400-meter runners as they join Florida as the only two teams to qualify three runners in the field of 16 for the two-lap race.

Headlining LSU’s qualifiers is junior Vernon Norwood, who ran a blistering lifetime PR of 45.39 to win the SEC Indoor bronze medal with the third-fastest time in the NCAA and fourth-fastest time in the World ranking in 2014. Norwood will be joined in the field by junior Quincy Downing and sophomore Darrell Bush after both ran indoor PRs of 46.21 and 46.28, respectively, in the SEC final on Saturday.

Bush, Downing and Norwood will also be joined by sophomore Cyril Grayson in forming an NCAA title contender in the 4×400-meter relay after they ran a seasonal best of 3:04.04 at the SEC Indoor Championships to go to the NCAA Championships as the nation’s third-fastest relay foursome during the 2014 season.