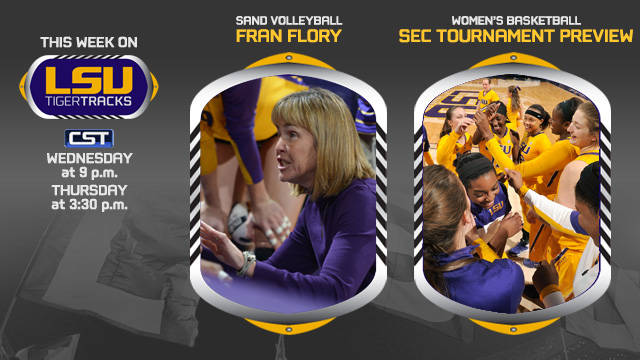 BATON ROUGE, La. – This week’s edition of LSU Tiger Tracks, a program highlighting various aspects of the university and its athletic department, can be seen at 9 p.m. Wednesday and 3:30 p.m. Thursday on Cox Sports Television.

LSU Tiger Tracks begins with an interview with volleyball coach Fran Flory, who discusses the implementation of the new sand volleyball program at LSU. Sand volleyball makes its debut as an LSU sport on March 18 when the Tigers meet UL-Monroe at Mango’s Beach Volleyball  Club in Baton Rouge.