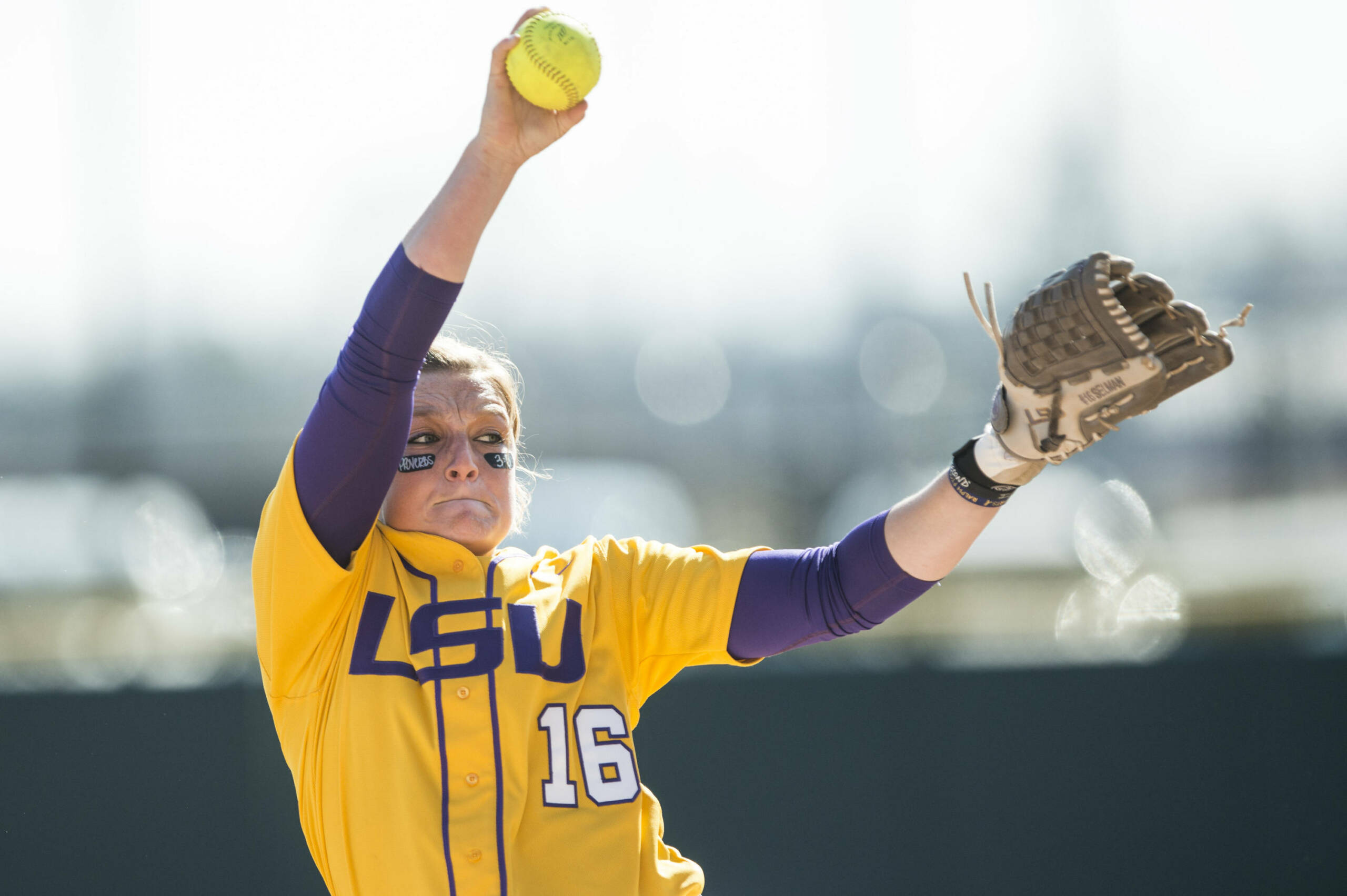 BIRMINGHAM, Ala. – After earning the first no-hitter of the season and going 8.1 innings without giving up a hit over two games, LSU softball freshman pitcher Kelsee Selman has been named the Southeastern Conference Pitcher of the Week the league announced today.

Selman, a native of Lufkin, Texas, is the second Tiger to earn one of the league’s weekly awards this season, as she follows fellow freshman hurler Baylee Corbello who was named the first SEC Freshman of the Week on Feb. 10.

After not seeing action in the circle since Feb. 15, it didn’t take long for the Hudson High School product to shake off the rust as she fired the 34th no-hitter in program history to highlight a 2-0 weekend where she allowed only three hits in 11 innings with 16 strikeouts to improve her record to 3-0 on the year. In the final three games of the Purple and Gold Challenge for the Tigers, the tournament’s most valuable player earned two of three total complete-game shutouts for a Tiger staff that has not given up an earned run in 32 innings of play, as opponents hit just .086 against her at the plate.

Against Jackson State on Friday night, Selman walked the third batter of that inning and did not do so again for the rest of the night as she retired the next 16-straight to become the fourth Tiger pitcher in team history to earn a no-hitter in six innings. It was the first of that kind since 2001, as she needed just 76 pitches to keep JSU at bay for the length of the contest to go along with her nine strikeouts.

In the final game of the tournament for LSU against Lamar, Selman continued to dominate the opposition as she remained hitless through the first three innings of the bout against the Lady Cardinals, as she earned the first out of the fourth before consecutive singles by Lamar snapped the streak. However, she would only allow one more hit for the rest of the game as she finished the day fanning seven overall.

LSU begins a five-game road trip on Monday evening, traveling to take on the ULM Warhawks at 6 p.m. in Monroe. The Tigers will play Northwestern State on Tuesday, before opening up SEC play on Friday at Auburn.