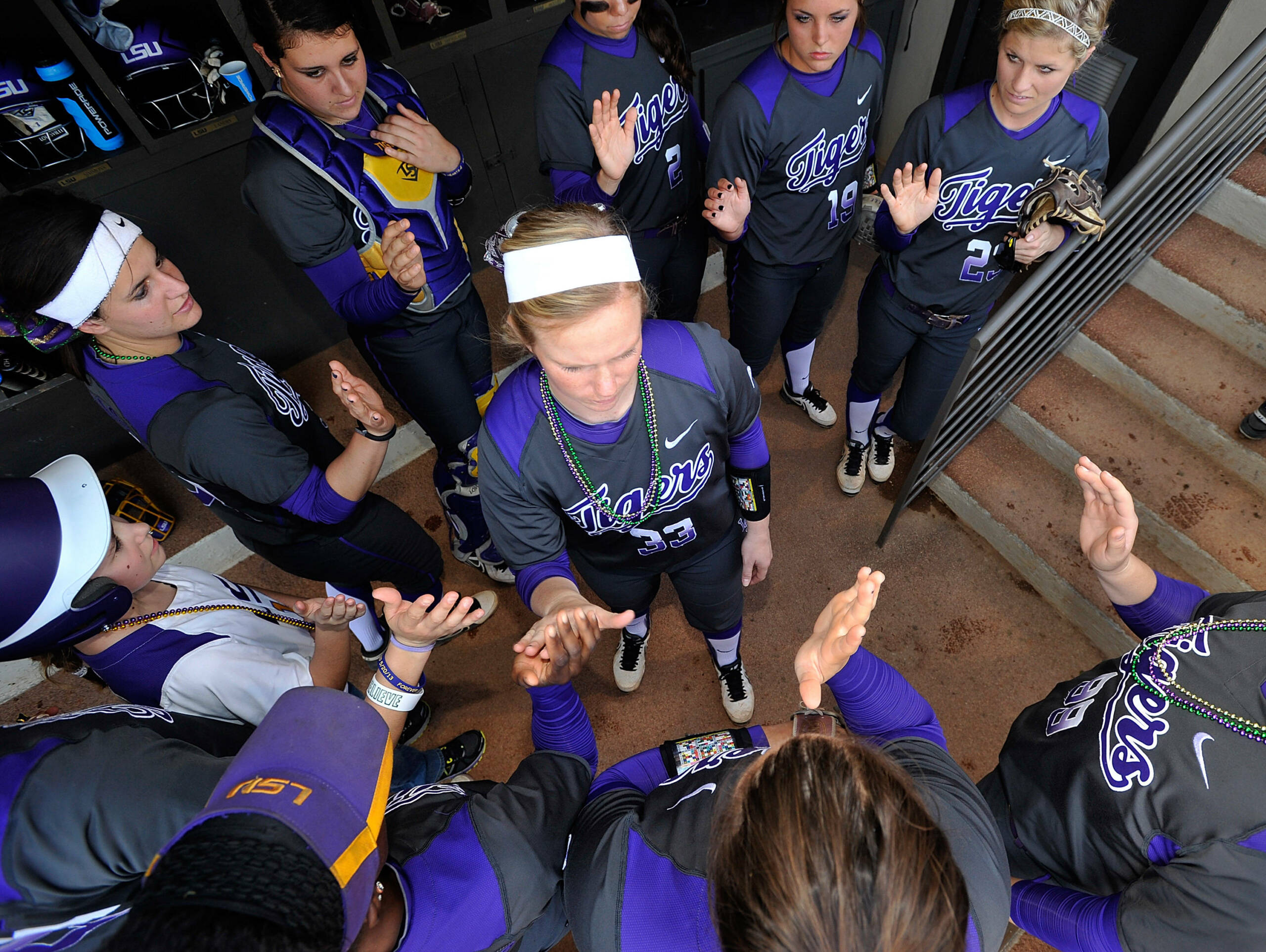 BATON ROUGE, La. – Monday night’s softball game between No. 22 LSU and the ULM Warhawks that was originally set for 6 p.m. has been postponed due to extremely cold temperatures expected at game time and has been moved to April 1 at 6 p.m.

BATON ROUGE – The No. 22 LSU softball team makes a quick turnaround after hosting the Purple and Gold Challenge over the weekend by heading north to take on the ULM Warhawks and Northwestern State Lady Demons this Monday and Tuesday, March 3-4.

LSU will take on the Warhawks at 6 p.m. Monday, heading south to take on the Lady Demons at 1 p.m. in Natchitoches Tuesday afternoon. This will be the first true road tests for the squad, as the team will have another short break before departing to open Southeastern Conference play on Friday at Auburn for a three game series.

“Definitely not the typical schedule or routine we’re used to, but It’ll be a great trip to get out and make sure we’re seeing all of our fans throughout the State of Louisiana,” head softball coach Beth Torina said. “It’s always great to compete against the other schools in Louisiana, as there is a lot of great talent in the state as a whole.”

Live stats of each game will be provided at www.lsusports.net/livestats on both days, with live updates via Facebook and Twitter throughout each contest.

LSU went 3-1 at the 2014 Purple and Gold Challenge held over the weekend, earning wins over Jackson State, Iowa State and Lamar, with the only loss over the weekend coming to Harvard in the team’s first extra-inning game of the season, falling 1-0 in 12. The Tigers have won four of their last five and seven of the last 10 dating back to last month, as the squad goes into the games 15-6 overall.

Once again the Tigers proved how lethal their offense can be, using a .307 team batting average to plate 19 runs in just two days of work, as the squad has pounded out double-digit hits in three of the last five games, earning a 10-1 record when accumulating double-digit hits in a game this year.

One of the driving forces of that turnaround has been the play of sophomore shortstop Bianka Bell, who hit .583 during the four games to up her average to .352, as she produced seven hits with an RBI and run scored. Bell, along with Sahvanna Jaquish and Sandra Simmons, struck fear into opposing pitchers as Jaquish drove in seven after hitting a grand slam and three-run home run, with Simmons adding a three-run bomb of her own in the process.

Although the hitting got a good bit of attention this weekend, the story has been the pitching staff that has pieced together 32 innings without giving up an earned run, extended by three shutouts this weekend. The trio of Ashley Czechner, Baylee Corbello and Kelsee Selman has given up just one run in the last four games as the four other teams hit just .188 for the weekend against LSU. With Selman’s no-hitter and two shutouts, along with Corbello’s fifth consecutive win and Czechner’s tossing over 170 pitches, the staff looks to be rounding into form heading into the heart of the schedule.

The Tigers are a combined 30-0 against ULM and Northwestern State in the all-time series against the two teams, LSU is taking on the Warhawks for just the second time in Monroe in team history, as the last time the team ventured that way they came back with an 11-0 win in five innings in 2008. Although Northwestern State was in the Baton Rouge Regional at the end of last season, the two teams did not square off against each other, making this the first regular season meeting since 2006. In 2000, LSU played two against NWLA and won both by a combined score of 13-0.