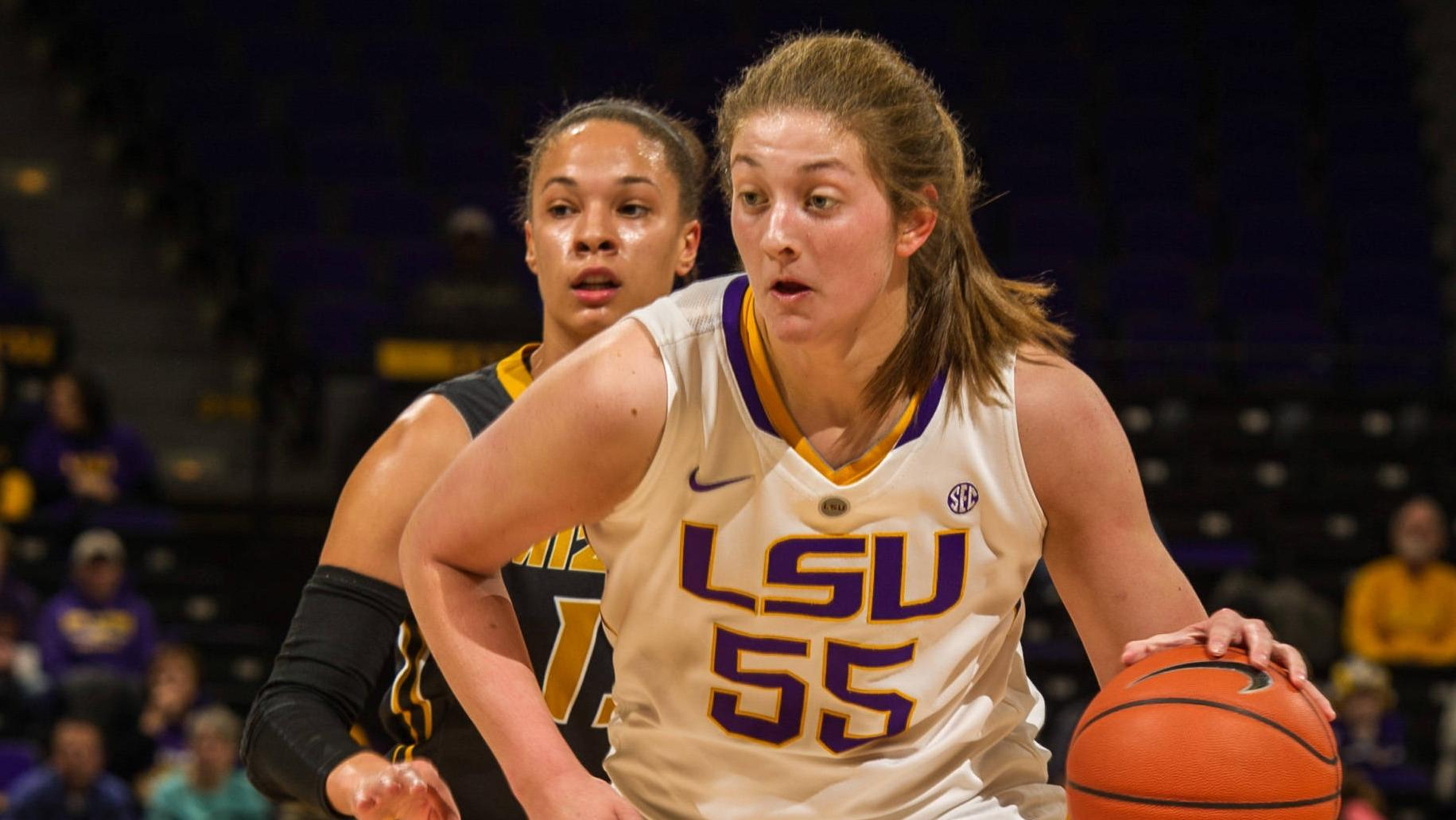 TUSCALOOSA, Ala. – Theresa Plaisance nearly compiled her first career triple-double as she amassed 26 points, nine rebounds and equaled a program single game record with nine blocks, but the LSU women’s basketball team dropped a 78-60 decision to Alabama Sunday at Foster Auditorium during the regular season finale for both teams.

For Plaisance, the nine blocks tied her with Cheri Graham who also recorded nine blocks against Nicholls State on Dec. 2, 1982. The 26 points was her second-highest scoring output and her fifth 20-plus point performance on the season. The New Orleans native has amassed double figures in 19 straight games.

The Lady Tigers finished in a five-way tie for sixth place in the SEC standings but will be seeded No. 10 for next week’s SEC Tournament from the Arena at Gwinnett Center.

The key stat for the Crimson Tide was the free throw line where Alabama made 34-for-50 which included a 27-for-40 mark in the second half. The 50 foul shots is a single game record for a LSU opponent. The Crimson Tide also held the previous mark which was 41 set during the 1978-79 season. Alabama converted on 18-for-52 from the floor and buried 8-of-15 from three-point territory.

As a team, the Lady Tigers were 19-of-54 shooting and misfired on 19 of their 21 attempts from beyond the three-point arc. LSU knocked down its first 17 free throw attempts en route to a 20-for-25 mark.

LSU grabbed a 10-6 advantage at the 15:35 mark of the first half after Kenney sank consecutive triples 22 seconds apart. Alabama scored the next seven points over the next 2:23 to take a 13-10 edge.

LSU would get as close as 39-36 inside the first minute of the second half, but the Crimson Tide used two triples on their next two possessions to push the lead back to 45-36 at the 18:40 mark.

Alabama would stretch the score to 50-37 on a Simmons jumper with 16:12 on the clock. Then, the Crimson Tide would march to the foul line where they scored their next 10 points and 24 of their final 28 points over the final 16 minutes of the contest.

LSU will square off with Alabama Thursday at 5 p.m. CT during the second round of the 2014 SEC Tournament. The game will be televised by Fox Sports Network (FSN), SportsSouth (SPSO) and http://www.watchespn.com/.

The LSU Sports Radio Network will broadcast the game on Talk 107.3 FM in Baton Rouge and inside the Geaux Zone at www.LSUsports.net/live. Patrick Wright, the voice of the Lady Tigers, has the radio call.