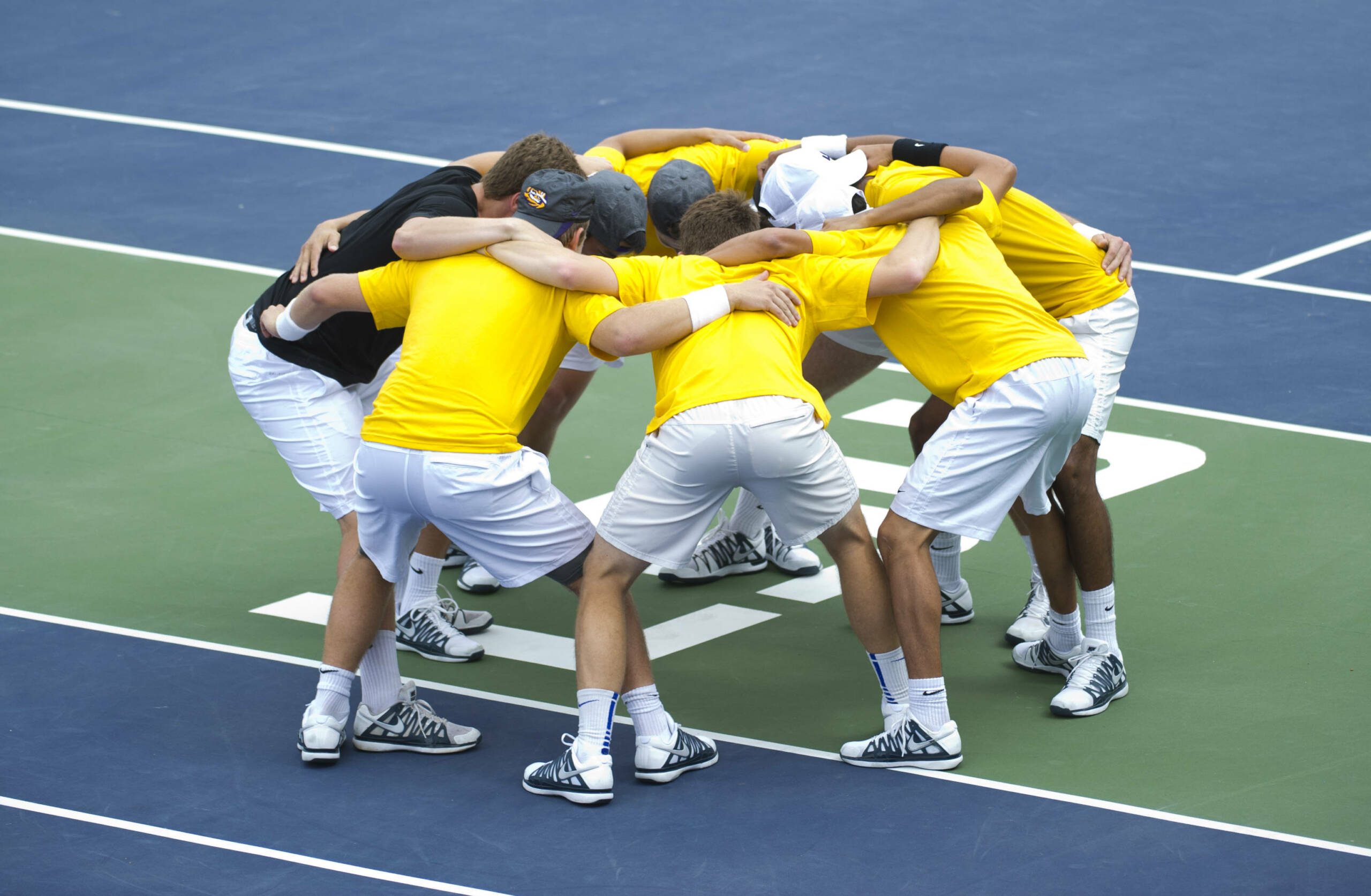 “Sometimes with a young team, you think you have some things figured out, but it doesn’t go the way you planned,” said LSU head coach Jeff Brown. “Doubles has been a good point for us lately, but today it just wasn’t. It kind of put us in a tough spot because they have three really good singles positions that are hard to overcome. Ultimately, that was the difference.”

Two singles matches went unfinished, that were leaning in LSU’s favor before the match was clinched. Butsch led Anton Kovrigin 4-2 in the third set on court five and Korinek led Johnson 6-5 on court three.

“We showed good fight on several of the courts, but we need to respond the way we have lately and work hard to help these young guys get stronger,” Brown said. “Their spirits seem good, but we just have to keep going at it and get ready for Alabama.”

LSU returns to action on Friday for another doubleheader with Alabama and Alcorn St. The first serve against Alabama is scheduled for 1 p.m. at Dub Robinson Stadium and the Tigers take on Alcorn State at 6 p.m. at the Manship YMCA.