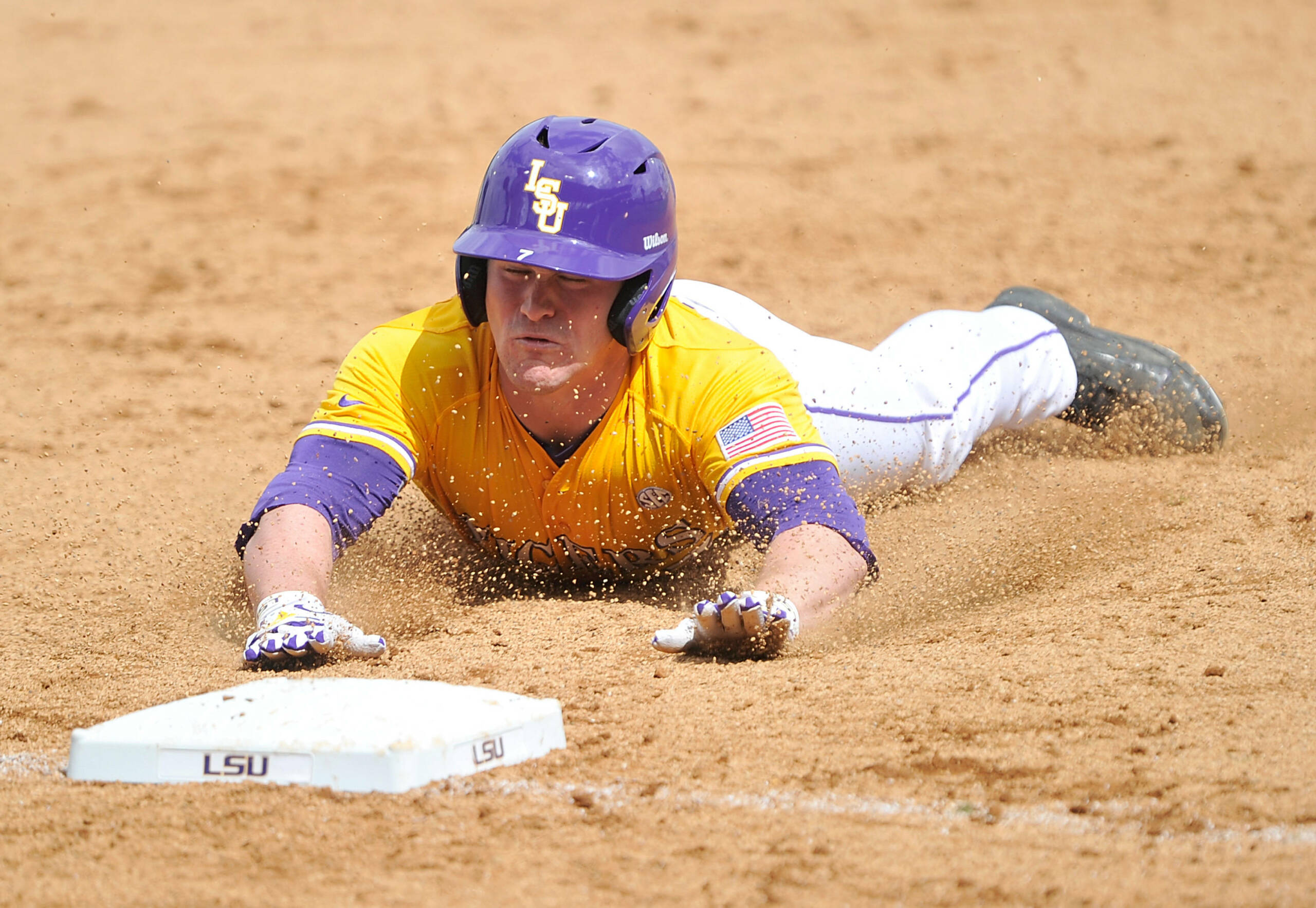 The Tigers (9-2) will take Monday off before traveling to Natchitoches, La. to face Northwestern State at 7 p.m. on Tuesday. The game will not be televised but it can be heard on the LSU Sports Radio Network. Live audio and stats will be available at LSUsports.net.

Yale improved to 1-2 with Sunday’s win over the Tigers.

“Yale deserves a lot of credit, they played their hearts out,” said LSU coach Paul Mainieri. “It was only their third day to be outside all season, and that’s usually when a northern team will play its best, on that third day. I don’t think we played poorly, we hit balls hard all day right at people, and they score the winning run without a ball leaving the infield. But that’s the game of baseball, and it’s up to us to keep our heads up and confidently move forward.”

LSU got off to a fast start, collecting four runs in the first inning. Sean McMullen reached base on a walk and Mark Laird singled through the left side. Alex Bregman followed with a bunt for a single to load the bases. Conner Hale tallied an RBI on a fielder’s choice to score McMullen. Kade Scivicque then hit an RBI single to center field and Ibarra hit an RBI single to score Hale. After Andrew Stevenson fouled out, Tyler Moore singled to center field for another RBI.

The Tigers tallied two more runs in the bottom of the fourth. Moore led off by reaching second on a fielding error by the center fielder. Chris Chinea grounded out to the third baseman, which advanced Moore to third. McMullen followed with an RBI triple to right center. Laird followed with a sac fly to score McMullen.

Yale collected its first runs of the series in the fifth inning, scoring four runs. LSU starting pitcher, Cody Glenn, allowed three straight singles to start off the inning. With the bases loaded, Robert Baldwin singled through the left side for an RBI single. Nate Adams followed with an RBI single to center field. Eric Hsieh reached on a fielder’s choice RBI and the final run came in on a sacrifice fly by Jacob Hunter.

LSU came back in the bottom of the fifth inning to add another run on the board. Scivicque led off the inning with a single to center field. Scivicque advanced to second on a hit by pitch and then advanced to third on a bunt single. Moore grounded into a double play that scored Scivicque.

The Bulldogs then scored four unanswered runs in the sixth, seventh and eighth innings to take the lead.

In the sixth, Cale Hanson scored on a single to left field by Baldwin.

Yale tallied two more runs in the seventh inning against LSU reliever Hunter Devall. Hsieh led off the inning by being walked. He then advanced to third on a double by Hunter. Kevin Fortunato then hit a double down the left field line to score two runs.

The winning run came in the top of the eighth for Yale. Adams led off the inning with a bunt single. He advanced to third after a sac bunt and ground out. Adams reached first on a throwing error by Bugg, scoring Campbell.