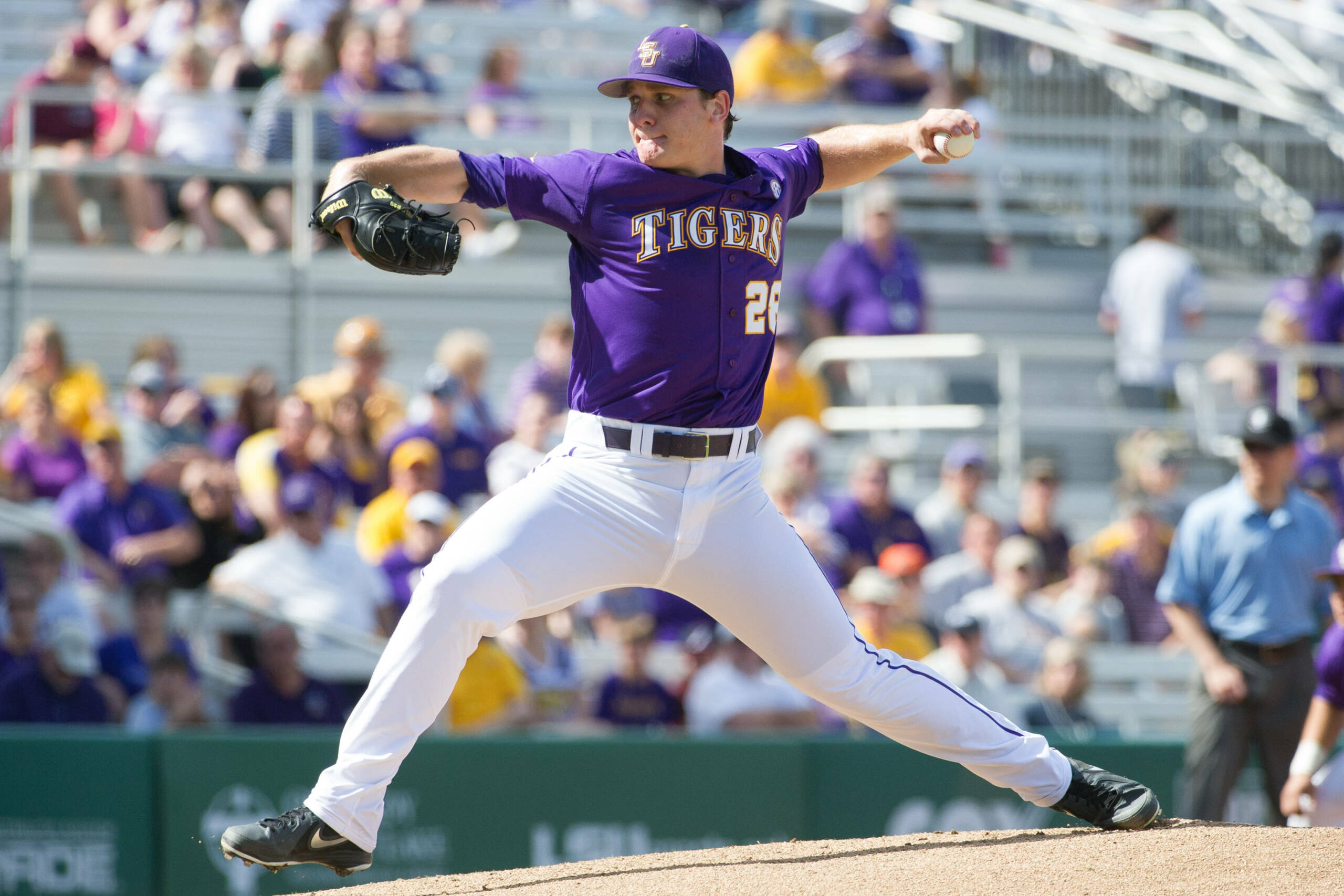 Bouman improved to 3-0 on the year after only allowing two hits, one walk and striking out four batters.

LSU (9-1)closes out the series against Yale (0-2) at 12 p.m. Sunday. The game can be heard on the LSU Sports Radio Network, and live video, audio and stats will be available in the Geaux Zone at LSUsports.net/live.

“That was vintage Kyle Bouman, he was the story of the game,” said LSU coach Paul Mainieri. “He competed and threw strikes, and we made some great plays behind him. We played an errorless game for the second day in a row, and you’re going to win when your pitching and defense keep the other team off the scoreboard.”

Yale starter Chasen Ford (0-1) was charged with the loss as he allowed two runs on six hits with one walk and two strikeouts.

“Their pitcher is talented and he has a good arm, but I don’t think he dominated us by any means,” Mainieri said. “We had some quality at-bats against him and delivered some timely hits. Our 2-3-4 hitters (rightfielder Mark Laird, shortstop Alex Bregman, first baseman Conner Hale) combined for seven hits, and I thought Laird especially had a good day with three hits, including a bunt single.”

LSU collected its first run in the bottom of the fourth. Bregman led off the inning with a single to right field. After a Bregman steal, Hale hit an RBI single to give the Tigers a 1-0 lead.

To lead off the seventh inning, catcher Kade Scivicque reached first after being hit by a pitch. Jake Fraley entered the game to pinch run for Scivicque. Third baseman Christian Ibarra put down a sacrifice bunt to advance Fraley to second. With a runner on second, centerfielder Andrew Stevenson dropped a single into shallow center field, which advanced Fraley to third.

After a pitching change by Yale, designated hitter Tyler Moore lifted a sacrifice fly to center field to score Fraley.

Laird led off the bottom of the eighth inning with a double to left field. Bregman followed with another double to right field. With one out, Chris Chinea grounded out to the third baseman for an RBI.