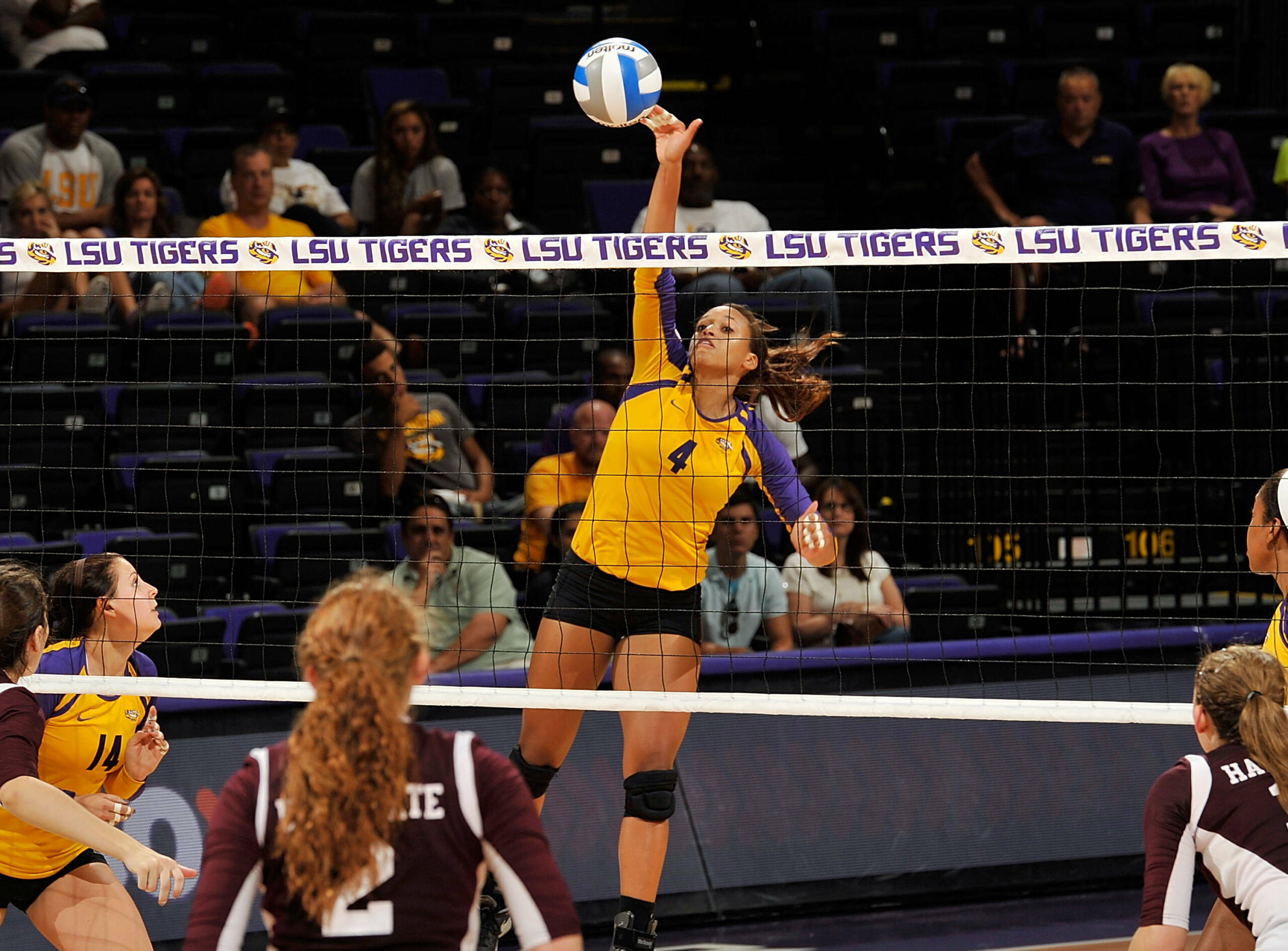 BATON ROUGE – The LSU volleyball team will look to conclude the 2013 regular season on a strong note and meets Alabama for a Saturday matinee at the Maravich Center.

First serve is on-tap for 1 p.m., and fans have the opportunity to “Geaux Free” to Saturday’s match compliments of the Advocate. Live video and live stats will be available for Geaux Zone subscribers at www.LSUsports.net/live.

Fans are encouraged to bring items ranging from children’s clothes and shoes along with baby supplies and toys as part of Desiree Elliott‘s “Geaux Kids” initiative and senior class philanthropy project to the “Geaux Kids” boxes located at the Tiger Fan Zone. Following the match, Elliott and the Tigers will donate all of the collected items St. Vincent de Paul. Elliott also will be honored for “Senior Day.”

“I look to Alabama match to have an NCAA type environment in terms of intensity and certainly in terms of crowd support for Desi and her Senior Day,” head coach Fran Flory said. “She’s left a great legacy in this program, and I would like nothing better than the fans and the people that have seen her play to come out and bid her farewell in her last match on the PMAC floor.”

Last time out, LSU (17-12, 7-10 SEC) dropped a five-set decision to Ole Miss. The Tigers nearly erased a two-set deficit for the fourth time this season. LSU wiped away three match points down 14-11 in the fifth set, but Ole Miss answered with the final two points of the match to escape with the win.

The Crimson Tide (24-8, 11-6 SEC) have a pair of freshmen standouts in Krystal Rivers and Brittany Thomas. From the middle blocker spot, Rivers has ripped 3.56 kills per set on a .406 hitting percentage. The 3.56 kills are sixth, while the .406 hitting clip is third in the SEC rankings. Thomas has provided 3.35 kills, 2.40 digs and 0.35 blocks per set as a six-rotation option. Sierra Wilson is second among SEC setters and has distributed 12.04 assists per set. Alabama’s back row is led by Kryssi Daniels’ 3.24 digs per set.

Earlier this season, the Crimson Tide picked up a four-set victory over LSU on Oct. 20. The duo of Rivers and Thomas along with Mattie Weldy combined for 49 of Alabama’s 62 kills. The Crimson Tide connected for 30 kills and a .358 hitting percentage compared to 20 kills and a .145 hitting ratio for the Tigers over the final two sets. LSU was led by Cati Leak‘s 16 kills and .366 hitting clip.

The Tigers hold a 33-23 series edge and have won 12 of the last 14 meetings going back to the 2006 season over Alabama. However, the Crimson Tide has won two of the last three by 3-1 margins.

“Alabama is a really balanced and very solid team that you have to beat,” Flory said. “They aren’t going to lose to many teams by beating themselves, and they haven’t done that throughout the season. You can’t really break them. You have to match their level. If you’re going to beat them, you have to exceed their level. They are about the same spot as we are in terms of RPI and postseason opportunities so I think this match is going to have a lot on the line. Hopefully, our kids will rise to the occasion.”

Leak has buried a team-leading 3.15 kills per set to rank 11th in the SEC. She has cranked 10-plus kills in her last five outings on a .250 hitting percentage. The Alabama native is coming off a SEC career-high 20 kills during the Ole Miss match.

Briana Holman has continued to be a force in all facets of the game. She has notched 3.05 kills per set on a team-leading .336 hitting percentage. Her 1.56 blocks per set hold the SEC’s top spot. Holman has recorded at least five blocks in 20 of her 29 matches. She tallied 15 kills and eight blocks at Ole Miss.

Malorie Pardo tucked away her 18th double-double of the season with 55 assists and 12 digs against Ole Miss. She also surpassed 3,500 career assists, the fifth LSU player to accomplish that feat.

On the back row, Haley Smith has corralled 3.78 digs per set which is good enough for ninth place in the SEC rankings. She has secured 10-plus digs in 23 of her 25 starts at libero, while her 431 digs are the eight-most for a single season in LSU history.

LSU has earned 188 victories sparked by five 20-win seasons to go along with seven SEC Western Division titles since 2005. The Tigers also are one of 34 programs to appear in six NCAA Tournaments during the previous eight-year stretch.