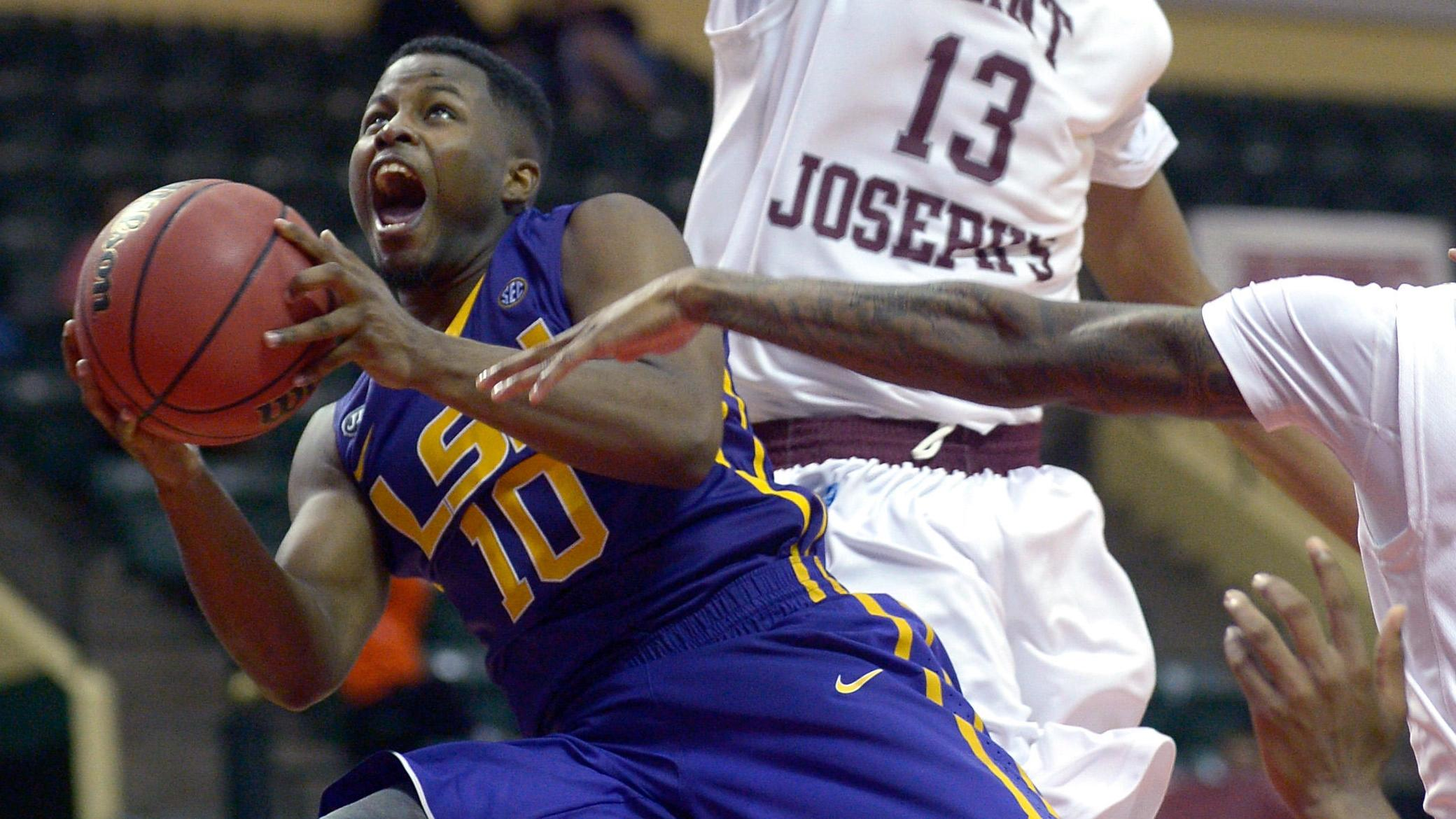 With the win, LSU (4-1) advances to face No. 21 Memphis in Friday’s semifinal round. Tip time will be at 4:30 p.m. CT on ESPN2. The Tigers had seven players collect at least five points.

LSU has won 13 of its 16 non-conference games under head coach Johnny Jones and amassed 80-plus points in its first five games for the first time since the 1990-91 SEC championship season.

Stringer has reached double figures in LSU’s first five games. He also dished out a season’s best six assists, one shy of a career-high.

Jarell Martin tacked on a career-best 15 points aided by 4-of-5 shooting and a 5-for-5 effort at the foul line. Jordan Mickey secured his fourth double-double with 14 points and 10 rebounds.

After four ties and seven lead changes during the game’s first eight minutes, LSU ripped off a 20-5 spurt to seize control and a 36-22 lead at the 6:55 mark behind its strong bench play. Coleman poured in all eight of his points sparked by a pair of triples, and Malik Morgan scored five points to lead the charge. The run was capped by a coast-to-coast driving lay-up by O’Bryant III that he finished with the left hand.

LSU took a 46-30 lead into the locker room. A big reason was eight three-pointers by five players and nine assists on 18 first half baskets.

The Tigers extended their lead to 51-30 during the opening moments of the second half after a Martin three-ball and an O’Bryant III dunk.

Saint Joseph’s got as close as 54-44 on a Langston Galloway jumper with 11:14 remaining. The Tigers answered with a Hickey triple and a Stringer jumper over the next minute to go back up by 15.

LSU kept its double digit advantage the rest of the way and made all six of its free throws during the final 30 seconds to complete the 82-65 win.

LSU meets No. 21 Memphis in the first semifinal and second game of day two of the Old Spice Classic. Tip time is scheduled for 4:30 p.m. CT, and the game will be televised by ESPN2.

The LSU Sports Radio Network will broadcast the game on Tiger 100.7 FM in the Baton Rouge area due to LSU’s football game versus Arkansas and inside the Geaux Zone at LSUsports.net/live. Jordy Hultberg, Ricky Blanton and Kevin Ford will call the action.

On overall performance…
“We knew it was going to be a hard-fought battle. I thought they (St. Joseph’s) did a great job of getting off to a great start and establishing themselves early. I thought we battled early. We went to our bench and I think those guys came in with a different energy level and I thought they played really well through a stretch there and gave us an opportunity to push and get a lead. When our starters went back in they did a tremendous job not only holding the lead, but extending the lead. We were able to come out with a quick start in the second half. We were very fortunate to get a victory against a very tough, hard-nose, well-coached basketball team.

On the improvement since loss to UMass…
“As the season progresses, we hop to get better with each game and each practice. We’ve put a lot of minutes under our belt since (the loss to UMass) and I think our guys are doing a much better job performing at the level we need them to.”

On what the solid bench play means to the team…
“We battle every day in practice. It says a lot about our coaching staff.  They coach us hard. “

“It wasn’t about playing harder. I think that is a myth in college basketball. We don’t have to play harder, we have to play better.”