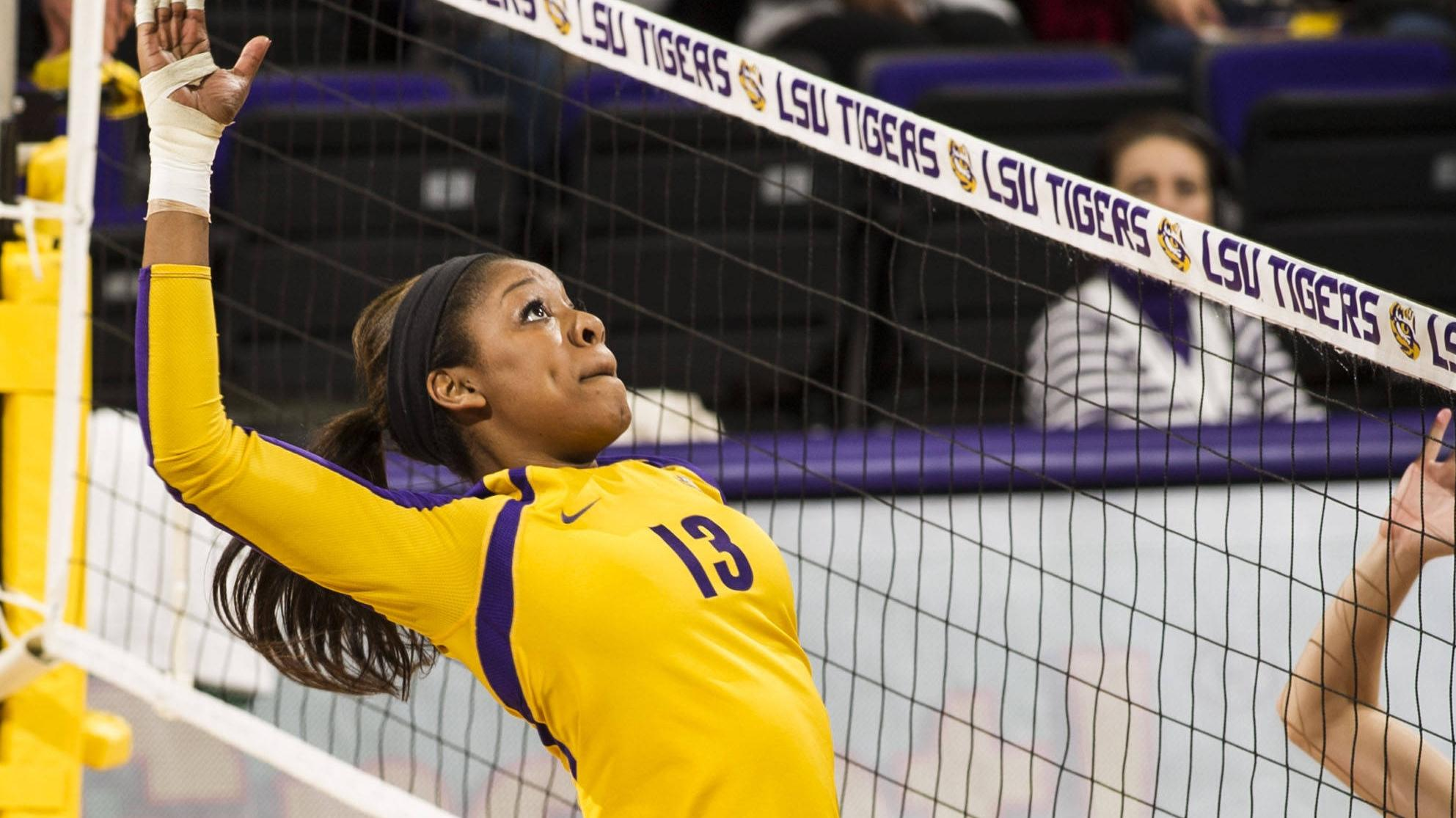 OXFORD, Miss. – The LSU volleyball team wraps up a stretch of six of its eight matches on the road and travels to Ole Miss for a Wednesday evening matchup.

Wednesday’s first serve is scheduled for 7 p.m. from the Gillom Center. A free live audio webcast and live stats will be available inside the Geaux Zone at www.LSUsports.net/live.

LSU (17-11, 7-9 SEC) is coming off a 3-0 victory over South Carolina where the Tigers racked up 45 kills on a .305 hitting percentage. It was LSU’s first sweep and first plus .300 hitting performance since the Mississippi State match on Oct. 13. The Tigers also slapped seven aces, the team’s second-highest output on the season.

“Serving is so tough sometimes, our team had really great focus during the South Carolina match,” head coach Fran Flory said. “It’s kind of like a knuckleball pitcher in baseball. Some days you can make the ball move, and some days the ball just doesn’t move for you. I think we’re coming into our own as a serving team. We’ve worked a lot in practice, and the level of consistency is finally catching up to the reps that we’ve put in. Through the rest of our season, serving is going to be a factor and needs to be a factor for us to be successful.”

Ole Miss (13-17, 3-14 SEC) has lost nine of its last 12 decisions since its first meeting with LSU on Oct. 11 at the Maravich Center. The Rebels have three players that have cranked 200-plus kills for the season. Nakeyta Clair has garnered a team-leading 2.60 kills and 1.18 blocks per set, while Ty Laporte has chipped in 2.44 kills and 0.86 blocks per set. Clair’s 1.18 stuffs per set are fifth in the SEC. On the back row, Cara Fisher and Kristen Brashear have tallied 2.51 and 2.45 digs per set, respectively.

LSU has won 10 of its last 12 meetings against Ole Miss since 2007 which includes a four-set victory earlier this season at the Maravich Center. Briana Holman and Cati Leak ripped 15 kills apiece, while LSU’s defense forced the Rebels into 30 hitting errors and a .117 hitting percentage.

“Ole Miss’ record is a little deceiving,” Flory said. “They have two very athletic middles, and a freshman setter who has continued to progress and improve throughout the season running their system. It’s Senior Night, and a lot of emotion goes into that night. Ole Miss is a place that traditionally we’ve played well through phases, and we’ve played poorly through phases. It’s a difficult place to play for everybody in the league and is a match that we need to be very prepared for.”

Leak has belted a team-leading 3.11 kills per set for the season. She has ripped 10-plus kills in each of her last four matches and six of her last seven outings. Last time out, Leak connected for a season’s best .478 hitting percentage at South Carolina.

Holman has notched 3.05 kills per set on a .334 hitting ratio which ranks 11th in the SEC. She buried 11 kills on 14 errorless swings en route to a career-best .786 hitting clip against Florida. Holman also has recorded a SEC-leading 1.56 blocks per set which are fourth-best nationally.

Desiree Elliott added 11 kills and four blocks off the bench during the South Carolina match. For the season, Elliott has provided 2.29 kills, 1.13 digs and 0.75 digs per set. She has totaled 1,152 career kills which is fifth among SEC active players and 14th on LSU’s all-time list.

Malorie Pardo has distributed 1,222 assists, third-most in the SEC. She enters the Ole Miss match nine assists away from a career-best for a single season. Pardo handed out 1,230 helpers when she earned All-SEC Freshmen Team honors in 2011. Her 17 double-doubles are second-most in the SEC.

Over her last three appearances, Emily Ehrle has hammered 2.67 kills per set on a .327 hitting percentage. She came away with a career-best .400 hitting clip during the Florida match.

“Emily carries an air of confidence and is truly one of the hardest workers that we have on the team in practice,” Flory said. “At her previous school, she carried a big load offensively. Partially, Emily’s emergence is because we’ve adjusted to Emily more than we’ve asked Emily to adjust to our offenses rhythm and tempo. I think Malorie has done a great job of balancing that and finding her. You need that type of leadership. Hopefully, Emily will continue that. She’s such a competitor, She plays for a greater reason, and we’re thankful she’s with us.”

LSU’s back row is sparked by Haley Smith‘s 3.78 digs per set, ninth on the SEC leaderboard. She has tucked away 10-plus digs during 22 of her 24 starts at the libero position.

LSU has earned 188 victories sparked by five 20-win seasons to go along with seven SEC Western Division titles since 2005. The Tigers also are one of 34 programs to appear in six NCAA Tournaments during the previous eight-year stretch.