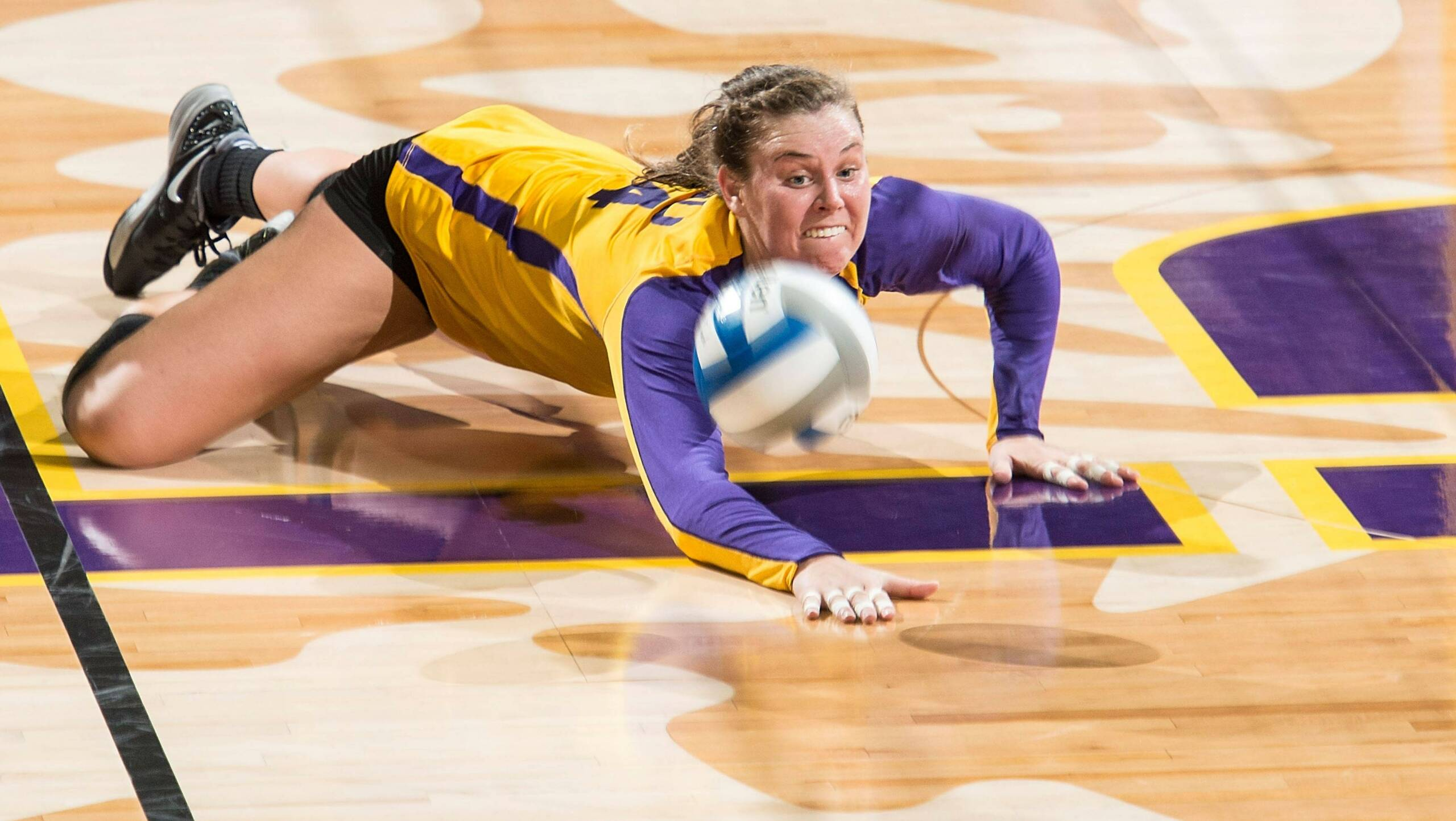 Cati Leak, OH, 6-2, So., Guntersville, Alabama
Leak turned in a solid weekend as LSU split its road matches with No. 7 Florida and South Carolina. She secured 4.00 kills per set on a .333 hitting percentage and added 1.67 digs per set. Leak cranked 13 kills on a season’s best .478 hitting clip during LSU’s sweep of South Carolina.

Notes on the Tigers
LSU picked up a sweep over South Carolina after dropping a three-set decision to No. 7 Florida over the weekend. The Tigers have a 17-11 record, a 7-9 mark in SEC play and are rated No. 34 in the last edition of the RPI. Malorie Pardo sparked LSU’s offense to 45 kills and a .305 hitting percentage at South Carolina. It marked LSU’s first sweep and first .300-plus effort since the Mississippi State match on Oct. 13. Cati Leak powered home 4.00 kills per set on a .333 hitting percentage last weekend. She has ripped 10-plus kills in her last four matches and six of her last seven outings. Leak popped 13 kills on a .478 hitting ratio, her second-highest career output, during the South Carolina match. Briana Holman chipped in 3.00 kills and 1.17 blocks per set. She exploded for a career-best .786 hitting clip after she cranked 11 kills on 14 errorless swings against Florida. For the season, Holman has collected 176 total blocks which is a new freshman single season record at LSU. Her 1.56 blocks per set not only lead the SEC but are ranked fourth nationally – first among freshmen. After missing the Florida match, Desiree Elliott turned in an 11-kill performance and secured four blocks at South Carolina. She has racked up 1,152 career kills which is fifth among SEC active players and 14th on LSU’s all-time list. Emily Ehrle has belted 24 kills on a .327 attack percentage over her last three outings. She came away with a career-best .400 hitting clip during the Florida match. LSU’s back row was led by Haley Smith who registered a team-leading 3.00 digs per set last weekend. She has garnered double figure digs in 22 of her 24 starts at the libero position. LSU travels to Ole Miss [Wednesday – 7 p.m.] before welcoming Alabama [Saturday – 1 p.m.] to the Maravich Center for its regular season finale. Following the Alabama match, LSU will honor Desiree Elliott for Senior Day.