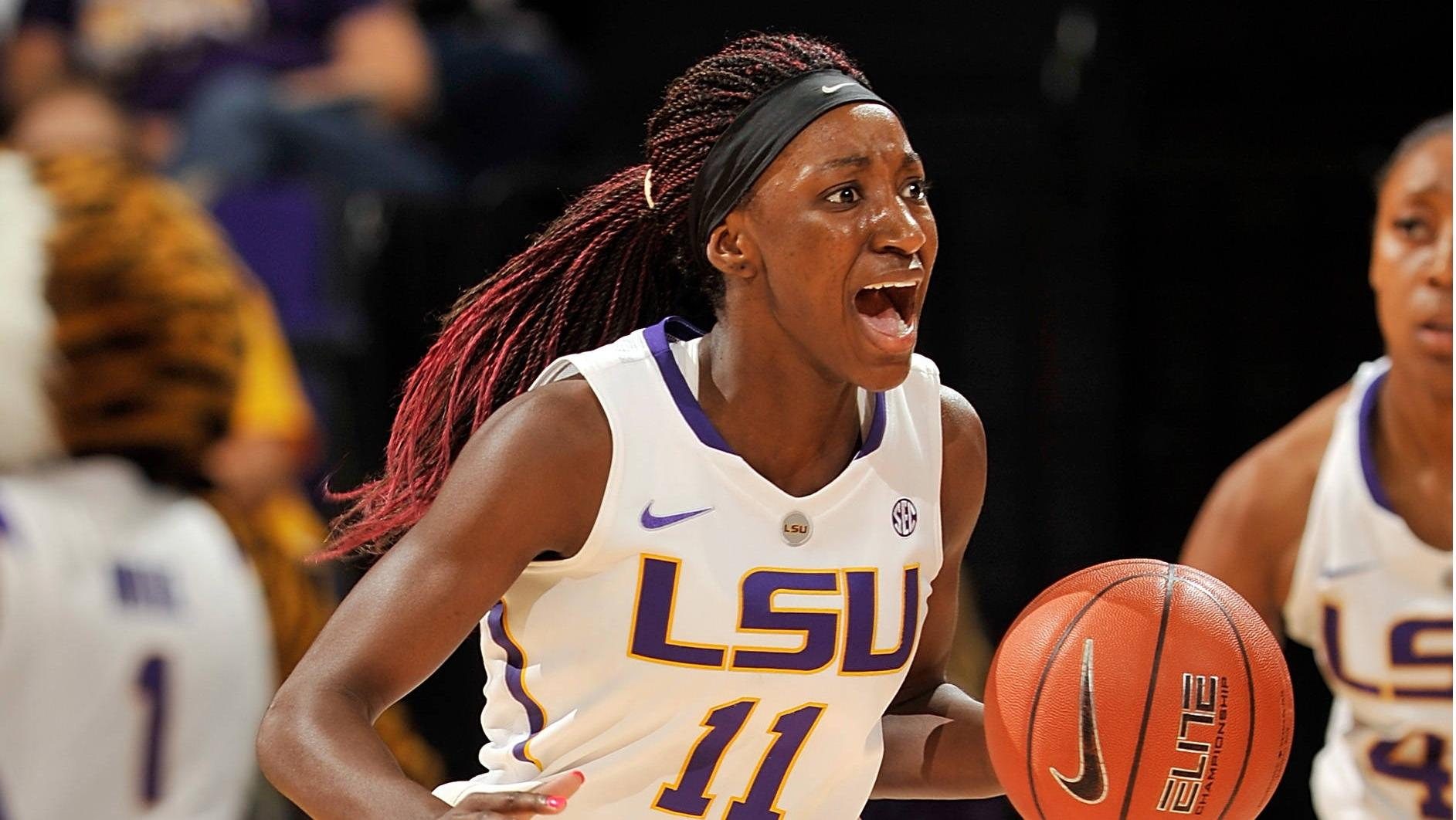 The Lady Tigers (4-1) claimed their ninth consecutive victory over Louisiana Tech dating back to 2000. It was also LSU’s fifth straight win in Ruston. The Lady Techsters, who dropped to 0-3, have not beaten the Lady Tigers since the 1999 NCAA Tournament in Los Angeles.

“I was proud of our team for staying together,” said LSU head coach Nikki Caldwell. “Our bench gave us a tremendous spark. We stayed poise when adversity hit. Our team will grow from this type of game. Louisiana Tech fought hard.”

Moncrief scored 13 of her 17 points in the second half. Senior guard Jeanne Kenney continued her hot shooting of late, scoring 12 points in the first half with two threes and 13 points for the game. Senior forward Theresa Plaisance added eight points, while Kenney and senior center Shanece McKinney grabbed a game-high seven rebounds apiece.

A combined 65 fouls were called and the teams combined for 48 free throws. LSU was just 23-of-40 from the line, but the Lady Tigers dominated points in the paint with their size and athleticism, 44-20.

Kenney made two treys in the first half and helped LSU take a 42-30 advantage into the locker room. Sophomore guard Danielle Ballard had two layups that put the Lady Tigers ahead 54-40 with 13:27 remaining in the game before things got physical between the two teams.

Junior guard DaShawn Harden gathered an offensive rebound on a missed shot and was fouled hard by Tyjae Chenevert with 13:00 remaining in the game. The two then scuffled and it was broken up by teammates. Play was stopped for over 10 minutes as officials reviewed video of the play. Both players were ejected from the game as was Ballard, who officials said was involved.

After things calmed down, Moncrief reeled off the next five points and put LSU up 59-43. The Lady Tigers then worked their way to the free throw line the remainder of the game. Plaisance followed with four straight free throws. Tech was never able to get the deficit below double-digits.

The Lady Tigers will spend their Thanksgiving holiday in Brooklyn, N.Y. LSU takes on Rutgers at noon CT Friday in the first game of the Barclays Invitational in the state-of-the-art Barclays Arena.