Volleyball Looks to Bounce Back at USC 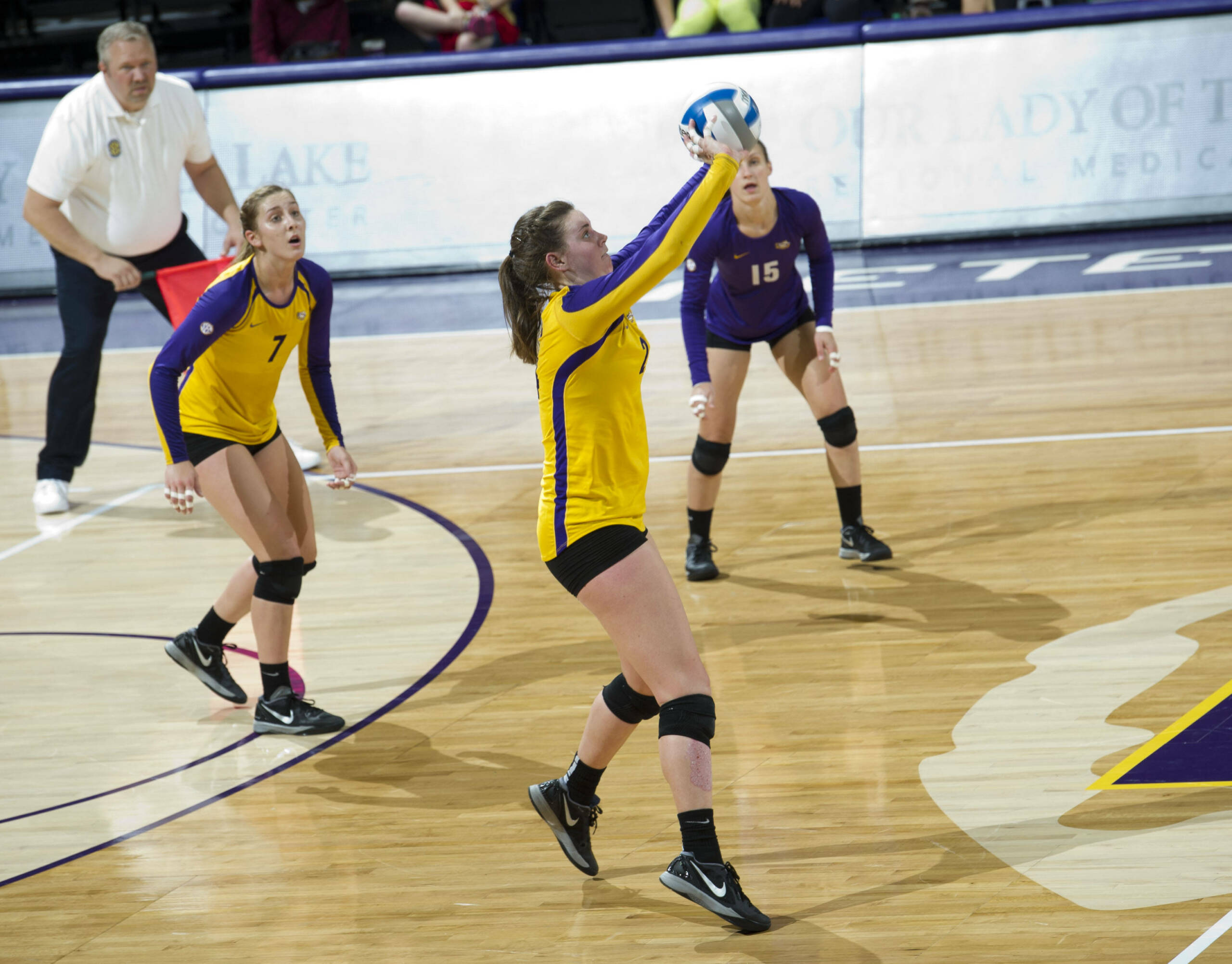 COLUMBIA, S.C. – The LSU volleyball team heads into the final week of the regular season and continues its run of six of eight matches on the road with a Sunday matinee at South Carolina.

Sunday’s first serve is slated for 12:30 p.m. CT from USC’s Competition Facility. A free live audio webcast and live stats also will be available inside the Geaux Zone at www.LSUsports.net/live.

Last time out, LSU (16-11, 6-9 SEC) dropped a 3-0 decision to No. 7 Florida. It marked only the third time on the season that the Tigers were swept. LSU’s offense was limited to 32 kills, while LSU’s back row defense was held to 28 digs. Both marks were season-lows.

“We need to regroup and be ready for South Carolina,” head coach Fran Flory said. “This team has to decide that’s important that we win. The bottom line is do we bounce back after having a subpar performance last night. We have to dig deep, find the grit and find the fight inside of us. As a coaching staff, we’ll do our best to have them ready but ultimately it’s within the players control.”

South Carolina (12-17, 3-13 SEC) has lost its last eight SEC matches going back to Oct. 25. The Gamecocks are being led by Juliette Thevenin who has cranked a SEC-leading 4.69 kills per set. Darian Dozier has chipped in 2.05 kills and 1.09 blocks per set from the middle blocker spot. From the back row, Michae Christiaansen has secured 3.69 digs per set which are 10th in the SEC rankings.

It’s the lone meeting between the two teams during the 2013 season. LSU possesses a 20-14 series edge over the Gamecocks and have won eight of the last nine meetings since 2008. However, South Carolina claimed a five-set victory behind Thevenin’s 22 kills last season in Columbia.

“South Carolina has had a difficult season and has had to deal with a ton of injuries,” Flory said. “They have one of the best players in the SEC on the outside in Thevenin. It’s going to be her Senior Day. She’s meant a lot to their program, and we’re going to have to ready for their best shot. To be successful, we’re going to have to play to win and be willing to take a few risks to win.”

Briana Holman has slapped a team-leading 338 kills on a .335 hitting percentage and continues to pace the SEC with a 1.57 blocks per set average. The .335 hitting clip also is 10th on the SEC leaderboard, fourth among freshmen.

Holman is coming off an 11-kill performance and a career-best .786 hitting clip against No. 7 Florida. The last time a LSU player recorded over a .700 attack percentage were Desiree Elliott and Michele Williams versus Jacksonville State on Aug. 26, 2011.

Cati Leak has hammered home 3.08 kills per set to go along with 2.52 digs and 0.43 blocks per set as a six-rotation option. She has contributed double figure kills during nine of her last 14 outings and secured seven of her 11 spikes during the third set versus No. 7 Florida.

Over her last two matches, Emily Ehrle has chipped in 2.88 kills per set on a .353 hitting ratio for the Tigers. She cranked a career-high 18 kills at Tennessee followed by a career-best .400 hitting clip on five kills during the Florida match.

Desiree Elliott has provided 2.23 kills, 1.17 digs and 0.73 blocks per set. For her career, she has buried 1,141 kills which is fifth among SEC active players and 14th on LSU’s all-time list. Last time out, Elliott didn’t play against No. 7 Florida.

Helen Boyle (1.91), Khourtni Fears (1.84), Katie Lindelow (1.70) and Katarina Raicevic (1.27) have each come away with over a kill per set for LSU. Fears fired in four kills on seven errorless swings, while Boyle and Lindelow will look to bounce back from negative hitting efforts following the Florida match.

LSU has earned 187 victories sparked by five 20-win seasons to go along with seven SEC Western Division titles since 2005. The Tigers also are one of 34 programs to appear in six NCAA Tournaments during the previous eight-year stretch.