Volleyball Swept by No. 7 Florida 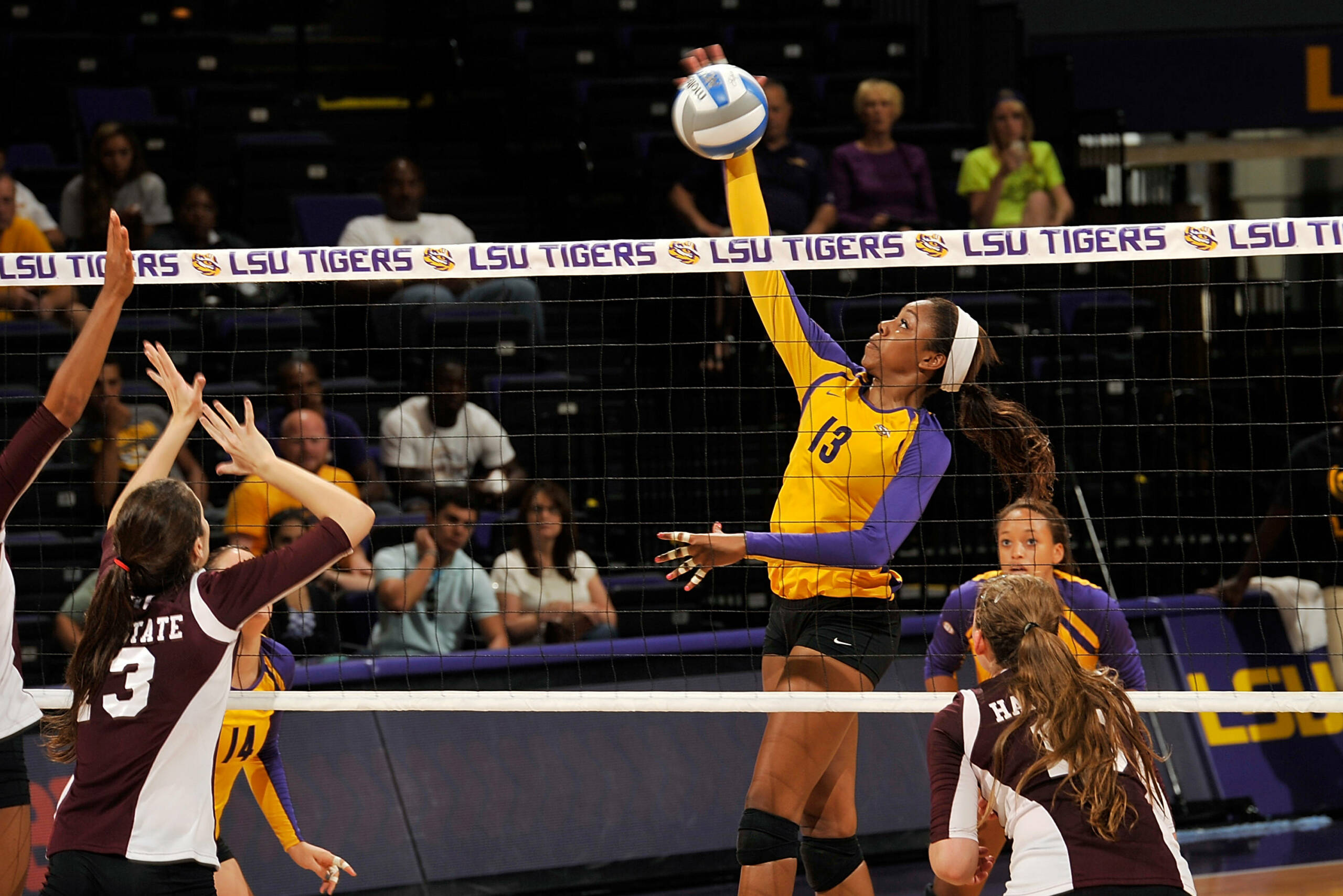 For Holman, she has powered home 10-plus kills in 22 of her last 25 outings. The .786 hitting ratio was the highest output by a LSU player since Michele Williams and Desiree Elliott tallied .769 and .722 attack percentages versus Jacksonville State on Aug. 26, 2011.

“Briana brings a different level of athleticism and intelligence on the court,” head coach Fran Flory said. “I thought she played a very intelligent match. Statistically, she was able to outplay Chloe Mann who is the reigning SEC Player of the Year on her senior night. You don’t have many freshmen that can do that. Unfortunately for us, Briana didn’t have the supporting cast that Chloe did to be able to stay in the match and have a chance to win.”

“Malorie has to do a better job and choose to set our middles especially when we are in system,” Flory said. “She has to understand that’s what we need to do. That’s my job as a coach. We’ve talked about it, we’ve drilled it in practice and now I have to get her to execute it. I didn’t do a good job, and she didn’t get do a good job of doing that tonight. The bottom line is she needs to buy in and understand that Briana and Khourtni need every ball we can possibly get them. By doing that, it will open up the court more for our outside hitters.”

LSU’s defense was limited to a season-low 28 digs to go along with four blocks. Haley Smith secured eight digs. It marked only the second time in her 23 starts at libero position that Smith was held below double figure digs.

The two teams shared five ties and a lead change during the early moments of the first set. LSU used a Holman kill and block to jump out to a 3-1 edge. Florida fired back with three of the next four points aided by two Antwi kills to even the tally at 4-4. After splitting the next eight points, the Gators ripped off a 13-4 run sparked by three Mallette kills to surge ahead by a 21-12 margin. Florida closed out the frame on a Recek kill to claim the 25-16 win.

In set two, the Gators used a similar script with a spurt during the middle of the stanza to extend an 8-6 lead out to a 19-11 advantage. Mallette and Mann combined for five kills coupled with a pair of Florida aces to lead the charge. Down 24-17, the Tigers fought off two set points on Holman kills before UF sided out to tuck away the 25-19 decision.

LSU’s offense found its groove in the third stanza and belted 14 kills on 27 swings errors with only three errors en route to a .407 hitting percentage. However, Florida countered with 17 kills and a strong finishing kick to wrap up the sweep. Ahead 22-20, the Gators sandwiched Mann and Recek kills around an Antwi ace to notch the 25-20 victory.

“You have to credit Florida because they were able to play extremely well on their side of the net,” Flory said. “I think we played a different style in tonight’s match. We played afraid to risk instead of an attacking style with nothing to lose. You can’t do that on an opponent’s home floor much less Florida’s in any capacity.”

LSU continues its run of six of eight matches on the road with a Sunday matinee at South Carolina. First serve is slated for 12:30 p.m. CT with free live audio and live stats available inside the Geaux Zone at www.LSUsports.net/live.