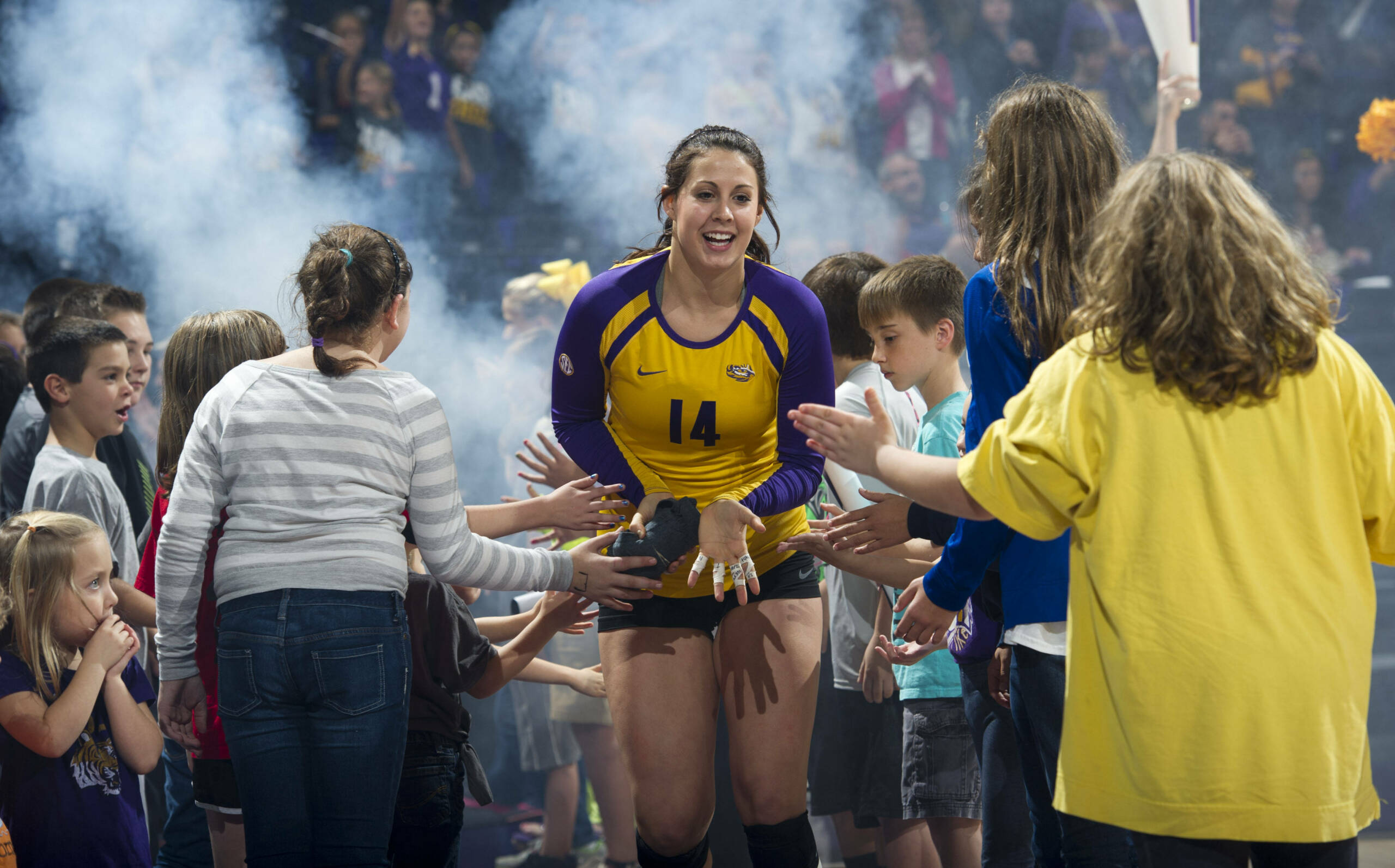 GAINESVILLE, Fla. – The LSU volleyball team squares off with its fifth ranked opponent of the 2013 season as the Tigers travel to meet No. 7 Florida for a Friday evening matchup.

Friday’s first serve is slated for 6 p.m. CT from the Stephen C. O’Connell Center. The match will be televised SUN Sports and a part of Fox Sports Network’s regional footprint. A free live audio webcast and live stats also will be available inside the Geaux Zone at www.LSUsports.net/live.

Last time out, LSU (16-10, 6-8 SEC) emerged with a 3-2 comeback victory over Tennessee. It was LSU’s eighth five-set win on the season which is second-most for a single season in program history only behind the 2007 Tigers who garnered a 9-3 mark. The Tigers enter the week with a No. 34 RPI rating.

“There is certainly still an opportunity left for our team, and we have to cease opportunities when they are in front of us.” head coach Fran Flory said. “You have to credit the other teams we have played, but we have had opportunities to extend matches and even win matches. We have four matches left, and we have to figure out how to do that in the end. If we do, we will have a great opportunity at the end of the season.”

UF’s outside attack of Ziva Recek and Alex Holston have been strong. Recek’s 3.45 kills per set are seventh in the SEC rankings, while Holston’s .400 hitting percentage is fourth among the SEC leaders. The Gators also have four players that have popped 20-plus aces led by Taylor Unroe’s SEC-best 0.38 aces per set. Unroe also has garnered 3.93 digs per set to rank seventh on the SEC leaderboard.

Earlier this season, LSU dropped a four-set decision to the Gators at the Maravich Center. The quartet of Simone Antwi along with Holston, Mann and Recek combined for 52 of Florida’s 61 kills. The Tigers were fueled by Briana Holman‘s 12 kills on a .370 hitting percentage.

“Florida is such a great team,” Flory said. “Their middles (Mann and Antwi) are one of the best middle combinations in the nation. Then you add Holston, a freshman, to the right side. They are extremely difficult to defend. We have to extend rallies and cease opportunities. We typically stay in rallies with Florida. When we stay in the rally, we have to take that last step to finish and score. We have to be creative scoring. Florida played great defense against us earlier this season. They showed great range and made some great touches on balls that against most teams would have been down. I think this is a great defensive team for Florida, one of the better ones that Coach Wise has had.”

Malorie Pardo has dished out 10.50 assists per set, fifth-best among SEC setters, to go along with 2.76 digs and 0.70 blocks per set. She has secured a double-double in seven of her last eight matches en route to a SEC-best 17 double dips in 2013.

Holman is coming off consecutive double-doubles for the first time in her career with 13 kills and 10 blocks versus Auburn followed by 10 kills and a career-high tying 14 blocks at Tennessee. The 14 stuffs during the Tennessee match enabled Holman to set a new LSU freshman record for blocks in a single season previously held by Julie Stempel, the 1988 SEC Freshman of the Year.

Cati Leak has tallied 3.06 kills, 2.57 digs and 0.42 blocks per set. She has picked up double digit kills during eight of her last 13 matches highlighted by a SEC season’s best 17 kills at Tennessee.

Desiree Elliott has collected 2.23 kills, 1.17 digs and 0.73 blocks per set. She nearly tallied her second double dip of the season with 13 kills and a season-high eight blocks. The Texas native recently eclipsed Tess Sulatycki [1989-92] for 14th place on LSU’s all-time kills list, while her 1,141 career kills also are fifth among SEC active players.

Helen Boyle has started in 10 of LSU’s last 15 matches. She has totaled three double-doubles in her last five outings, most recently 16 kills and 15 digs versus Auburn. For the season, Boyle has chipped in 1.97 kills and 2.58 digs per set.

Khourtni Fears (1.87), Emily Ehrle (1.85), Katie Lindelow (1.74) and Katarina Raicevic (1.35) have each turned in over a kill per set for LSU. Ehrle cranked a career-high 18 kills on a career-best .341 hitting ratio at Tennessee whereas Lindelow reeled in a career-high 32 digs against Auburn. The 32 digs also were tied for ninth-most in program history for a single match.

LSU’s back row has amassed a SEC-leading 16.46 digs per set in league matches and continues to be anchored by Haley Smith who has started the last 22 matches at libero. She has stretched out for 3.83 digs per set to check in eighth among the SEC leaders and is coming off a career-best 26 digs at Tennessee.

Laura Whalen has come away with nine 10-plus dig efforts and ripped an ace in 11 of her 21 appearances. She provided 11 digs, two aces and was a spotless 22-for-22 on reception attempts during the Tennessee match.

“We have always been a team known for its defense,” Flory said. “With the addition of Holman leading the league in blocking, our defense is hard to score on. I love what Katie had done defensively and handling the ball these past couple weeks. Laura is back her comfort zone, and Haley has just stabilized us at libero. She is beaten up, any libero at this point in the season is a little bruised and beaten up. She is a tough competitor. I look for all of them to have a great finish to the season during these last four matches.”

LSU has earned 187 victories sparked by five 20-win seasons to go along with seven of the last eight SEC Western Division titles since 2005. The Tigers also are one of 34 programs to appear in six NCAA Tournaments during the previous eight-year stretch.