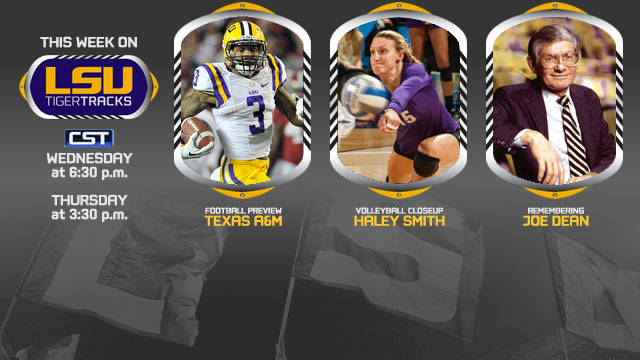 LSU Tiger Tracks begins with a preview by correspondent Garrett Walvoord of the Top 20 football matchup between LSU and Texas A&M Saturday in Tiger Stadium.

The show continues with an update on the LSU volleyball team and an up-close look at one of its key players, sophomore Haley Smith.

LSU Tiger Tracks also includes a report on an LSU student’s research about how to make Louisiana’s coast more sustainable and improve the overall health of coastal marshes.

The show concludes with a look at the impact of the late Joe Dean on collegiate athletics. Dean, who died Sunday at the age of 83, was an all-SEC basketball player at LSU, a renowned basketball television analyst and LSU’s director of athletics from 1987-2001.