Volleyball Gears Up for Tennessee 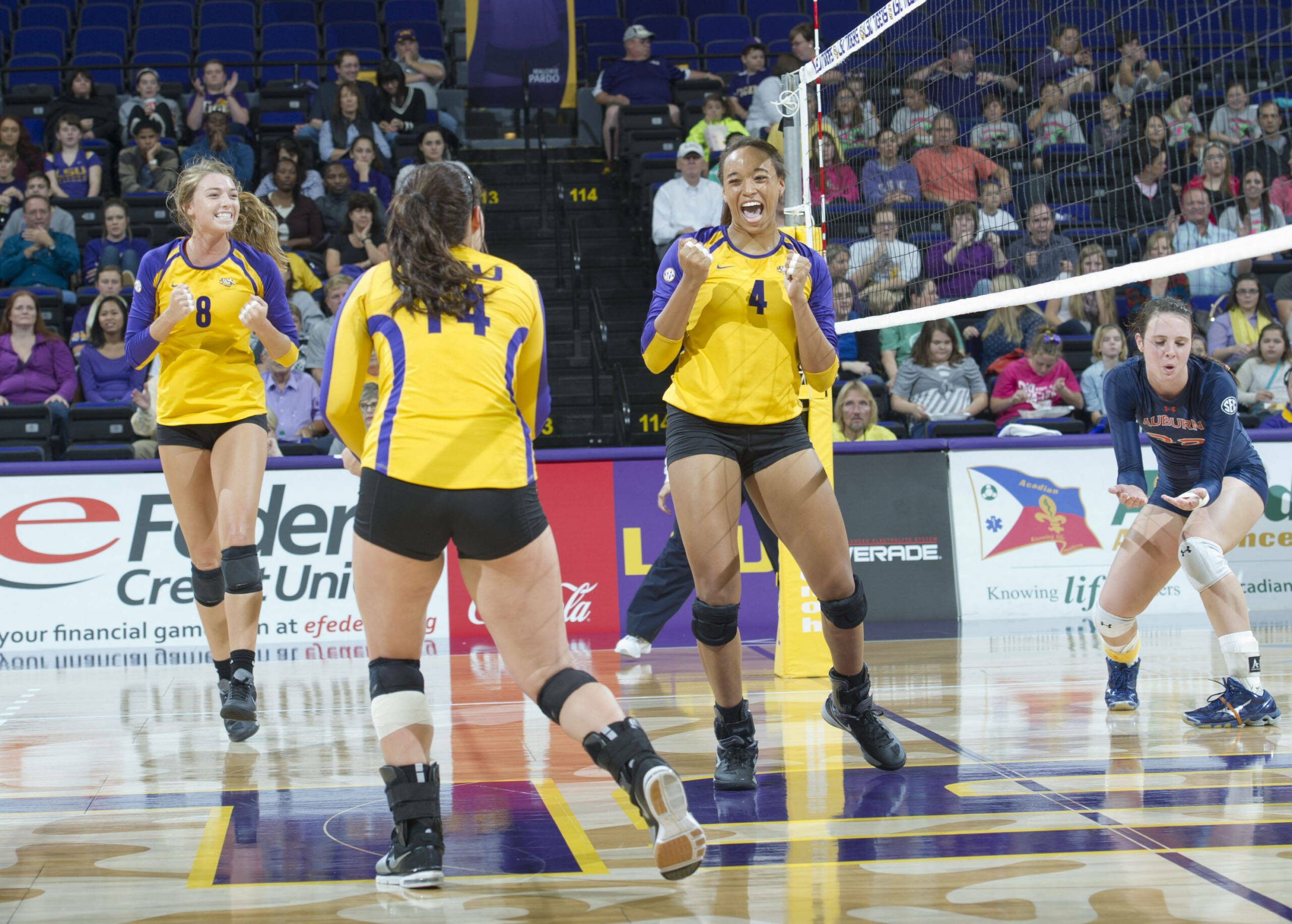 KNOXVILLE, Tenn. – The LSU volleyball team will wrap up its stretch of five matches over a 10-day span and looks to end a three-match losing streak as the Tigers meet Tennessee for a Sunday matinee. It’s the lone meeting between the two teams during the 2013 season.

Sunday’s first serve is scheduled for 12 p.m. CT from Thompson-Boling Arena. A free live audio webcast and live stats also will be available inside the Geaux Zone at www.LSUsports.net/live.

Last time out, LSU (15-10, 5-8 SEC) was handed a five-set loss by Auburn. LSU tallied a season’s best 111 digs which also was the fifth-most in program history for a five-set match. The front row racked up 20 blocks for the second time on the season.

Tennessee (9-18, 1-12 SEC) has lost its last five outings and was handed a three-set sweep by Texas A&M on Friday. Jamie Lea has tallied a team-leading 3.08 kills per set to go along with 1.14 digs and 0.59 blocks per set. On the back row, Ellen Mullins has been stellar with a SEC-best 5.80 digs per set. Lexi Dempsey has tabulated 15 double-doubles as UT’s setter, third-best on the SEC leaderboard.

LSU holds a 33-21 series advantage over the Lady Vols, but Tennessee has won the last four meetings which include a pair of sweeps in Knoxville going back to the 2011 season. This marks the first of four straight road matches for the Tigers.

“We are really going to have to prepare well, and we will have to jumpstart our mentality,” head coach Fran Flory said. “Honestly, our team plays better on the road than we do at home. I don’t know why that is. We are a more confident and a more connected team on the road. It is very unusual. I have never had a team that wants to be on the road more than they want to be at home.”

For Boyle, her 16 kills versus Auburn were a season-high. She also added 15 digs for her third double dip in her last four outings. She has started in 10 of LSU’s last 14 matches and contributed 2.03 kills and 2.60 digs per set on the season.

Holman produced 13 kills and 10 blocks against en route to her third double-double this season. She has amassed a team-leading 3.11 kills per set and a SEC-high 1.52 blocks per set. For the season, Holman has secured 155 total blocks and is five stuffs away from breaking Julie Stempel’s (1988) single-season freshman record.

Leak has powered home 10-plus kills in seven of her last 12 outings. She notched 11 kills coupled with a career-high 22 digs against Auburn.

Pardo turned in a strong all-around effort with 50 assists, 20 digs and a career-best eight blocks during the Auburn match. Her 10.55 assists per set are fifth among the SEC leaders, and the junior setter has racked up 16 double-doubles, second-most in the SEC.

Desiree Elliott secured 13 kills and a season’s best eight blocks against Auburn. The 13 kills vaulted Elliott into 14th on LSU’s all-time list. She has hammered 2.25 kills and added 0.84 blocks per set over her last 11 outings since returning to the middle blocker position.

Katie Lindelow stretched out for a career-high 32 digs versus Auburn. The 32 digs also were tied for ninth-most in program history for a single match. For the season, Lindelow also has contributed 12 perfect passer ratings.

Haley Smith has tucked away 3.76 digs per set to rank 10th in the SEC. She has reeled in 10-plus scoops in eight consecutive matches and 20 of her 21 starts at the libero spot.