Volleyball Looks to Regroup with Auburn 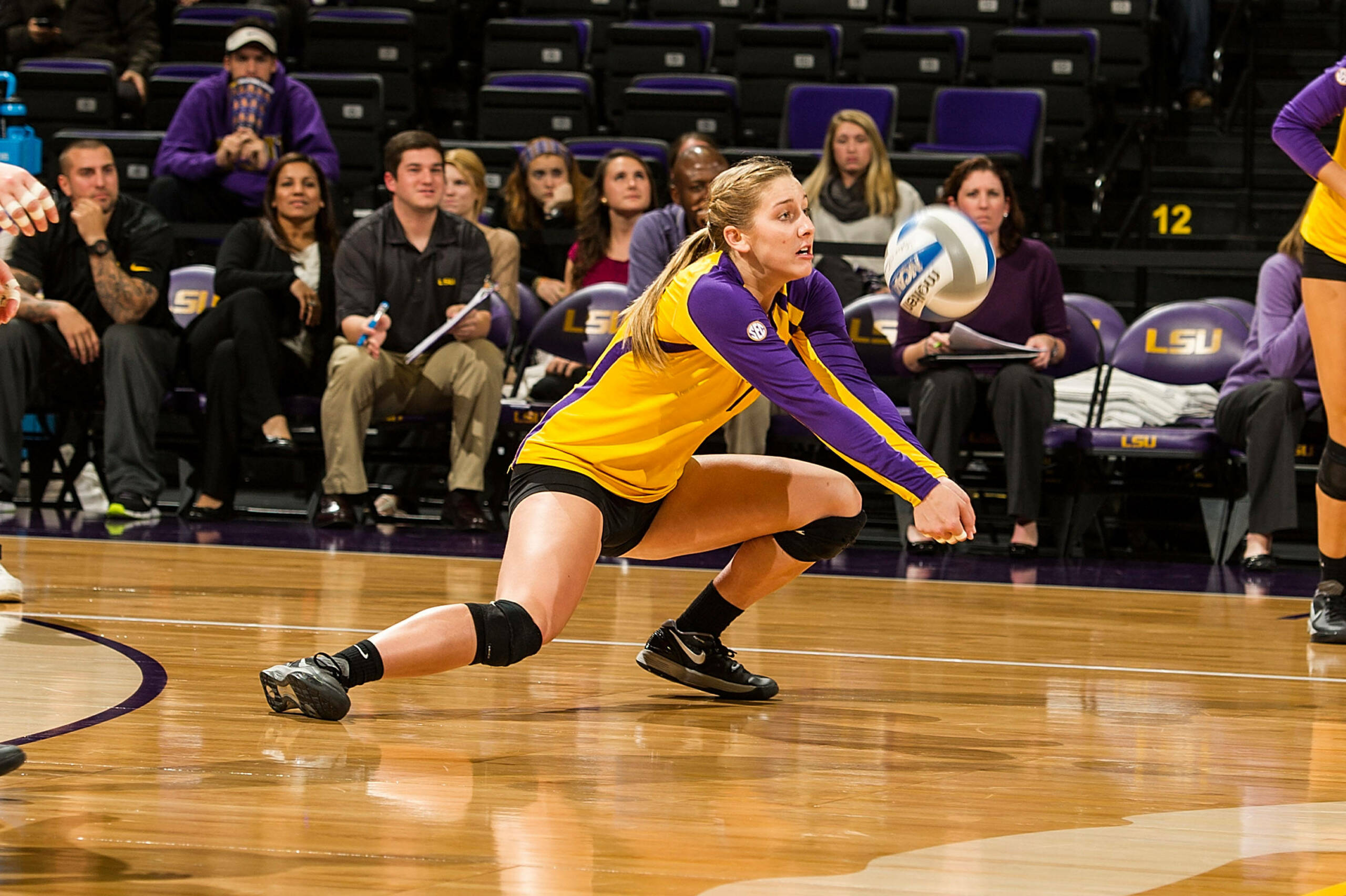 BATON ROUGE – The LSU volleyball team will look to bounce back and return to the win column as the Tigers play host to Auburn for a Friday evening matchup at the Maravich Center.

Friday’s first serve is on-tap for 7 p.m. with live video and live stats available for Geaux Zone subscribers at www.LSUsports.net/live. Admission to all 2013 home matches is free compliments of The Advocate’s “Geaux Free” program. It’s the final “Attend and Win” match of the season where one lucky fan will take home two tickets to next Saturday’s football game against Texas A&M.

Last time out, LSU (15-9, 5-7 SEC) was handed a three-set sweep by Texas A&M on Wednesday. It marked only the second time that the Tigers have been defeated in three sets this season.

LSU’s offense compiled 42 kills but were limited to a .178 hitting percentage versus the Aggies. The Tigers have lost seven of their nine decisions when hitting under a .200 ratio.

“I feel like we have to move forward,” head coach Fran Flory said. “We have to figure out how to recover. We thought we got them taken care of, but we’re not. I am going to have to do some talking to the players and decide how to mentally and physically recover. We have to find some tenacity and that fire in our belly. This is important, and we have to fight through.”

Auburn (16-9, 7-6 SEC) has won six of its last eight matches since its four-set victory over LSU on Oct. 18. The win snapped LSU’s 22-match winning streak in the series which dated back to the 2001 season. Auburn is being fueled by Katherine Culwell’s 3.18 kills per set and Camilla Jersonsky’s 2.71 kills per set. Both players are ranked among the SEC’s Top 10 kills list for active players. Jersonsky has provided a team-high 0.99 blocks per set, while Sarah Wroblicky has anchored the Auburn back line with a team-leading 4.55 digs per set which are third-highest in the SEC.

LSU continues to be led by Briana Holman, the three-time SEC Freshman of the Week. She has powered home a team-leading 3.13 kills and 1.49 blocks per set. The 1.49 blocks per set pace the SEC whereas her 145 total blocks are fourth-most for a freshman in program history. The Texas native heads into the Auburn match eight stuffs away from moving past former All-American Lauren DeGirolamo [2006-09].

Malorie Pardo had her streak of five consecutive double-doubles end during the Texas A&M match. However, her 15 double dips are tied for second on the SEC leaderboard. The junior setter has posted 10.57 assists per set, good enough for fifth place in the SEC.

Katie Lindelow has chipped in 1.81 kills, 2.90 digs and 0.41 blocks per set. She will look to rebound from a negative hitting clip versus Texas A&M and has notched seven double-doubles in her last 11 outings. Her 10 overall double dips are tied for fourth place among the SEC leaders.

Helen Boyle has added 1.93 kills, 2.57 digs and 0.22 blocks per set. She nearly collected her third straight double-double with nine kills and 14 digs against Texas A&M.

Desiree Elliott goes into the Auburn match three kills away from moving past Tess Sulatycki [1989-92] for 14th position on LSU’s all-time list. She knocked nine kills and tallied five blocks in the first Auburn meeting, and her 1,128 career kills are fifth among SEC active players.

From the libero position, Haley Smith has tucked away 3.78 digs per set which is tied for ninth place in the SEC. She has secured 10-plus scoops in 19 of her 20 starts at libero, most recently 13 digs during the Texas A&M match.

It’s “Greek Night” where the Greek organization with the most members that check-in and out of the match will win a Tiger Stadium Tour with a special photo shoot. For the third straight season, the LSU Drum Line also will perform in between sets two and three as part of “Rock the PMAC III”.