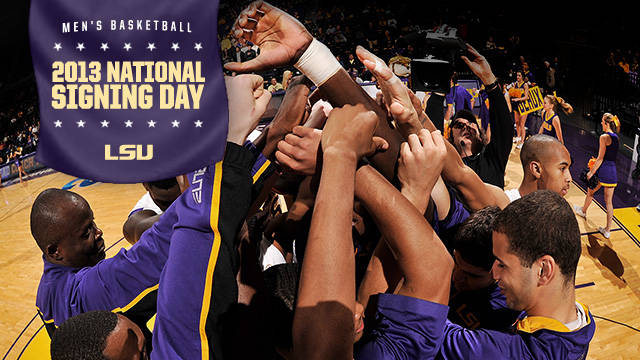 The three signees came on the first day that NLI papers could be signed in the November early signing period.

“We are excited about this recruiting class,” said the second-year head coach of the Tigers. “We feel that we have been able to strengthen our team in every position by the variety of skills that each of these players brings to our team.”

Four-star recruit Robinson stands at 7-0, 322 pounds. Rivals and ESPN both have Robinson ranked as the fifth best center in the country and he is also ranked around 50 in the country overall. The center averaged 12.0 points and 10.0 rebounds per game as a sophomore and upped those averages to 14.0 points and 12.5 rebounds as a junior. He spent the summer playing for the Dallas Seawolves Elite AAU team. He also attended the NBA Top 100 camp in June and the LeBron James Skills Academy in July.

“Elbert Robinson is a rarity in high school and college,” said Jones. “He is a true center. With his height and strength he will certainly make an impact for us in the paint for us on both ends of the floor, offensively and defensively. He has a great knack for scoring around the basket. He is also a sound passer for a big man and can really defend the paint area. He will have the opportunity to make an impact on our program next season and we feel he is one of the top centers in high school basketball.”

Patterson, at 5-11, hit the game-winning 3-pointer last April when Montverde beat Tyler Ennis and St. Benedict’s Prep in the ESPN National High School Invitational Final. He also over the summer played point guard with the Atlanta Celtics. Patterson is also listed as a 3-star recruit by the web sites.

“Jalyn is a tremendous point guard with excellent skills,” said Jones. “He has great outside shooting and ball-handling ability. He is a tenacious defender on the other end of the floor who will be a tremendous asset to our team next year.”

Epps, 6-9, was an honorable mention selection for the Class 4A All-State team after averaging 18 points and 12 rebounds last season for Tioga. He also played for the Jackson Tigers, an elite AAU program on the NIKE Elite Youth Basketball League circuit and was rated by at least two of the recruiting web sites as a 3-star prospect. Epps is also a standout track athlete, finishing second at the state track meet in the high jump by clearing 6-6.

“Aaron Epps has the length and ability to play a variety of positions for us. With his ability to shoot the ball from outside and the way that he runs the floor along with his shot-blocking and rebounding skills will certainly be a great addition to our front line for the 2014-15 season,” Jones said.

The Tigers open their home schedule on Saturday night at 7 p.m. against Northwestern State at the Pete Maravich Assembly Center. Season tickets, mini-plans and non-conference single game tickets are on sale at LSUTix.net.