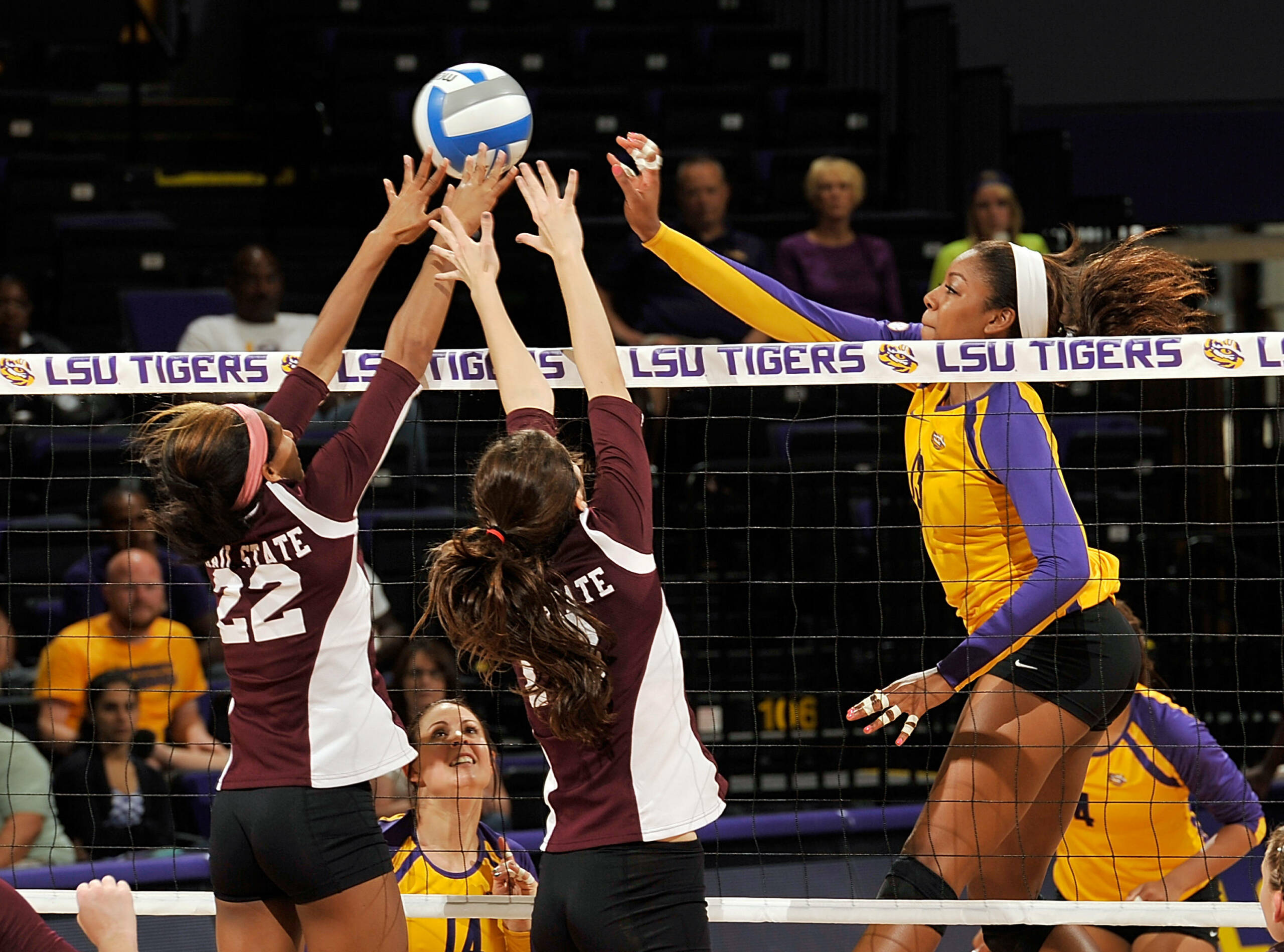 “Our team played their hearts out during this road trip,” head coach Fran Flory said. “I’m super proud of their effort, and I couldn’t have asked them to do anything more than they did during today’s match. The bottom line was Kentucky made a few more plays on their side of the net. That’s not to say we left a lot of plays out there. I thought we took advantages of the opportunities that we had. We’re very consistent and very effective playing a great defensive and veteran team like Kentucky is. Unfortunately for us, Kentucky was able to step up and make those extra plays to win. ”

Malorie Pardo charted 56 assists to go along with 12 digs to secure a team-leading 15th double-double of the season. The 56 helpers enabled Pardo to become the first player since former All-American and LSU Hall of Fame inductee Dani Reis (1989-92) to distribute 1,000 assists in three straight seasons.

Cati Leak added 14 kills and nine digs. After powering home eight kills on a plus .500 attack percentage during the first set, UK’s defense limited Leak to six spikes on a .034 hitting ratio for the final four sets.

Katie Lindlelow tacked on 12 kills, 16 digs and three blocks. It was Lindelow’s seventh double dip in her last 10 outings. Helen Boyle registered 11 kills and 12 digs to give her consecutive double-doubles for the first time this season.

Desiree Elliott provided six kills, four blocks and three assists. However, she was held to a .067 hitting clip on her 30 swings which was her second-lowest output on the season.

LSU’s back row defense was fueled by Haley Smith, who stretched out for a match-leading 23 digs. She was one dig shy of a career-high, and it was Smith’s six 20-plus dig effort of 2013.

Anni Thomasson exploded for a career-high 30 kills coupled with a career-best 22 digs to spearhead the Wildcats. Morgan Bergren (66 assists, 11 digs) and Whitney Billings (13 kills, 19 digs) also tallied double dips, while Shelby Workman came off the bench to slap 11 kills over the final three sets for UK. Jackie Napper reeled in 22 digs on the back row.

“There are a lot of talented freshmen in our league this season,” Flory said. “They continue to put up great numbers. Briana being able to have 20 kills as a middle blocker is truly a special performance. On their end, Thomasson was very tough for us to defend. She did a really nice job of mixing up her shots. She’s a balanced and terminating type of hitter. I’m sure she’ll carry them for the next couple of seasons as Briana will carry us.”
The two teams traded blows during the opening set which was highlighted by 11 ties and four lead changes. With the score tied at 16-16, Kentucky crept out to a three-point edge after a Lauren O’Connor kill paired with two LSU hitting errors. Down 22-20, the Tigers rallied with five of the final six points to snatch a 25-23 victory. Holman ignited the spurt with a kill then Leak took over with three consecutive spikes. After Kentucky sided out with Billings, Lindelow delivered the final blow with a crosscourt kill.

The Wildcats used two Billings and two Thomasson kills to jump out to a 6-2 advantage to begin set two. UK led wire-to-wire and Thomasson ended the stanza with eight kills to even the match at a set apiece with a 25-16 win.

Out of the locker room, the two teams shared the first 14 points of the third set. LSU would put together six of the next eight points to surge ahead 13-9. Holman ripped three kills and added a solo stuff to fuel the run. The Wildcats turned the tables with an 11-3 spurt aided by five LSU hitting miscues to go up by a 20-16 margin. LSU would fight off two set points with a Boyle-Elliott block and a Lindelow kill to draw even at 24-24. UK turned to back-to-back Workman kills to close out the 26-24 decision.

LSU responded in set four which featured 12 ties and three lead changes. Neither team could gain more than a three point edge. Kentucky went up 21-18 after Thomasson and Billings pieced together back-to-back kills. The Tigers came right back with two Holman kills sandwiched between a Holman-Lindelow block to even the ledger at 21-21. Then, LSU fended off a match point. All square at 25-25, Boyle buried consecutive kills to give the Tigers a 27-25 triumph.

LSU’s defense started the deciding fifth set on a strong note and forced the Wildcats into five hitting errors to build an 8-5 advantage. Boyle, Holman and Leak also cranked kills for the Tigers. Kentucky charged back with the next three points capped by a Workman kill to knot the tally at 8-8.

The two teams would split the next six points before LSU would go back ahead 12-11 on a Holman-Lindelow block of Billings. Howevr, Billings responded with a sideout spike coupled with an Alexandra Morgan kill and a Pardo double contact to bring the Wildcats to match point at 14-12. LSU staved off one match point with a Leak kill, but Thomasson answered to lift UK to the winner’s circle at 15-13.

“This is really important week for us,” Flory said. “We have played ourselves into a position and have a chance to be where we want to be at the end of the season. This team understands that and will be driven and determined Tuesday when we come back into the practice gym. Our team has a great approach right now and a better understanding of the game. We’re getting better and gaining confidence. I think the depth of our team will come into play having three matches next week. We grew up this trip, and it could be the one that pushes us over the top.”

LSU heads into the heart of a five-match stretch over a 10-day span and welcomes Texas A&M Wednesday to the Maravich Center. First serve is slated for 6 p.m., and the game will be carried by Cox Sports Television. Live stats also will be available for free inside the Geaux Zone at www.LSUsports.net/live.

Admission to all 2013 home matches is free compliments of the Advocate’s “Geaux Free” program. The Texas A&M match marks the fifth of six “Attend & Win” matches where one fan will take home a marquee prize. To be eligible for the “Attend & Win” prizes, fans must stay through the entire match.