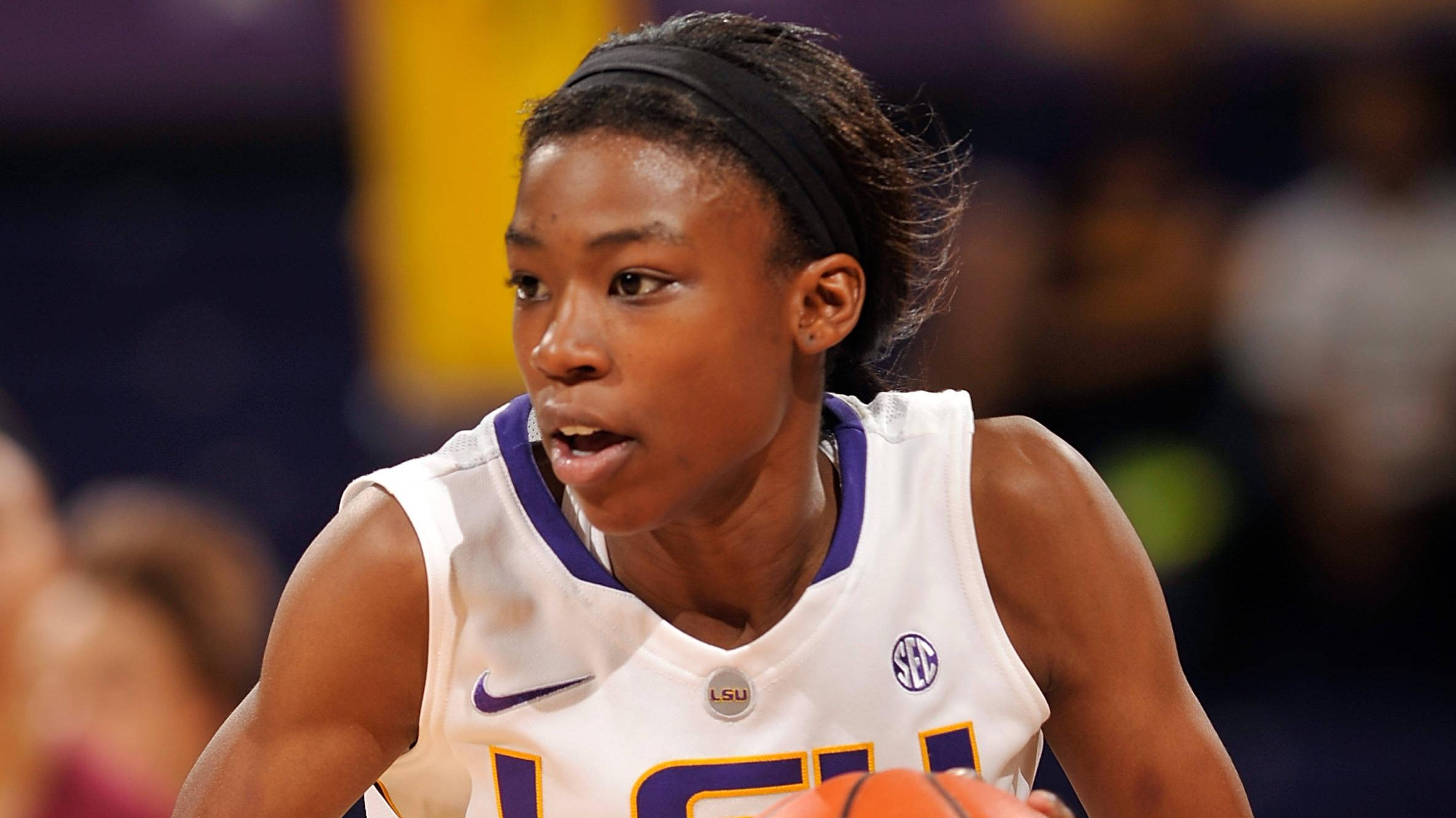 BATON ROUGE – The 15th-ranked LSU women’s basketball team rode a dominant first half and wore down Saint Joseph’s with its depth to advance to the semifinals of the preseason WNIT by a score of 80-64 on Sunday in the Pete Maravich Assembly Center.

For the second straight game, junior guard DaShawn Harden led LSU with 19 points, connecting for three from three-point land and recording five steals in 36 minutes.
“Her ability to score the basketball is unbelievable because she’s so versatile,” said LSU head coach Nikki Caldwell. “Tonight she fell in love with the three-ball, but she made some key baskets especially when they were making runs at us.”

Despite a distinct height and depth disadvantage, Saint Joseph’s (1-1) was able to keep the game interesting by burying 9-of-25 threes. Erin Shields led all scorers with 23 points and 7-of-12 from beyond the arc.

The Lady Tigers closed the first half with an 8-0 run and took a 40-25 advantage into the locker room. Freshman Jasmine Rhodes sparked the final minute, converting a three-point play after an offensive rebound.

Shields got hot from the outside with back-to-back threes as a once 51-32 LSU lead dissipated to 10 with 11:15 to play in the game. Harden pushed the lead during a 9-2 run with a three from the left corner and two free throws.

As a team, LSU drained 16-of-22 from the line and got several quality paint looks. The Lady Tigers shot 46.2 percent from the floor and tallied 16 assists.

Senior forward Shanece McKinney provided several key rebounds in the final five minutes. She accounted for LSU’s last two field goals as the Lady Tigers dominated the boards, 50-30.
“We talked about the fact that we needed to control the boards,” said Caldwell. “They did a great job of getting back – St. Joseph’s didn’t get many easy looks.”

On junior guard DaShawn Harden leading scoring for the second consecutive game…
“She’s been a breath of fresh air. Her ability to score the basketball is unbelievable because she’s so versatile. Tonight she fell in love with the three-ball, but she made some key baskets especially when they were making runs at us.”

On Danielle Ballard‘s 12 points, 9 rebounds and 7 assists…
“She is by-far one of our most versatile players. She can play in multiple positions. She’s gotten better defensively. St. Joe’s did a great job of penetrating, and she did a great job defensively of being solid and anchoring us.”

On LSU outrebounding St. Joseph’s 50 to 30…
“We talked about the fact that we needed to control the boards. They did a great job of getting back – St. Joseph’s didn’t get many easy looks.”

On her thoughts on the team after the first two games…
“We’re still growing. We still have a lot of room for growth, but in the right direction. We’ve done a lot of things in the last couple of games. We’re going to focus on those things and stay positive that we’re coming back and working on the things that challenged us.”

Most important takeaway from the game…
“How we’re going to play. We want to be a team that generates runs, but we also want to be able to answer other people’s runs.”

On her gauge of the team…
“So far, I feel like we are doing a good job effort wise.  I feel like we are doing all the little things that you can’t really coach: effort plays, energy plays, taking charges.  We just need to clean up our game basically.  We need to get defense straight, we need to learn how to do a better job on the offensive end, stay patient.  We have a young group, so everyone is looking to hurry up and score and we just need to slow it down and that’s just going to come with time.  Right now, I feel pretty good about where we are and our growth.”

On their height advantage…
“The game plan was go get it inside, but then also they started to bring the double-team in the second half so that opened up a lot of outside shots for our shooters.  Anne Pedersen came in, knocked down a few outside shots. (DaShawn) Harden all night was knocking down shots like usual. We were expecting the double team in the first half, so it wasn’t a big shock when it came in the second.”