Volleyball Set for No. 20 Kentucky 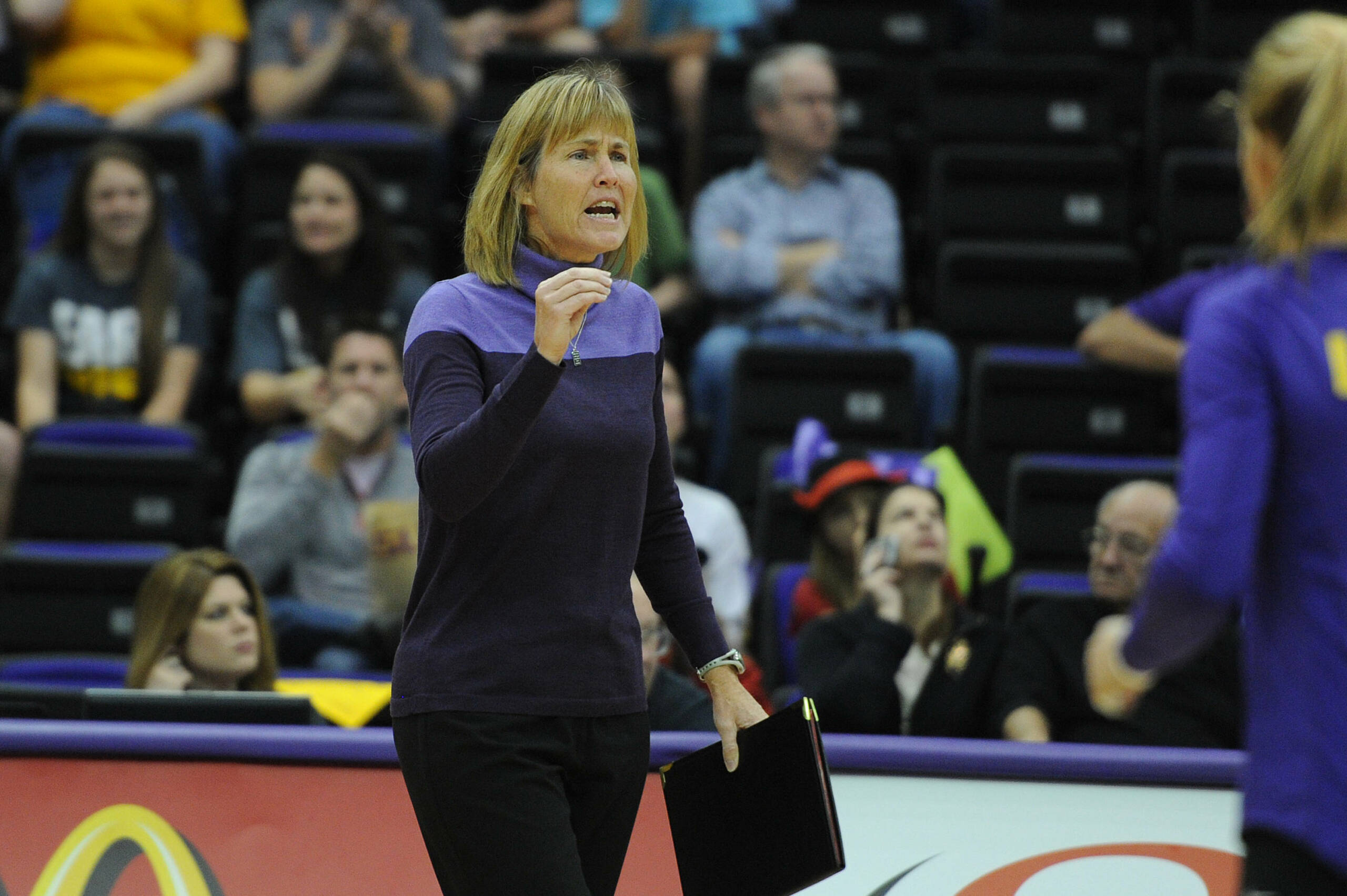 LEXINGTON, Ky. – The LSU volleyball team will continue its stretch of five matches over a 10-day span and faces its fourth ranked opponent of the 2013 season when the Tigers meet No. 20 Kentucky in a Sunday matinee. It will be the lone meeting between the Tigers and Wildcats this season.

Sunday’s first serve is scheduled for 12 p.m. CT from Memorial Coliseum and will be televised regionally by Fox Sports South. A free live audio webcast and live stats also will be available inside the Geaux Zone at www.LSUsports.net/live.

Last time out, LSU (15-7, 5-5 SEC) outlasted Georgia to move into a sixth place tie in the SEC standings and claim its seventh five-set of the season. The seven five-set victories are tied for the second-most in program history for a single season with the 1985 and 1986 teams. During the 2007 season, the Tigers won nine five-setters.

The Wildcats (17-6, 9-3 SEC) hold sole possession of third place in the SEC standings and have won 11 of their 12 home matches this season which includes a 3-0 sweep of South Carolina on Friday. Whitney Billings, a two-time AVCA All-American, has turned in a balanced 3.61 kills, 2.68 digs and 0.76 blocks per set as a six-rotation option. The 3.61 kills per set are sixth in the SEC rankings.

In the middle, Alexandra Morgan has produced 2.15 kills per set on a crisp .402 hitting percentage which is fifth among the SEC leaders. Morgan and Sara Schwarzwalder are ranked seventh and eighth on the SEC’s blocks list with 1.11 and 1.08 per set marks, respectively. UK’s back row is led by Jackie Napper’s 3.80 digs per set, eighth-best on the SEC leaderboard.

Kentucky possesses a 33-23 all-time series edge over LSU and has won nine of the last 11 meetings in Lexington since 2001.

“Sunday’s match is going to be a tough one for us because Kentucky is such a physical team,” head coach Fran Flory said. “I like the matchup because we typically play better when we’re facing more physical teams. Their offense is very fast to the pins, and Whitney Billings is a talented right side hitter. To be successful, we’re going to have to remain balanced on offense and understand the match is going to won on our side not on theirs.”

Malorie Pardo has compiled four straight double-doubles, most recently she charted 56 assists to go along with 16 digs and had a quartet of hitters strike for 10-plus kills for the fourth time on the season during the Georgia match. Her 14 double dips are tied for second place in the SEC.

Briana Holman came away with five of her team-leading 17 kills and two of her team-best seven blocks in the fifth set at Georgia. For the season, Holman continues to headline the SEC with a 1.54 blocks per set average. Her 137 total blocks are the third-most for a freshman in program history.

Helen Boyle has started seven of LSU’s last 11 matches and garnered her third double-double of the season with 14 kills and 12 digs against Georgia. The 14 kills equaled her second-highest output in 2013.

Cati Leak secured a solid all-around with 14 kills, 17 digs and five blocks against Georgia. For Leak, the five blocks matched a career-best. She has produced a team-leading 3.12 kills per set and 10-plus spikes during five of her last nine outings.

Katie Lindelow notched her sixth double-double in her last nine matches with 12 kills and 11 digs during the Georgia match. She also registered five blocks tying her career-high. Lindelow has provided 2.19 kills and 2.56 digs per set as an outside hitter since moving from libero during the fifth match of the season.

Desiree Elliott chipped in eight kills and five blocks at Georgia. The eight kills allowed Elliott to surpass Brittnee Cooper (2006-09) and Madie Jones (2009-12) for 15th place on LSU’s all-time list. The senior middle blocker heads into the Kentucky match 16 kills shy of moving past Tess Sulatycki (1989-92) for the No. 14 spot.

LSU’s back row has accounted for a SEC-leading 15.95 digs per set in league play. Haley Smith has stretched out for 3.72 digs per set which ranks 10th in the SEC. She has tallied 10-plus digs during 17 of her 18 starts from the libero position.