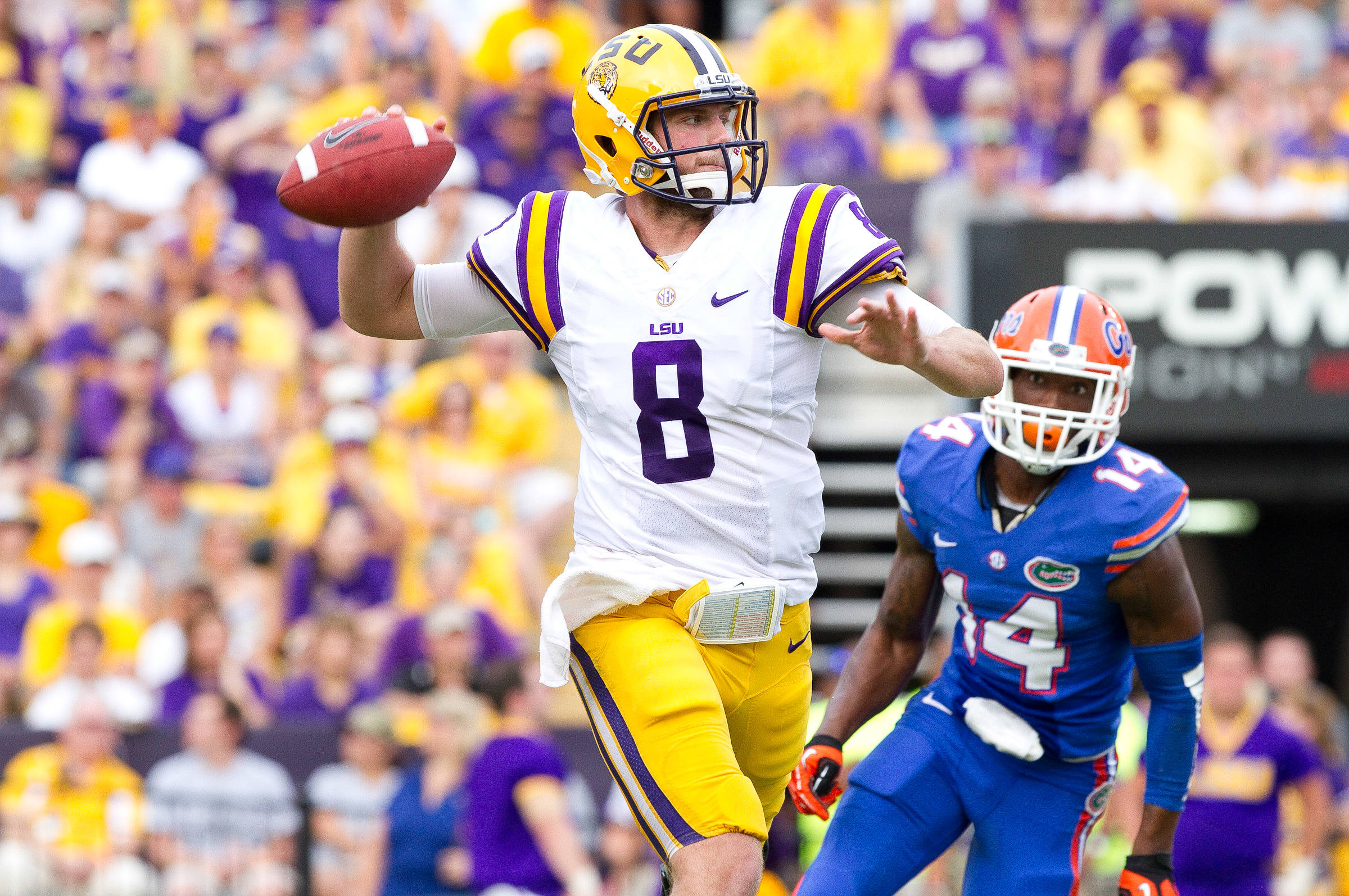 BATON ROUGE – In what has become one of the most anticipated games in college football each year, 10th-ranked LSU renews its annual rivalry with top-ranked Alabama on Saturday at Bryant-Denny Stadium in Tuscaloosa.

Kickoff between the Tigers and the Crimson Tide is scheduled for prime time with a 7 p.m. start on CBS. Verne Lundquist, Gary Danielson, and Tracy Wolfson will call the action for CBS.

The game will also be heard on the LSU Spots Radio Network and in the Geaux Zone on LSUsports.net with Jim Hawthorne, Gordy Rush and Bill Franques on the call.

LSU, which remains mathematically alive for the SEC Western Division title, is 7-2 overall and 3-2 in league play. The Tigers had their first open date last week after nine consecutive weeks of action. LSU’s last outing came against Furman when the Tigers posted a 48-16 non-conference win over the Paladins.

LSU must win its last three games, which include Texas A&M on Nov. 23 and Arkansas on Nov. 29, and get some help in order to reach the SEC Championship Game. Alabama and Auburn (4-1) are ahead of the Tigers in the league standings.

The Crimson Tide, who are coached by former LSU head coach Nick Saban, has been ranked No. 1 all season and brings an 8-0 overall record and a 5-0 league mark into the contest. Alabama, which also had an open date last week, beat Tennessee, 45-10, in its last outing two weeks ago.

Saturday’s game marks the fourth straight game and the fifth time in seven meetings that either LSU or Alabama goes into the contest ranked No. 1 in the country. LSU was ranked No. 1 for both games in 2011, while Alabama was No. 1 in 2008, last year and then again this season.

Despite losses to Alabama in its last two meetings – the BCS National Championship Game in 2011 and last year in Baton Rouge – LSU is still enjoying its most successful run against the Crimson Tide. LSU is 6-4 in its last 10 games vs. Alabama and 9-6 over the last 15 meetings. LSU has won six of its last eight games in Tuscaloosa dating back to a 27-0 win in 1997.

LSU coach Les Miles has a 5-4 mark against Alabama, which includes a 3-1 record in games played in Tuscaloosa. LSU won the last meeting between the teams in Bryant-Denny Stadium, 9-6, in overtime in what was billed as the “Game of the Century”.

While the stakes may not be as high for this year’s game it was in 2011 and 2012, it still has national championship implications. An LSU victory will keep the Tigers in the hunt for the SEC Western Division title while also keeping alive their hopes for a BCS bowl bid.

“This game presents a great opportunity for both teams,” Miles said this week. “Our guys are in college football for these kind of games. We look forward to playing them. Any time you line up against Alabama, there’s a rivalry and there’s national prestige. The want to make plays against a very quality opponent is there.  I think the greatest compliment that we can pay an opponent is our best efforts, and certainly Alabama will get that.”

To have success against Alabama, the Tigers will have to move the football against a Crimson Tide defense that leads the SEC in scoring defense (9.8 points) and total defense (280.9 yards). Alabama is allowing just 101.9 rushing yards per game and 179.0 passing yards a contest.

LSU will counter Alabama’s defense with an offensive unit that has had one of the most productive seasons in school history as the Tigers are averaging 40.2 points and 480.0 total yards (200.6 rushing, 279.4 passing) per game.

Quarterback Zach Mettenberger leads an LSU offense that has converted 57.6 percent (57-of-99) third-down opportunities, which leads the SEC and is the best percentage in school history. Mettenberger, who is 17-5 as LSU’s starting quarterback, has thrown for 2,492 yards and 19 touchdowns with just seven interceptions.

Mettenberger goes into the Alabama games just eight yards shy of becoming the first player in LSU history to pass for 2,500 yards in back-to-back seasons.

A year ago in LSU’s near upset of No. 1 Alabama, Mettenberger had the best game of his career with 298 passing yards and one touchdown as he completed 24-of-35 passes.

When the Tigers go the running game, sophomore Jeremy Hill gives LSU a reliable back who has breakaway ability every time he touches the football. Hill ranks second in the SEC with 115.2 yards per game as he rushed for 922 yards and 12 TDs on 128 carries this year.

Defensively, LSU must be ready to defend an Alabama offense that can throw and run it will equal effectiveness as the Crimson Tide are rushing for 210.8 yards per game and passing for 252 yards a contest. Alabama has scored 45 or more points in four of its five SEC games and they are averaging 41.2 points a contest.

The Tigers will rely heavily on their defensive front – which is led by a pair of outstanding defensive tackles in Ego Ferguson and Anthony Johnson – to control the line of scrimmage.

“In any game and really in every game, there comes a point where your defensive front must take the line of scrimmage,” Miles said. “This will be a great challenge.  Alabama has got a great style of play.  And certainly on offense, they are a very talented offensive line as well.  These games many times are won in the trenches.  Sometimes you can see it and sometimes you can’t.”

“We had a good week of preparation and we are excited about playing Alabama,” Miles said. “We are going to have to play well in all phases of the game to have success. This will be a tremendous challenge, but I like our game plan so now it’s about going out and executing.”