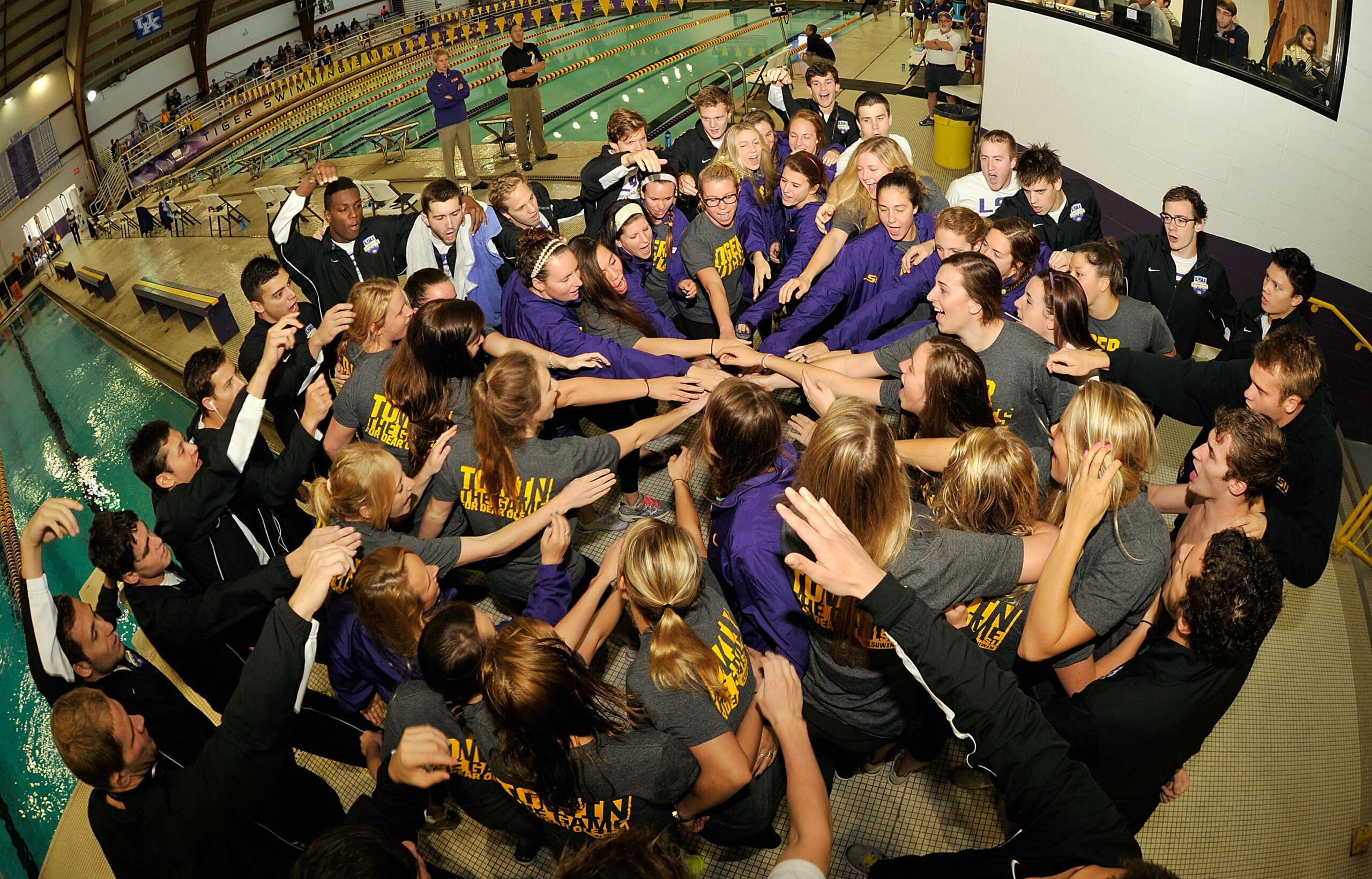 BATON ROUGE — The LSU Swimming and Diving team travels to Columbia, S.C., to take on South Carolina in its first road meet of the season Saturday, at 9 a.m. in the Carolina Natatorium.

“It’s an early start but we just have to go on the road and take care of business,” LSU swimming coach Dave Geyer said. “We have to have the mentality that every race is important. Every point is going to matter and not just the first and second place finishes. It’s not about who is the fastest. The most important thing is getting to the wall before your opponent.”

The Lady Tigers (1-2, 0-2 SEC) are looking to build on their success after beating Tulane 211-89. Freshman Kara Kopcso has shined in three meets this season with three-first place finishes. Kopcso was also named Southeastern Conference Female Freshman of the Week after a phenomenal weekend against Georgia and Arkansas.

Senior and NCAA qualifier Torrey Bussey will be looked to earn points along with Leah Troskot, Danielle Stirrat and Colleen O’Neil. All four women have at least one win on the year.

The men’s team (0-2. 0-2 SEC) looks to get its first win of the season after two tough loses to Georgia and Auburn. NCAA Honorable-Mention All American Frank Greeff who has two-second place finishes and two-third place finishes is the leader and captain of the team.

Freshman Elliot Dewlen looks to continue his success after two-top three finishes in the meet against Auburn. Michael Saco and Garrett House both also earned third place finishes in last week’s meet against the Tigers.

The men and women divers have had a lot of success early this season. On the men’s side, senior Sean McKinney has won the 3-meter dive once and 1-meter dive twice in meets against Georgia and Auburn. His score of 382.88 in the 1-meter against Auburn leads the SEC and is second in LSU Diving history.

Senior Alex Bettridge leads the divers on the women’s side. Bettridge was named SEC Diver of the Week after a sweep on the 1-meter and 3-meter dives against Tulane. She also placed first in the 1-meter dive against Arkansas.

“I’m excited to see the continuation of the progress we’ve made in an away environment,” LSU diving coach Doug Shaffer said. “It’s a great opportunity to maintain the same process we’ve done this season and continue to build. We’re looking forward to some good competition and good swimming and diving.