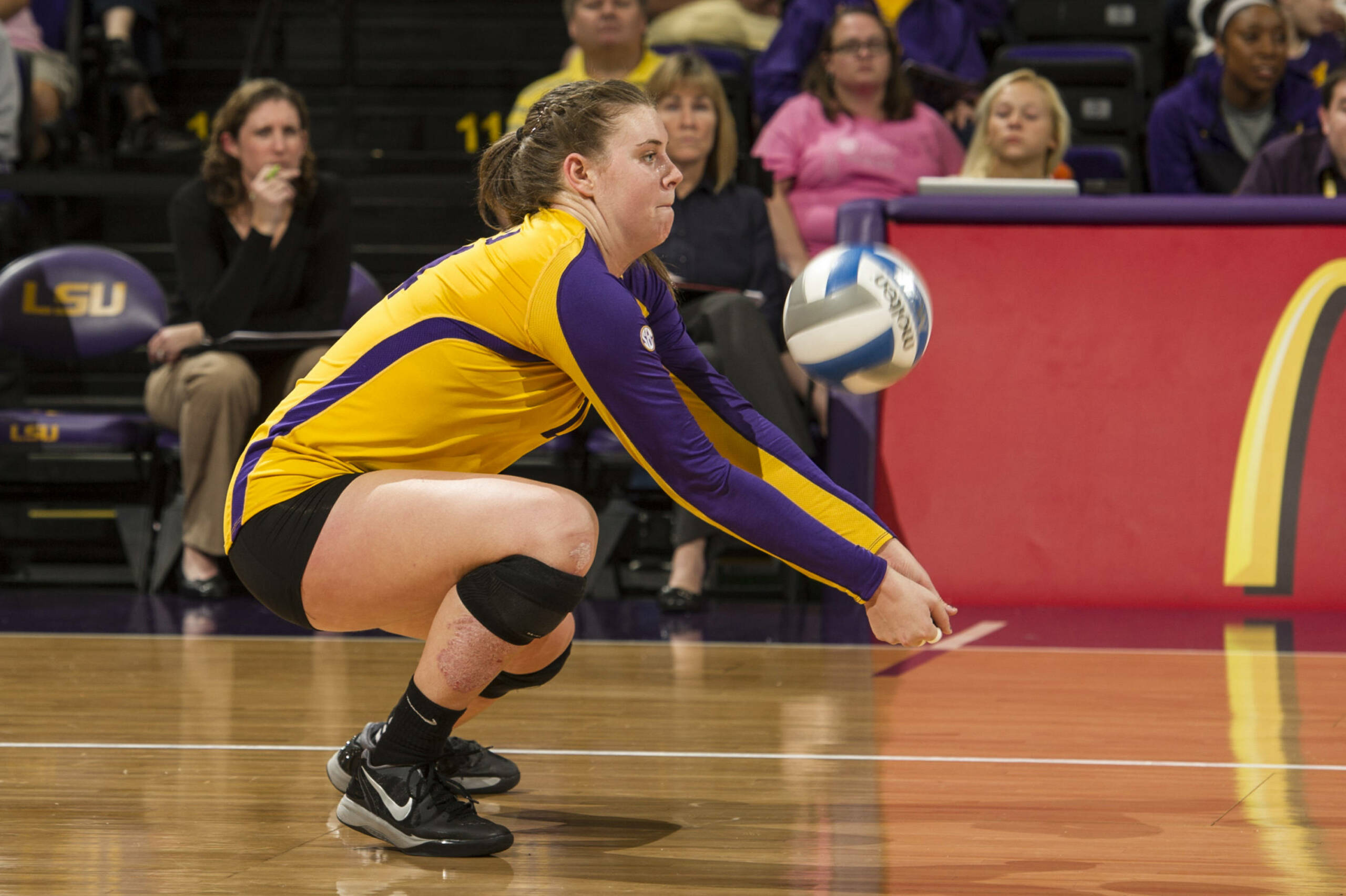 ATHENS, Ga.  – The LSU volleyball team opens a stretch of six of its next eight matches on the road when the Tigers square off with Georgia for a Friday evening match-up at the Ramsey Center.

Friday’s first serve is scheduled for 6 p.m. CT with free live audio and live stats available inside the Geaux Zone at www.LSUsports.net/live.

LSU (14-7, 4-5 SEC) has lost four of its last five decisions with its last two setbacks coming in four sets to then No. 5 Florida and No. 11 Missouri. The Tigers enter the weekend holding eighth place in the SEC standings.

Georgia (17-7, 7-5 SEC) has won three of its last four decisions which include a pair of five-set victories over then No. 15 Kentucky and Mississippi State to move into fifth place in the SEC race. The Bulldogs have four players with 200-plus kills on the season led by Brittany Northcutt’s 2.68 spikes per set. She enters the match with 1,106 career kills, fifth on the SEC’s active list. On the back row, Allison Summers has registered 4.46 digs per set to rank fifth in the SEC.

LSU has a 31-21 all-time series edge and won 13 of its last 16 meetings over the Bulldogs dating back to the 2005 season. Four of the last six meetings between the two teams have gone the distance to five sets, UGA took a 3-2 decision earlier this season behind Stacey Smith’s 19 kills at the Maravich Center.

“You can’t ever think that Georgia is out of any match,” head coach Fran Flory said. “They are a tenacious group. They did it against us earlier this season, and they did it against Kentucky. They have done it in numerous matches. They get down, and they fight back and find a way. I think the important thing is that we understand we have to maintain our style on our side. We have to turn it into our kind of match and not let the opponent turn it into their match. This being whether it’s Georgia, or anyone else that is across the net. If we can maintain our style and our rhythm, those are the matches that we have been successful.”

Malorie Pardo has collected a double-double in four of her last five outings, most recently 30 assists and 18 digs during the Florida match. Her team-leading 13 double dips are third-most in the SEC. Pardo has handed out 40-plus assists in 15 of 21 matches, while her 10.47 per set average is fifth among SEC setters.

Cati Leak and Briana Holman continue to pace the LSU offense with 3.14 and 3.05 kills per set, respectively. The duo ranks 15th and 16th on the SEC leaderboard.

Last time out, Holman made her first career appearance off the bench and put up 12 kills to go along with six blocks over three sets against No. 5 Florida. She has popped 10-plus kills in 16 of her last 19 outings and registered at least five blocks a team-leading 15 times this season.

“October is tough for every freshman across the country,” Flory said. “Academically, all of the stressors are big in October for the freshman. They tend to turn it back up again in November, and Briana is getting her stride back. She is getting great timing back with Malorie. I think the tempo and the rhythm for our offense has been found again, and she is an important part of that. When we get her playing physical, fast and above the net, it opens up so many opportunities.”

Desiree Elliott has picked up 2.41 kills and 0.85 blocks per set over her last seven outings since her return to the middle blocker spot. Her 1,107 career kills are fourth among SEC active players, and she is four kills shy of surpassing Brittnee Cooper (2006-09) and Madie Jones (2009-12) for 15th place on LSU’s all-time list.

Khourtni Fears (1.89), Katie Lindelow (1.78), Helen Boyle (1.74), Emily Ehrle (1.68) and Katarina Raicevic (1.35) have each slapped over a kill per set for the Tigers. Lindelow has secured double-doubles in five of her last eight outings, while Fears belted a career-best 15 kills versus Georgia earlier this season.

Haley Smith has continued to anchor LSU’s back row defense and her 3.78 digs per set are ninth in the SEC rankings. She has notched 10-plus digs during 16 of her 17 starts at the libero position which includes five efforts of 20 or more scoops.

“I think this team is a team that actually likes playing on the road,” Flory said. “Not a normal team in a lot of ways. I think our international trip prepared us for a lot of that. Each match that we play, this team gains a little more confidence and gets a little better. It is nice to see them continue to improve.”

LSU has earned 185 victories sparked by five 20-win seasons to go along with seven of the last eight SEC Western Division titles since 2005. The Tigers also are one of 34 programs to appear in six NCAA Tournaments during the previous eight-year stretch.