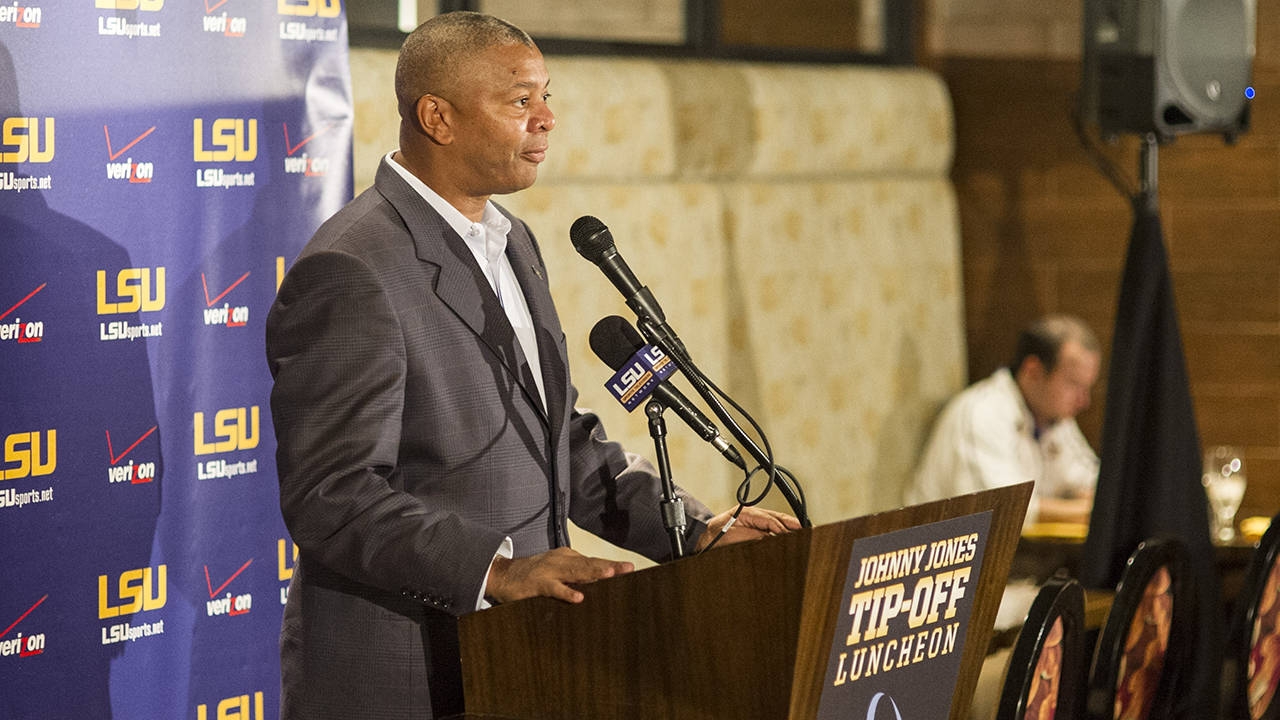 Joining Coach Jones this month as guest speaker is one of the stars of the 1953 LSU NCAA team that went to the NCAA Final Four, Ned Clark. Clark is a longtime fixture at LSU basketball games and he played for the Tigers from 1952-1955. He remains fifth all-time in career rebounds with 998, a 10.1 rebounds per game average.

The event is scheduled at the L’Auberge Resort off Nicholson Drive in Baton Rouge at the Bon Temps Buffet. The buffet is located on the ground floor of the resort in the casino area.

To get to the L’Auberge resort from the LSU area, follow LA-30 N. /Nicholson Drive. Turn Left onto L’Auberge Crossing Drive and follow the signs to L’Auberge Baton Rouge.

The LSU men will play an exhibition game on Nov. 6 versus Xavier (New Orleans) at the Pete Maravich Assembly Center (free to the public) before opening the 2013-14 season on Nov. 12 at Massachusetts and their home schedule on Nov. 16 versus Northwestern State.

Season tickets, mini-plans and single game tickets for non-conference tickets are now available for sale at the LSU Athletics Ticket Office and on-line at LSUtix.net. Follow LSU Basketball on Facebook at www.Facebook.com/LSUBasketball on Twitter @LSUBasketball.