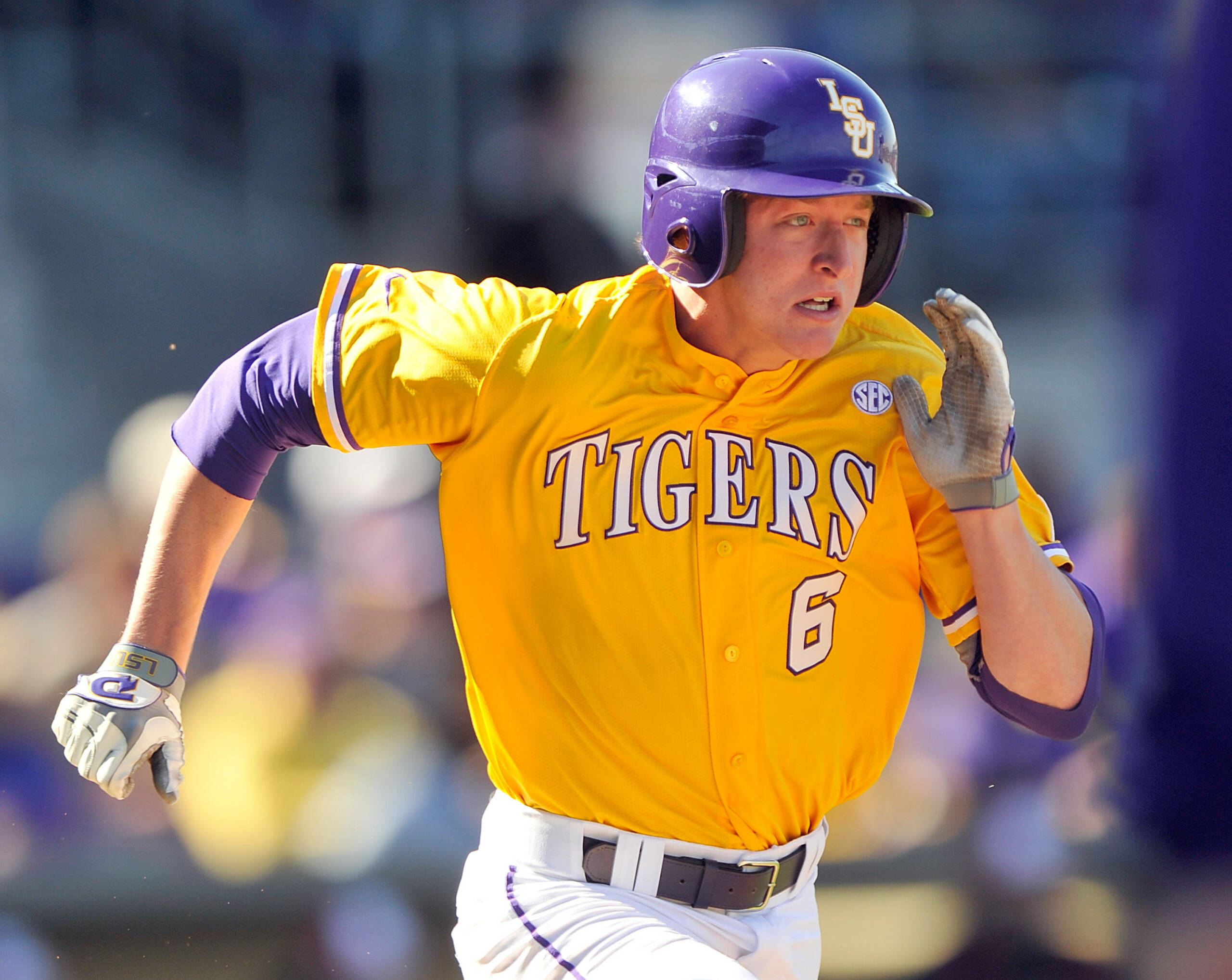 Sunday’s victory clinched the World Series title for the Gold, which won the best-of-three series after dropping the opener to the Purple on Friday night.

Broussard and Purple starter Kurt McCune, a senior right-hander, each threw four shutout innings to highlight Sunday’s contest. The outing was especially significant for Broussard, who received a medical redshirt for the 2013 season after undergoing surgery on his elbow.

“Both Joe and Kurt did a tremendous job on the mound today, and that was great to see,” said LSU coach Paul Mainieri. “They are two veteran pitchers who can make a critical impact on our staff this season.”

Freshman first baseman Dakota Dean provided an RBI single to give the Gold and 1-0 lead, and Stevenson’s solo shot extended the margin to 2-0.

The Purple managed a run in the seventh against Gold closer Mitch Sewald when freshman second baseman Kramer Robertson delivered an RBI grounder, but Sewald preserved the lead and earned his second save of the series.

“I thought it was a very competitive weekend, and we’re very encouraged by the intensity and energy of our team,” Mainieri said. “The fall practice period revealed a lot about our players, and it gives us strong momentum heading into preseason practice in January. We’re looking forward to a very exciting season that’s only about three months away.”