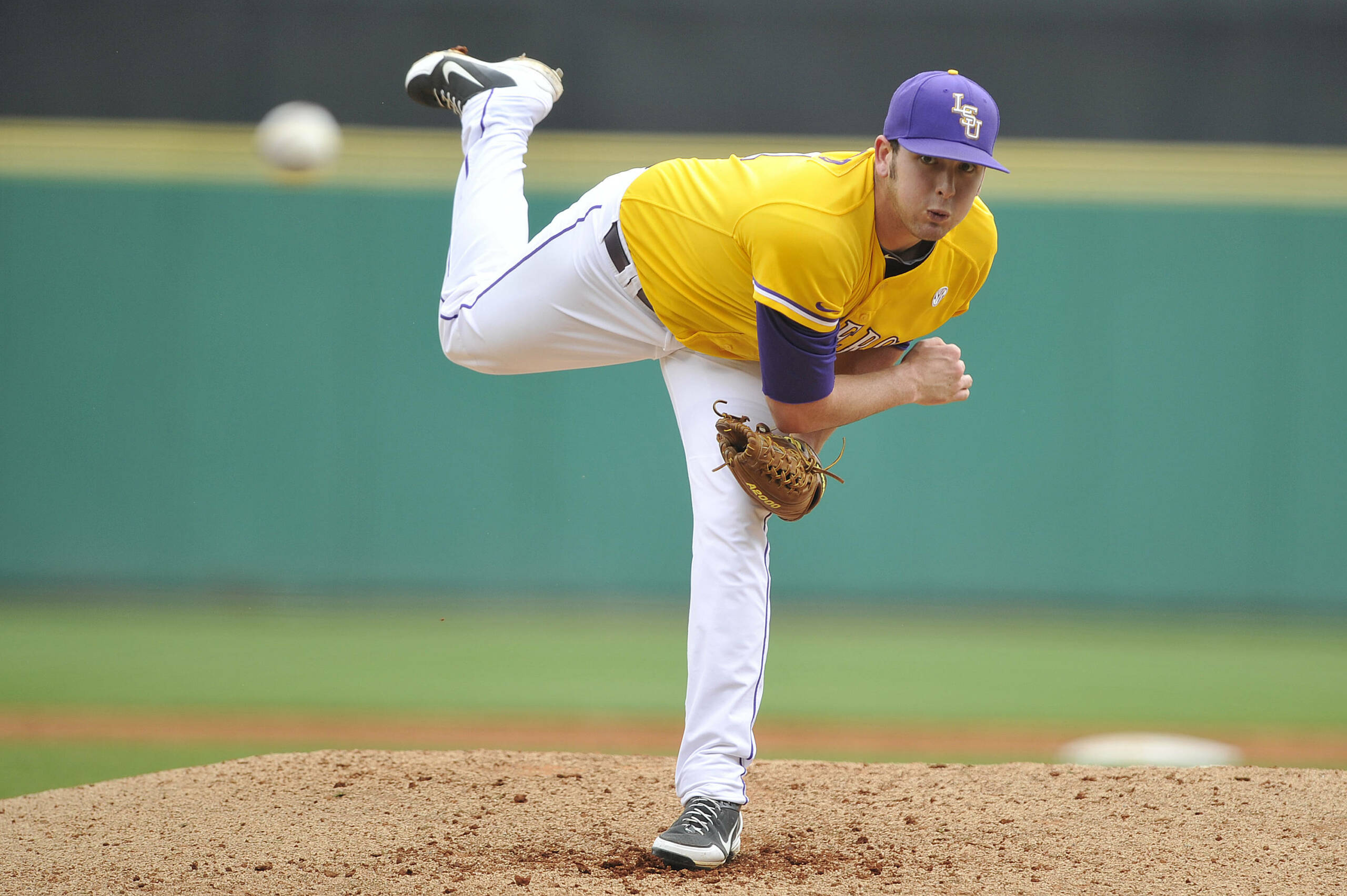 BATON ROUGE, La. – Three pitchers combined on a seven-hit shutout Saturday night and catcher Tyler Moore launched a solo homer to lead to the Gold to a 2-0 victory over the Purple in Game 2 of the LSU Baseball Purple-Gold World Series in Alex Box Stadium, Skip Bertman Field.

The Purple-Gold World Series consists of three seven-inning games and culminates LSU’s fall practice period. The Gold’s victory tied the series at one game apiece after the Purple posted a 2-1 win on Friday night.

Game 3 of the series will be played at 4 p.m. Sunday.  Senior right-hander Kurt McCune will start on the mound for the Purple on Sunday, while the Gold will counter with junior right-hander Joe Broussard.

Left-handers Kyle Bouman and Zac Person combined to fire six scoreless innings for the Gold before right-hander Mitch Sewald retired the side in order in the seventh to earn the save.

“I thought all of the pitchers threw the ball very well tonight,” said LSU coach Paul Mainieri. “That was really the story of the game. We had another great crowd of over 800 fans here, and the Gold’s victory creates a championship-game atmosphere tomorrow, which will be good for our players. It was a very chilly evening, the type of weather we’ll probably have in the early part of our schedule.”

Moore’s homer in the bottom of the sixth gave the Gold a 2-0 lead. The Gold grabbed a 1-0 advantage in the third when Andrew Stevenson‘s grounder was misplayed, allowing Jake Fraley to score the go-ahead run.

The Tigers open the 2014 season on February 14 versus UNO in Alex Box Stadium, Skip Bertman Field.