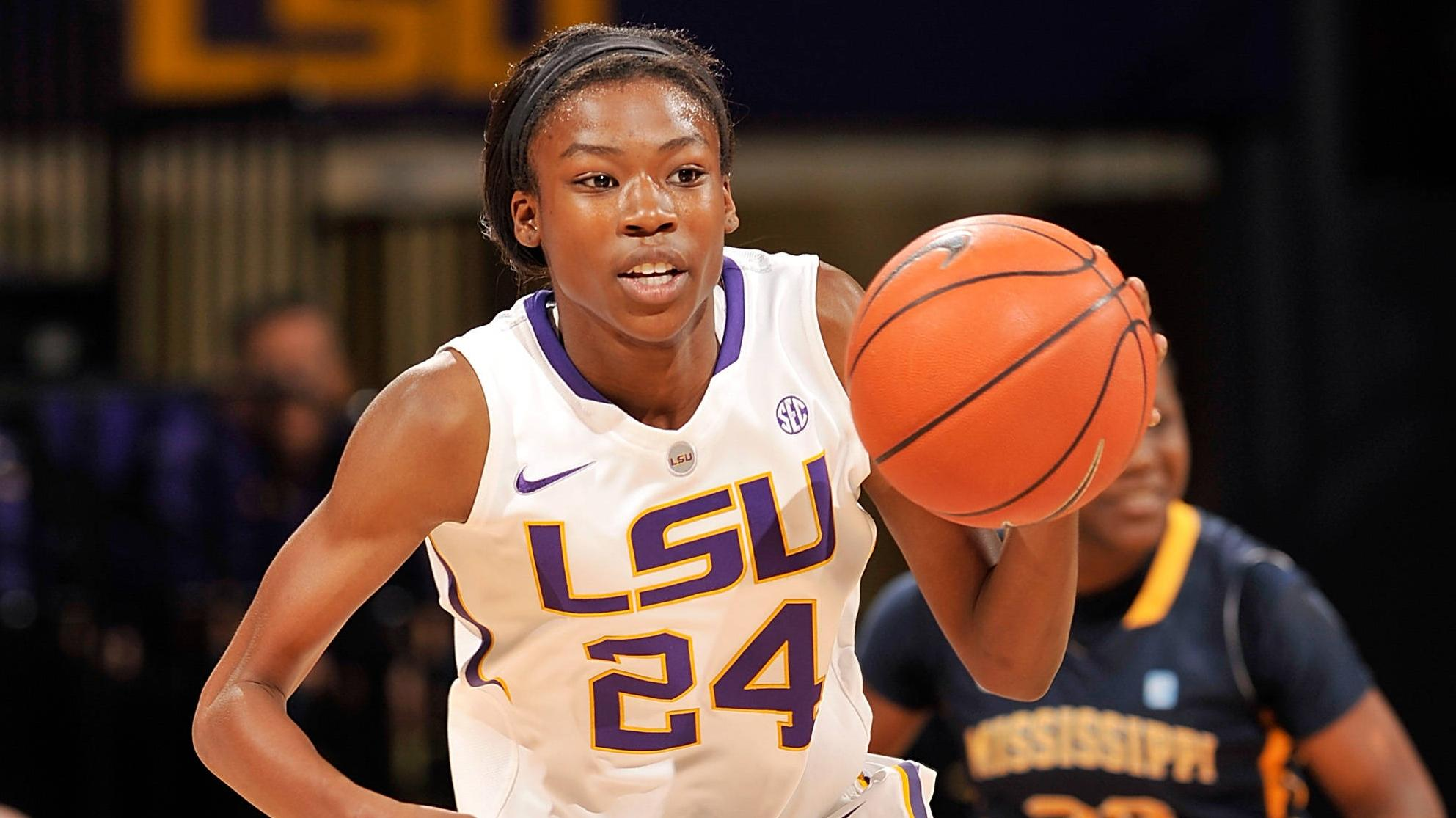 BATON ROUGE – The No. 15/17 LSU women’s basketball team used an early 17-0 run and continued its up-tempo pace with a balanced scoring effort to run past Mississippi College, 104-30, in the final exhibition game prior to the season-opener on Saturday afternoon in the Pete Maravich Assembly Center.

Junior guard DaShawn Harden, a junior college All-American last season, led all scorers with 20 points to go along with a game-high seven steals in her debut. Five Lady Tigers finished with double-figure scoring including 17 points from freshman Raigyne Moncrief and 18 points from sophomore guard Danielle Ballard.

“I thought the team took what we talked about in the last exhibition game and used that to play better against Mississippi College,” said LSU head coach Nikki Caldwell. “One thing I’ll say about this group is that they love to play the up-tempo style. They know in order to do that we’ll have to get some deflections and turn people over, and they were very committed to doing so.”
LSU’s strong backcourt set the tone immediately and combined for 70 points. The pace of play led to the Lady Tigers shooting 38-of-64 for 59.4 percent. The Choctaws attempted as many shots as LSU made going 11-of-38 from the floor. Nine Lady Tigers tallied at least one steal and LSU finished with 28 for the game.

With the game tied at two apiece, LSU scored 17 unanswered points over the next seven minutes to take full control. Youngblood had eight points during the spurt. Moncrief delivered 12 first-half points as the Lady Tigers carried a 53-13 advantage into the locker room.

In the second half, Mississippi College managed only five field goals and committed 38 turnovers for the game. Harden scored 10 in the second half and buried two threes. All 10 LSU players who saw the floor scored in the second stanza as Caldwell rotated five-player substitutions.

“I like the fact that we can look at different combinations, and we can go with the first five and then the second five,” said Caldwell. “They all understand that they contribute to the team with equal value. They start the game and end the game knowing everyone is going to do their part, and that’s the beauty of this team.”

The Choctaws were led in scoring by Dominique Walker, who finished with eight points.

The Lady Tigers now turn their attention to the season-opener and preseason WNIT. LSU hosts Stephen F. Austin in the Sue Gunter Classic at 7 p.m. CT Friday in the Maravich Center.

Tickets for the season-opener, season tickets and mini-plans are now available at www.LSUtix.net.