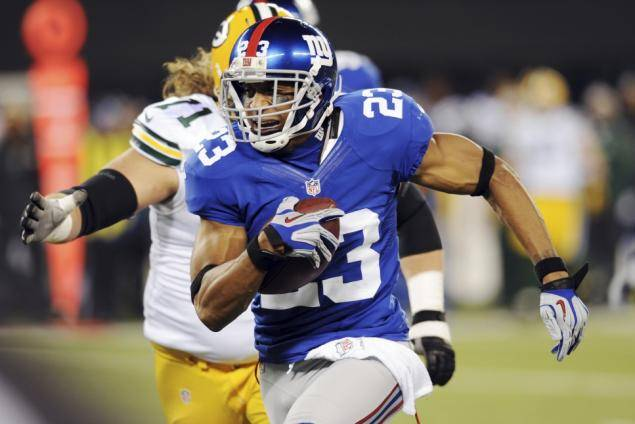 BATON ROUGE – Former LSU standout and current New York Giants defensive back Corey Webster has donated $200,000 to the Tiger Athletic Foundation dedicated to the building of the proposed Nutrition Center for Student-Athletes.

Webster, a member of LSU’s 2003 National Championship team, will be honored during pre-game activities on Saturday when LSU hosts Florida in Tiger Stadium.

“Corey’s generosity and the example he has set with his gift will be the catalyst for fundraising efforts among former LSU student-athletes,” LSU Vice-Chancellor and Director of Athletics Joe Alleva said. “With Corey on board to help promote the Nutrition Center, our hope is that other former student-athletes will see the value in giving back to their University and get on board.”

“Athletes have a platform that permits us to bring attention to causes that are often overlooked and to people who are in need,” Webster said. “Individually, a lot of us have our own ways of giving back, but I know that there is power in numbers and together we can make even bigger changes to not only help incoming student-athletes, like we were, but to help people outside the gates of LSU as well.”

When Webster presented this groundbreaking initiative to the LSU Athletic Department, head football coach Les Miles and TAF, they were thrilled to develop a partnership.

“About two years ago (athletic trainer) Shelly Mullenix and (assistant athletic director) Sharon Lewis approached me about giving back to support athletic facilities, primarily the Nutrition Center,” Webster said. “They planted the seed in my head first, and with the support of (athletic trainer) Jack Marucci, my foundation’s board of directors, and Theo Williams and General Richard at TAF, we were able to bring the idea to fruition.”

General Ron Richard, President and CEO of Tiger Athletic Foundation commended Webster for setting the example for all student-athletes at LSU.

“By supporting the Nutrition Center and spearheading efforts to create a culture and tradition of giving among former student-athletes, Corey has made the relationship between LSU and its former student-athletes even stronger,” Richard said. “ The mantra of ‘Once a Tiger, Always a Tiger’ can now carry not just sentimental weight but a tangible one that will be felt amongst the former, current and future student-athletes at LSU, as well as the surrounding community.”

The primary mission of the Corey Webster Foundation is to enhance the quality of life for adolescents throughout the Southeast Louisiana area through programs and initiatives that drive the importance of success by motivating, inspiring, and empowering the next generation of leaders and volunteers. For more information on how you can support the foundation, please visit the Foundation’s website http://coreywebsterfoundation.org/ or contact Sevetri Wilson at sevetri@sgicares.com.