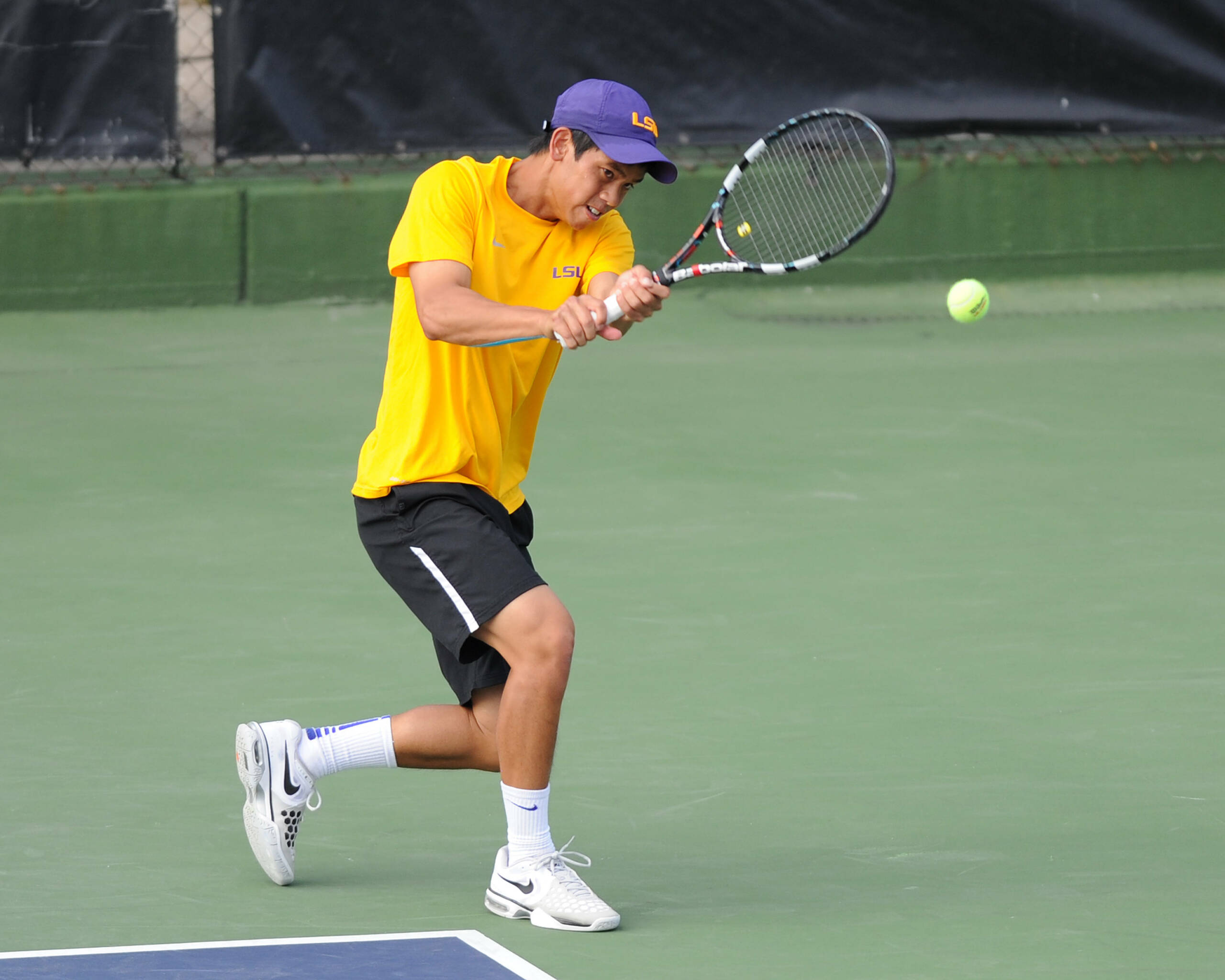 TULSA, Okla. – LSU sophomore Boris Arias was eliminated in the final round of singles pre-qualifying with a 6-1, 7-6(4) loss to Oklahoma’s Austin Siegel at the 2013 ITA All-American Championships hosted by the University of Tulsa at the Michael D. Case Tennis Center.

Arias started pre-qualifying off with a 7-5, 6-3 win over Old Dominion’s Jonas Kuwert. He followed up this performance with a 7-5, 6-1 victory over Nils Schuhmann of the University of Hawaii at Manoa. In the third round, Arias also came away with a victory, taking down Kevin Metka of Ohio State 3-6, 6-4, 6-4.

Qualifying for doubles is set to get underway today and the Tigers will have one doubles pair competing.

Transfer Andrew Korinek and sophomore Tam Trinh will square off against William Albanese and Diego Soto of Miami.