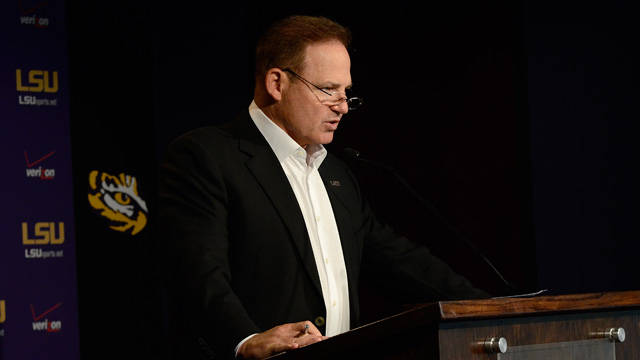 LSU (4-1, 1-1 SEC) takes on the Bulldogs at 6 p.m. CT on ESPN. The pregame radio broadcast starts at 4 p.m. on affiliates of the LSU Sports Radio Network including flagship station Eagle 98.1 FM in Baton Rouge and in the Geaux Zone at www.LSUsports.net/live.

The transcript of coach Miles press conference along with his opening statement and full video of the Lunch with Les Show are available on this page.

On moving on after the loss to Georgia …
“It was a tough loss in down there Athens, but it’s SEC play. You have a 24-hour rule. You just have to move on and look forward to Mississippi State. Success builds character, and failure reveals it. Even when we fail, we’re a team of character, and nothing can ever really stop us and bring us down. It’s (head coach Les Miles‘) motivation, will to win and his will to prepare. After a loss, you see things differently. You have to take your level of preparation to a whole new level. He’s done a great job with that. It’s the way he coaches. It’s in a loving way, and it’s in a way where he wants us to get better from it.”

On the ability to convert third downs …
“It’s a combination of everything. It’s the offense that we have and the confidence. Our offense as a whole just clicks. We’ve converted a lot of third downs mainly because of our confidence just to compete and convert those third downs.”

On kicking a career-best 49-yard field goal …
“I was ready for it. Mentally and physically, I knew it could do it. As soon as I hit it, I realized that was a solid hit. Seth (Fruge) didn’t even look at the ball, he just told me ‘Good job.’ That was pretty awesome, because Seth knew it was a good hit. Mentally, I went out there not even thinking about my surroundings or thinking about how long the kick was. I was almost emotionless. I just went out there with the mindset of ‘All right, let’s do this.’”

On defense progressing following a loss to Georgia …
“Don’t worry about the Georgia game at all. (Strength and Conditioning Coordinator Tommy) Moffitt even told us yesterday that if we’re going to this game, or even practice, worrying about last week’s Georgia game, it’s not going to look good. This is a game we have to learn from. We’re going to watch film, learn from it and just keep moving forward and preparing for Mississippi State.”