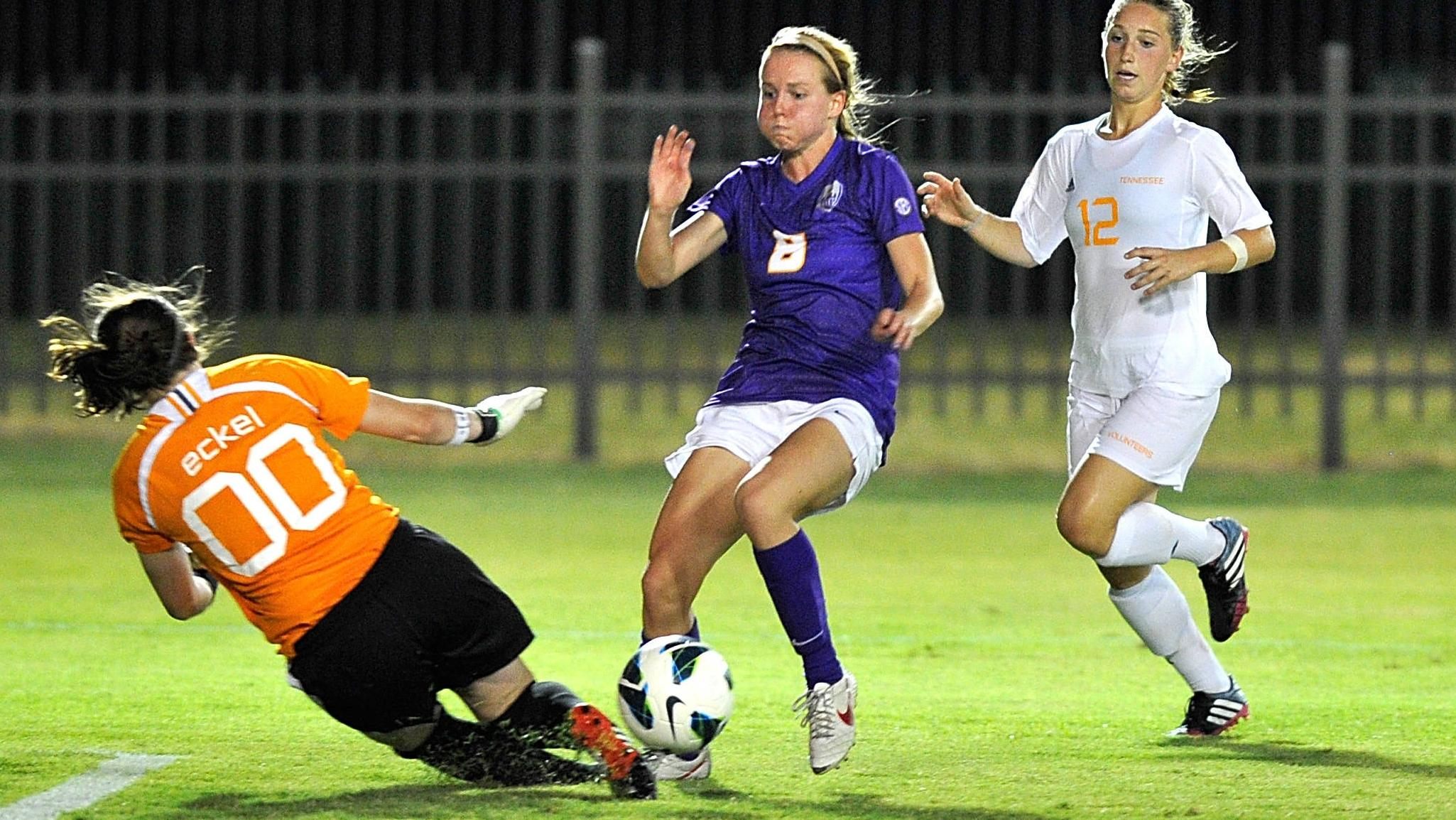 BATON ROUGE – Freshman midfielder Emma Fletcher has certainly been a catalyst in the LSU Soccer team rising to the top of the Southeastern Conference table as the only unbeaten squad through two weeks of the league season, and she was honored Monday morning for her performance this past weekend as the SEC Freshman of the Week.

It marks the first time in her young career that Fletcher has received such an honor for her efforts as she is proving herself as one of the top young talents in the SEC and NCAA this season.

Fletcher kicked off the weekend by scoring her first career goal on a 25-yard free kick to open the scoring in the 31st minute of Friday’s home match against the Lady Volunteers. She also fired exactly half of LSU’s team total of 18 shots on the night with a career-high nine shots of her own, including three shots on goal, to help the Tigers earn a 1-1 draw against Tennessee.

Fletcher then returned to action on Sunday afternoon to help lead the Lady Tigers to a thrilling 3-2 double overtime victory over Mississippi State as she served up the primary assist on Lee’s game-winning Golden Goal in the 103rd minute. It was her team-leading sixth assist of the season as she is now tied for third among SEC players this season and is just two assists shy of matching Addie Eggleston‘s LSU freshman record.

A native of Victoria, British Columbia, Canada, Fletcher is now the team’s leading point scorer in SEC play with one goal and two assists for four points in LSU’s three conference matches to date.

The Tigers (6-3-2, 2-0-1 SEC) remain the only unbeaten team in SEC play through three league matches as they sit atop the table with seven points to their credit, which leads the six points by Alabama, Florida, Georgia, Kentucky, Ole Miss, Missouri and South Carolina. The Tigers will put their unbeaten SEC record on the line this weekend when they head back on the road to square off against Arkansas in Fayetteville on Friday night at 7 p.m. CT and Alabama in Tuscaloosa on Sunday afternoon at 1 p.m.