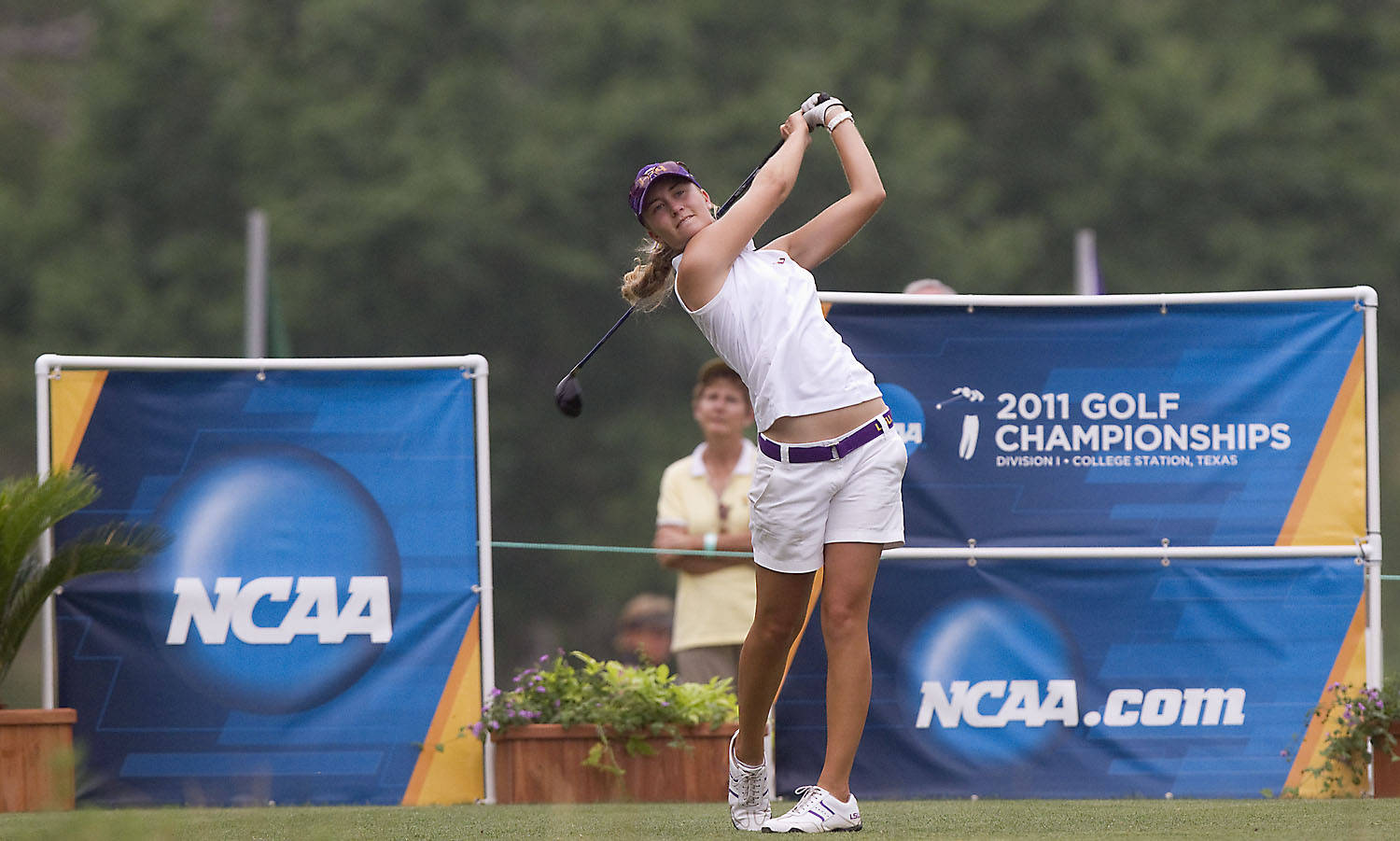 McChrystal, at 13-under, finished two strokes ahead of France native Perrine Delacour, who finished second after South Africa’s Paula Reto double bogeyed No. 16 before darkness fell on Sunday and opened up Monday’s finish with a bogey on No. 17.

While McChyrstal managed to remain calm and collected after leading or co-leading each round of the season-ending event, she shed a tear as the emotions set in following her second-career Symetra Tour victory.

“I think I might cry,” said McChrystal. “This gives me the confidence I need for Q School. Last year, I was terrified, now I know I’m ready.”

While the victory didn’t jump McChrystal into the top-10 of the season-ending money list to earn her LPGA Tour card for the 2014 season, the $18,750 check was enough to place her in the top-20 with a bid to the final stage of LPGA Qualifying School in December.

“My goal was to make it high enough on the money list to make it to the final stage,” said McChrystal. “I just wanted to prove to myself that I could shoot par or better through four rounds. It’ll make Q School easier knowing that I am capable of doing that.”

The Stuart, Fla. native will return to Daytona Beach for the final stage of LPGA Qualifying School, which will unfold December 4-8 on LPGA International’s Jones and Hills courses.

“I’m going to take a little time off,” said McChrystal of preparing for Q School. “I’ll probably play in some minor league events. The men’s minor league down in south Florida is very entertaining. I just want to keep working on my short game because I worked on it the week after Virginia and just putted for a week and did chipping. It was nice to see that pay off; you don’t always see results immediately.”

McChrystal, who won her first Symetra event in 2012, is the third former LSU golfer to win this year on the Symetra tour along with Melissa Eaton and Katy Harris.

Speaking of Eaton, the fifth year Symetra Tour professional was named the 2013 recipient of the Heather Wilbur Spirit Award. The award is presented to a Symetra Tour player who best exemplifies dedication, courage, perseverance, love of the game and spirit toward achieving goals as a professional golfer. The annual recipient is nominated by her Symetra Tour peers.

The always upbeat Eaton hasn’t just left her mark on the golf course inside the ropes, but she has left an everlasting footprint on many lives of her peers. Some of the things her fellow Symetra Tour members have to say about Eaton include that she is always positive, has a warm heart and is an incredible person, is nice, genuine, respectful, and professional, and always goes out of her way to say kid words to other girls.

“I’ve known Melissa for three years now,” said fellow LSU graduate and frequent travel companion, Katy Harris. “She is a lot of fun, the girl loves to shop, any time she has free-time on the road she likes to shop. She loves to have a good time and is very laid back. She’s just an overall happy person.”