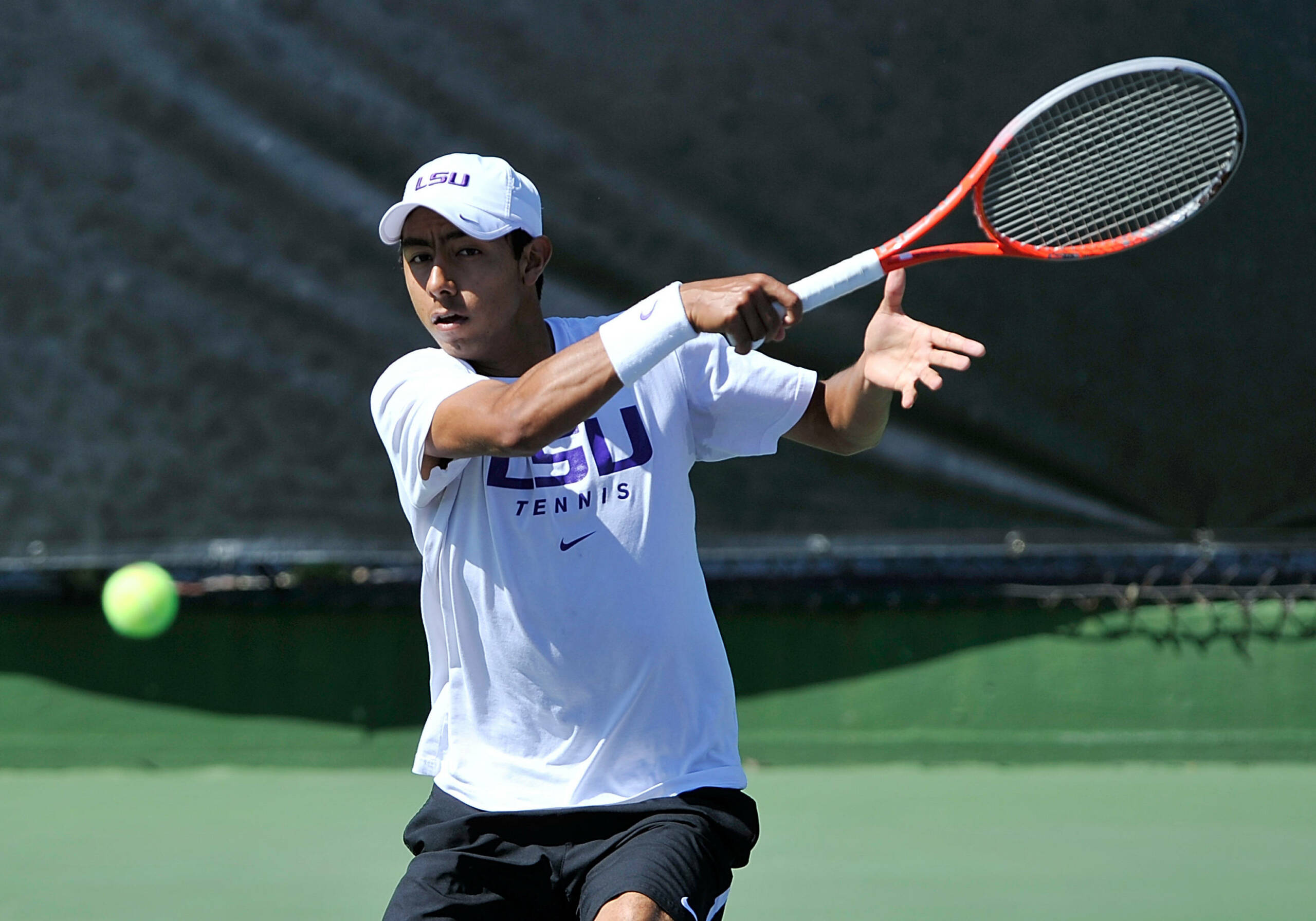 TULSA, Okla. – LSU sophomore Boris Arias secured a spot in the fourth round of pre-qualifying on day two of the 2013 ITA All-American Championships hosted by the University of Tulsa in Tulsa, Okla., at the Michael D. Case Tennis Center.

“Boris Arias raised his level today and showed he developed parts of his game since May,” head coach Jeff Brown said. “Harrison Kennedy played at a high level today and was much improved from last week. Tam Trinh fought back for a win after a tough opener.”

Arias advanced to the third round with a 7-5, 6-1, win over Nils Schuhmann of Hawaii-Manoa. Later in the day, sophomore Kennedy came out with a 6-1, 6-0, victory over Texas A&M’s Max Montague.

To start off the third round, Kennedy squared off against Dusty Boyer of Nebraska. After dropping a tightly-contested first set in a tiebreaker, 7-4, Boyer finished off the match with a 6-1 win in the second set to take the match 7-6 (4), 6-1.

Arias faced a tough matchup against Ohio State’s Kevin Metka. After dropping the first set 6-3, Arias battled back and took the second set 6-4. In a decisive third set, Arias emerged victorious 6-4 to win the match 3-6, 6-4, 6-4. He advanced to the fourth round and will face Austin Siegel of Oklahoma on Monday at 8 a.m. CT.

Should Arias defeat Siegel, he will advance to the 128-man Qualifying draw which begins Monday as well.