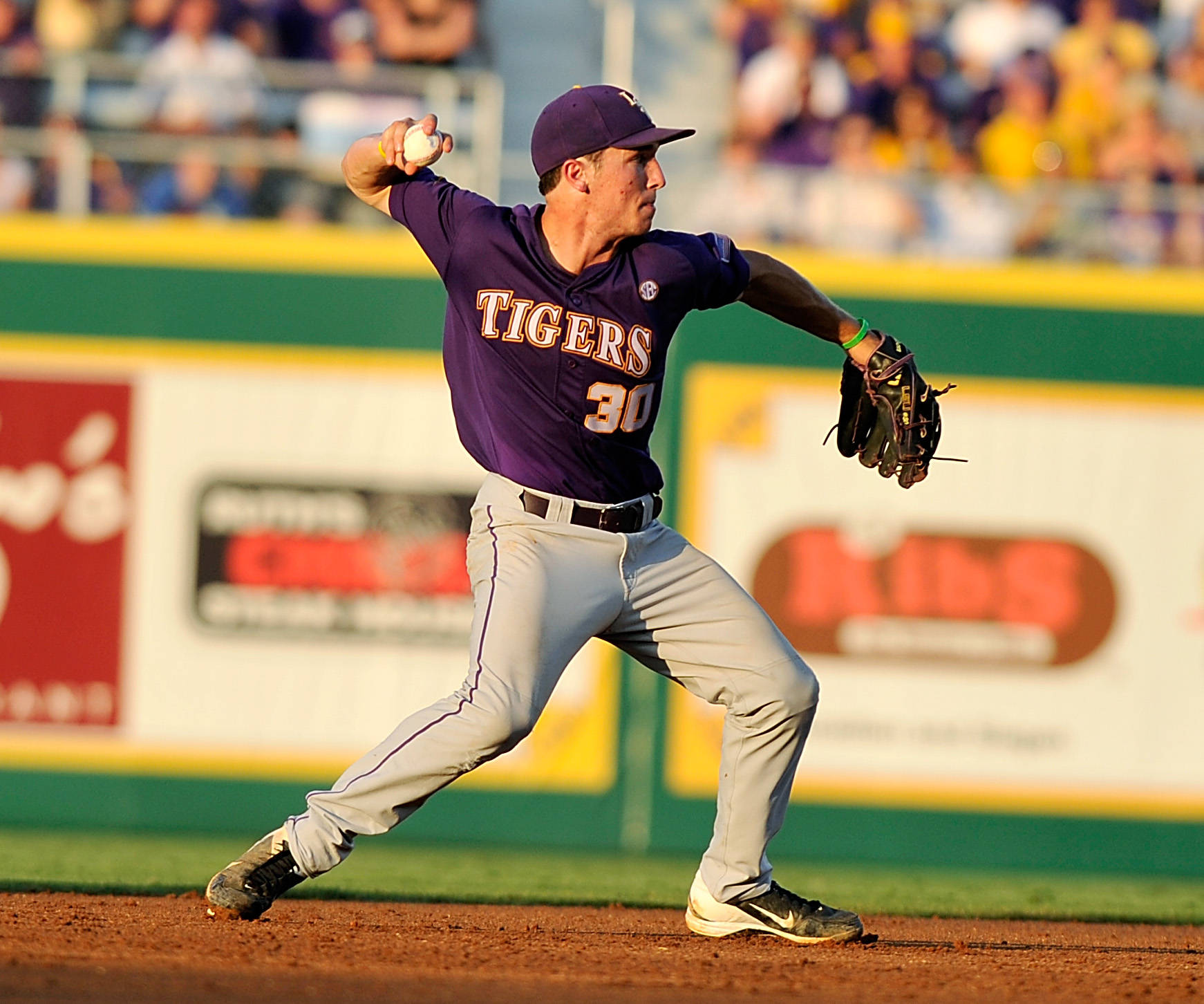 “I couldn’t be more pleased after one day,” said LSU coach Paul Mainieri, entering his eighth season at the helm of the program. “We’ve got some good players, and a lot of good things happened out there today. We’re not ready to compete for the national championship on September 29 – we’ve got a long way to go – but I was very encouraged by what I saw tonight.”

Mainieri said junior right-hander Aaron Nola, the 2013 SEC Pitcher of the Year, and sophomore shortstop Alex Bregman, the 2013 National Freshman of the Year, both performed at a high level on Sunday.

“Those two guys led the way, as you would expect they would,” Mainieri said. “It’s like they didn’t miss a beat from last year; in fact, they may be even better.”

Prior to the beginning of the workout, the first-year LSU players were required to sing “Hey Fighting Tigers” until their effort was approved by the Tiger veterans. The rookies received a “thumbs up” after two renditions of the song, Mainieri said, and practice was allowed to start.

The Tigers then engaged in position fundamentals and a spirited round of batting practice prior to the start of the scrimmage.

Practice resumes on Monday, and the fall session will continue through November 4. All workouts are free and open to the public.

“We had a nice crowd out here tonight, which was great to see,” Mainieri said. “It created a nice atmosphere for our players, and we really appreciate our fans coming out to see us.”