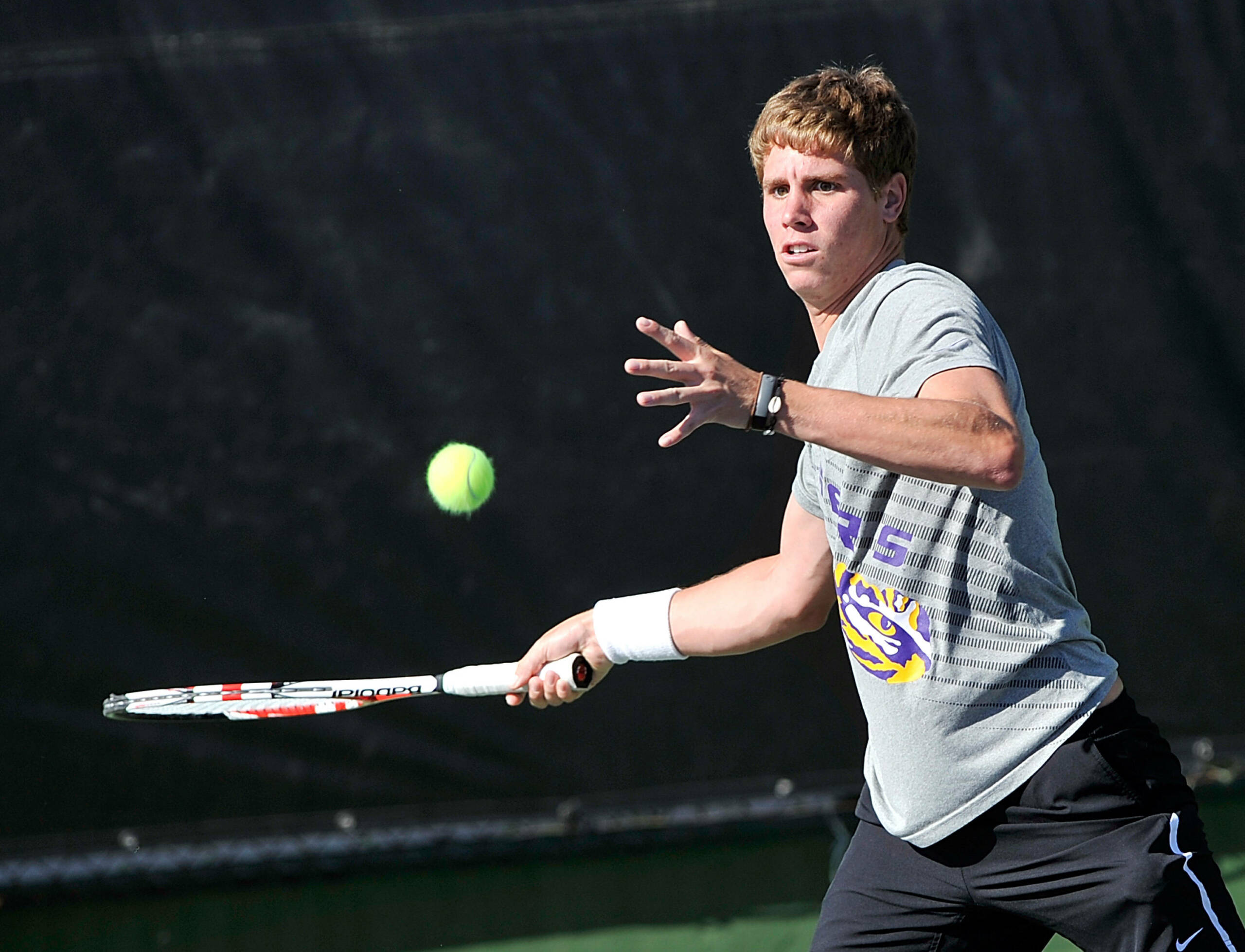 TULSA, Okla. – In a day clouded by rain delays, five Tigers emerged victorious in the first round of pre-qualifying for the 2013 ITA All-American Championships being hosted by the University of Tulsa at the Michael D. Case Tennis Center in Tulsa, Okla.

“The guys did well tonight,” head coach Jeff Brown said. “It was a difficult day with the rain and conditions, but the guys kept their focus and we had a good day overall with some young guys getting some wins. We’re looking for better weather tomorrow and looking forward to competing.”

Sophomore Harrison Kennedy defeated Bradley’s Arthur Romanet 6-3, 6-4. He will face Max Montague of Texas A&M tomorrow in the second round. Redshirt freshman Eric Perez faced a 6-4, 6-0 loss to Wichita State’s Ilija Cuic. Also a redshirt freshman, John Michael Busch advanced to the second round with a default in the first round by Manfed Jeske of Arkansas. He will square off against South Carolina’s Andrew Schafer.

The rain set in at Tulsa shortly after Busch advanced to round two. A few hours later, play was resumed.

Sophomore Boris Arias took the court a delivered a 7-5, 6-3 loss to Jonas Kuwert of Old Dominion to advance to the second round where he will face Nils Schuhmann of the University of Hawaii at Manoa. Later, newcomer Andrew Korinek earned a 6-2, 1-6, 6-2 victory over Austin Peay State’s Jasmin Ademovic. He will play Indiana’s Sven Lalic tomorrow in the second round.

Later in the night, Sophomore Tam Trinh fell to Denver’s Alex Glasson 7-5, 6-1. To close out the night, freshman Justin Butsch emerged with a 6-3, 6-1 victory over Daniel McCall of Duke to face Arizona’s Kieren Thompson in the second round tomorrow.