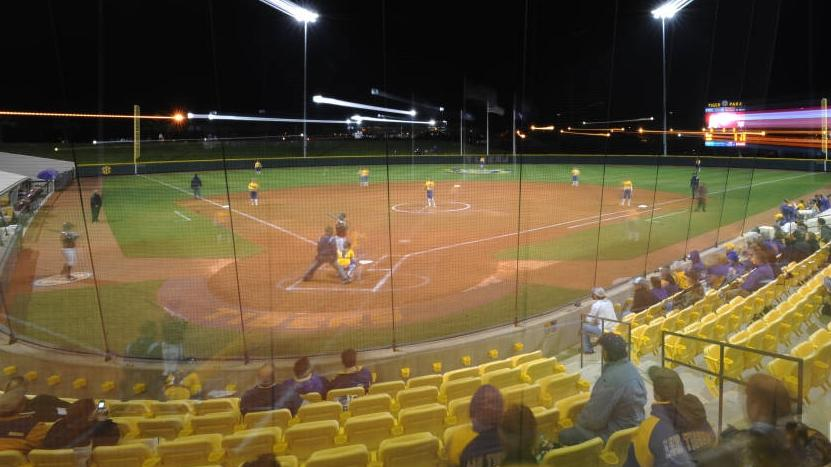 BATON ROUGE – The LSU softball team wrapped up its first week of fall practice and will open its fall season with an exhibition contest Monday against the 2013 National Pro Fastpitch [NPF] champion USSSA Florida Pride.

“No matter how long I coach it seems like the first day of practice never gets any less exciting,” head coach Beth Torina said. “I’m excited to see what the 2014 Tigers are all about and so far things look pretty good. We are trying to focus on our strengths, get our fundamentals in check and make sure we are worried about doing things correctly for our own personnel. During the fall, our goal is to make our players the absolute best they can be.”

LSU returns 14 letterwinners led by A.J. Andrews, an NFCA All-America Third-Team and All-SEC First-Team pick. From the leadoff spot, Andrews turned in a .359 batting average and 32 RBIs. Her 71 hits were ninth in the SEC.

The Tigers also bring back Bianka Bell and Jacee Blades, a pair of 2013 All-SEC Second-Team picks. Bell turned in a .347 hitting clip to go along with 12 homers and 50 RBIs. The 12 dingers were tied for third-best in program history for a single season. Blades broke into the starting lineup on opening weekend and collected a .354 batting average from the No. 2 spot in the lineup which was a 130-point improvement from 2012.

“They just get better and better,” Torina said. “A.J. was absolutely jaw dropping on the first day of practice. She made some catches that are unlike anything I’ve seen in a very long time.  She is such a special player and just continuing to get more confidence and grow into her own. Of course Bianka, a year under her belt, she is another one that is such a great hitter and so talented and well deserving of the SEC Freshman of the Year award in my opinion. Our outfield is so strong with A.J., Jacee and Simone (Heyward). The slappers cause so many problems for people. It’s going to be a nice mainstay that returns to our lineup.”

LSU adds six talented newcomers to its roster which include a quartet of MaxPreps All-Americans in Baylee Corbello, Sahvanna Jaquish, Bailey Landry and Kelsee Selman.

The meeting with the USSSA Florida Pride marks the third straight season that LSU will host an NPF event during the fall season. The Tigers played host to the NPF’s “Back to School” tour in 2011 and 2012.

“We are thrilled to have Rachele back in a student coach role,” Torina said. “She brings so much to our program and has brought so much to this program for the last four years. The NPF has a lot of very talented players. It’s a little early for us that we are going take on that type of team only four or five practices into our fall season. We are excited about the opportunity. We are going to show up, give them our best effort, get our kids some work and get them the experience of playing against a team of that caliber.”

For all of the latest news and information on Tiger softball, visit www.lsusports.net/softball. Fans can also follow the program on its social media outlets which include in-game updates of Monday’s game versus the USSSA Florida Pride at www.Facebook.com/lsusoftball along with @lsusoftball and @bethtorina on Twitter and @lsusb on Instagram.