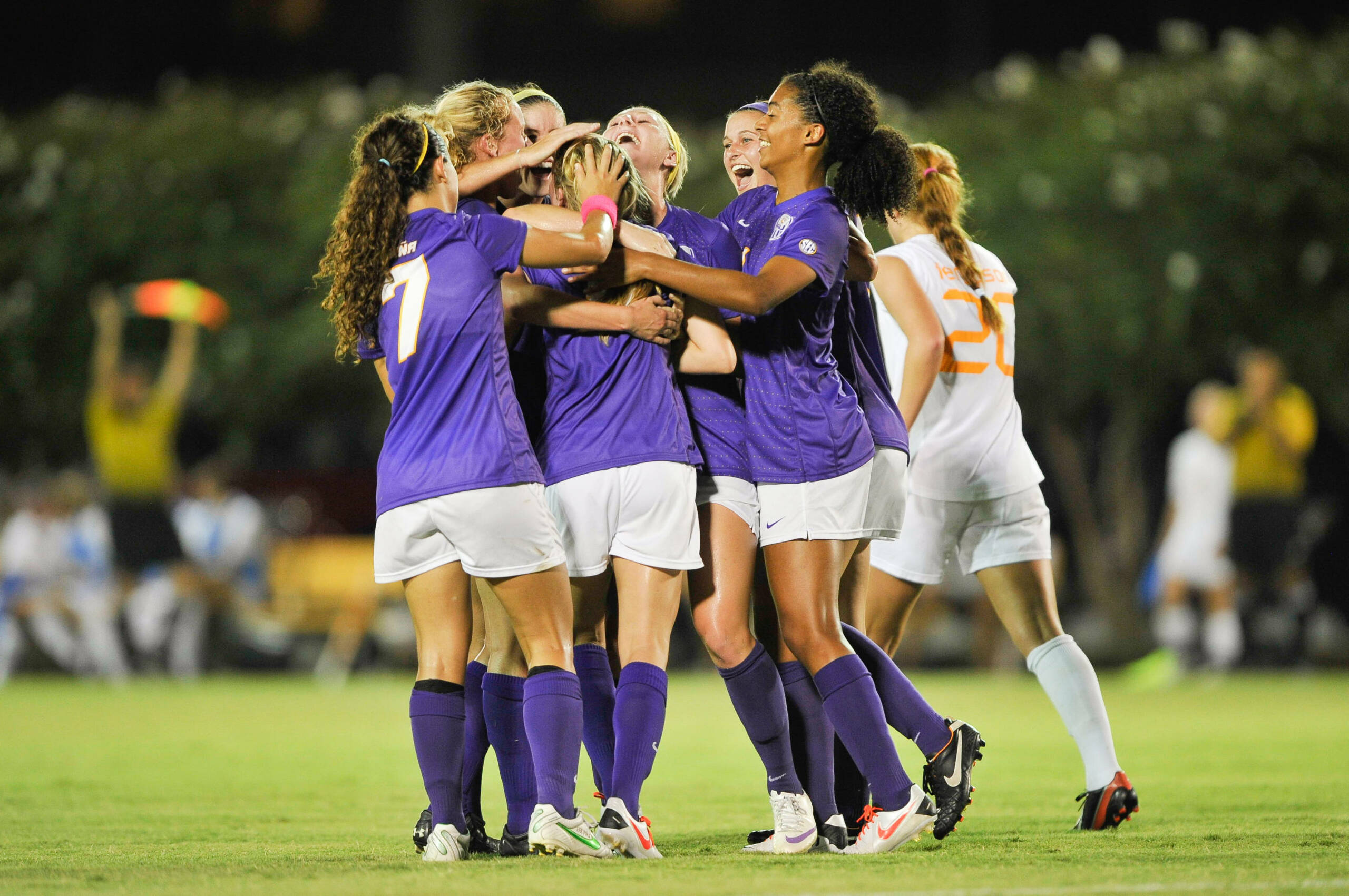 BATON ROUGE – Freshman midfielder Emma Fletcher fired a career-high nine shots on the night while opening her account in the 31st minute on a 25-yard free kick to open the scoring to lead the Tigers to a 1-1 draw against the powerful Tennessee Lady Volunteers in their SEC home opener on Friday night at the LSU Soccer Stadium.

Fletcher certainly took advantage of her free kick opportunity in the 31st minute after senior defender Addie Eggleston was fouled just outside the top of the penalty area.

After sizing up her attempt, Fletcher fired a strike over the Tennessee wall that curled inside the top-right corner of the net for her first goal for the Tigers to give the home side a 1-0 lead. Tennessee goalkeeper Julie Eckel got a fingertip on the Fletcher’s shot, but was unable to keep the ball out of the net at the 30:57 mark of the first half.

After winning the ball in the midfield off an LSU goal kick, senior striker Katie Lenz played the ball to Brown in space in front of the Tiger back line. Brown picked up her head and rifled a strike from distance that was too hot to handle as LSU’s senior goalkeeper Megan Kinneman leaped high into the air to get a hand on it, but the ball bounded across the goal line to draw Tennessee level at 1-1.

Each team had their opportunities to end the match in regulation and overtime, but none were as dramatic as a chance created by Fletcher in the final minute after getting in behind Tennessee’s back line. Fletcher was played in behind the back line on a free kick by senior Alex Ramsey, but Eckel raced out to defend before Fletcher could get a clean look on goal. The ball popped out to freshman Summer Clarke in space in the left side of the penalty area, but Clarke’s effort with 38 seconds remaining was cleared off the line by one of Tennessee’s center backs tracking back to defend the goal.

The scoreboard read 1-1 after 110 minutes of action as the Tigers extended their home unbeaten streak against the Lady Volunteers to four-straight games as they are now 3-0-1 in Baton Rouge since the 2007 season.

The Tigers also ran their unbeaten streak to three-straight games on the year, following a 1-0 road victory over Rice in their non-conference finale on Sept. 15 and a 2-1 overtime victory in their SEC opener at Vanderbilt last Saturday night in Nashville, Tenn. LSU now sits in a tie for third place with Tennessee in the SEC standings as each has earned four points with matching 1-0-1 SEC records through two games.

The teams were not short on chances as both the Tigers and Lady Volunteers fired 18 shots in the match, while LSU held the advantage by a 10-5 count in shots on goal and a 4-2 edge in corner kicks.

The Tigers return to action on Sunday afternoon as they welcome the Mississippi State Bulldogs to Baton Rouge for a match that is slated to kick off at 1 p.m. CT at the LSU Soccer Stadium. The Tigers are riding an eight-game winning streak and an 11-game unbeaten streak against the Bulldogs with a 10-0-1 mark versus their former SEC West rivals since 2002.