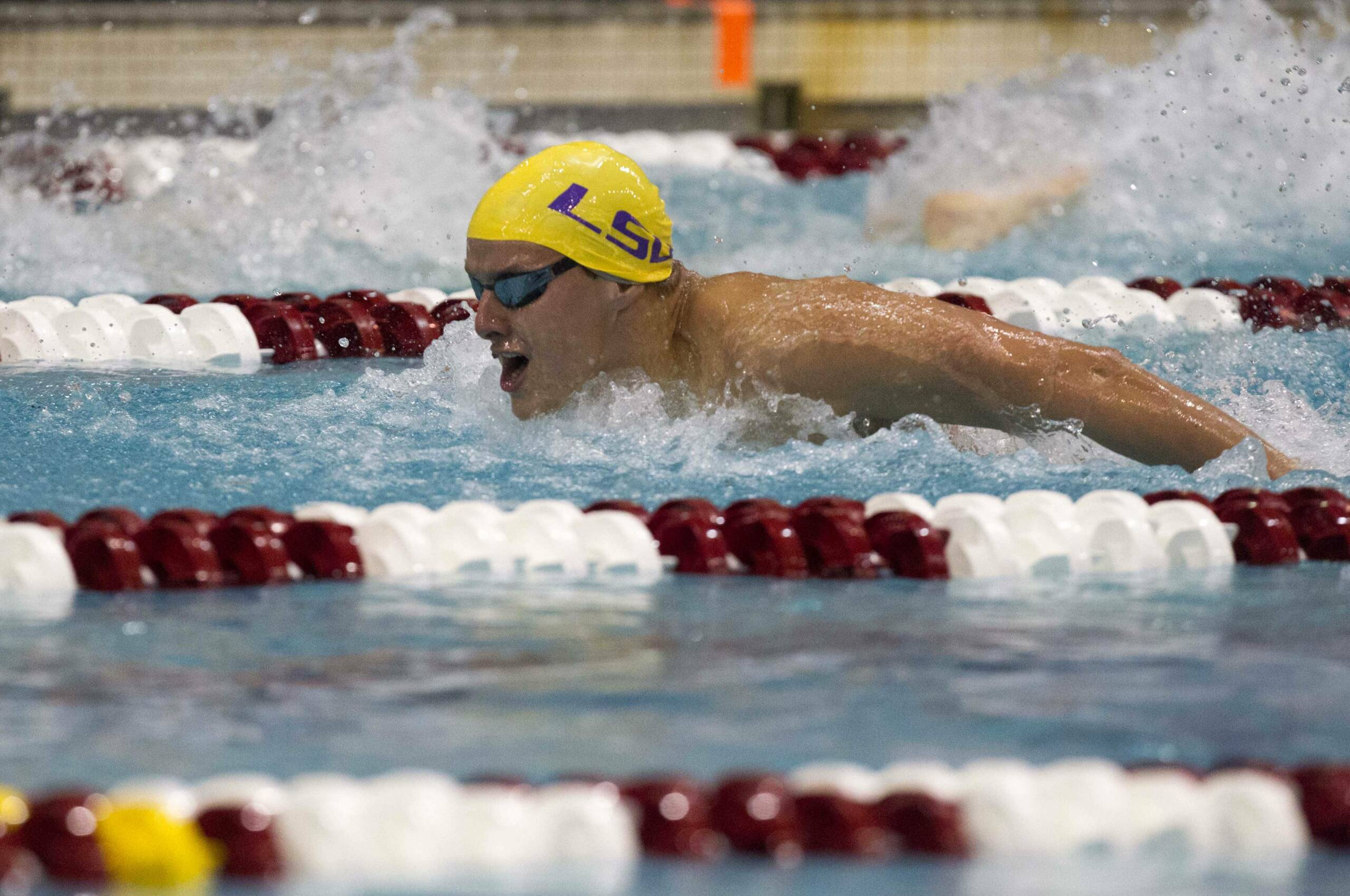 On the swimming side, points were given to the team that averaged the best time in a given event. Each swimmer participated in all five events as well as the relays. The divers were scored as normal and given points accordingly.

The teams were split evenly and the new format gave an opportunity to work on every event. It also allowed each individual to swim more than they would in a dual meet.

“On the women’s side it was great seeing them in that fashion,” LSU swimming coach Dave Geyer said. “This year we have a lot more depth when it comes to our dual meet lineup and it will only help. For the men, I was pleased with our newcomer’s performance. Daniel Swietlicki, Logan Rysemus and Brandon Goldman. I was also happy for Frank Greeff and his great performance.”

For the men, Greeff (gold) came in first place after winning the 100 fly, 100 yard IM, and being a part of the 200 free relay and 200 medley relay. In his first meet as a tiger, Swietlicki (gold) placed second for the men after placing second in the 100 backstroke and fifth in the 100 individual medley.

On the women’s side, freshman Kara Kopcso (purple) came in first after winning the 100 fly, 100 individual medley, and competing in the 200 medley relay and 200 yard free relay. Another freshman, Sophie Weber (gold) came in second after placing top five in four of her events.

“We did a lot of good things,” LSU diving coach Doug Shaffer said. “I’m encouraged in the strength and depth of our performance this early. Part of that is our group of experienced divers that train year round. We are able to start from where we left off rather than picking up brand new. Sean McKinney really stepped up and did some great things for us today though.”

LSU will officially kick off the season Friday, Oct. 18, at 11 a.m., when the men and women take on Georgia.